‘From the Shadows’ & other stories of the “Wee Folk”. 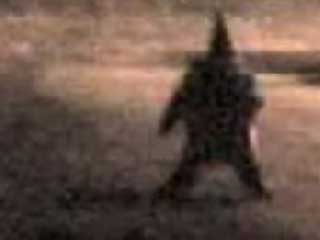 What ever happened to the “Gnome from Argentina” ? It spread like wildfire through the press, towns were in lockdown-mode as soon as the sun set in fears of the creature. A video surfaced of the creature but then it was soon forgotten. Appearing more like a hoax, the gnome from Argentina reminds us that there are people out there that have seen similar creatures.

Since childhood I can’t count how many times I’ve heard stories of Elves, Gnomes and the “wee folk” growing up. Stories of mischievous little creatures that torment the living.

One such story is from my grandmother. I’ve written about this story in an earlier post titled Lilliputian Hallucinations: A theory on the wee folk. Well to recap, my grandmother tells of nights when she would be harassed by these creatures while trying to sleep. She tells of how her sisters would refuse to sleep next to her since the creatures would move her bed and constantly taunt her.

Whether or not these events were real, or just hallucinations or embellished memories, my grandmother swears that she and her sisters saw these things. That not only would they move her bed, but when she would lay on the floor to avoid the bed, they would pull on the rug. Jumping over her lantern that she had placed next to her on the floor, she knew that these things were out to get attention.

Next is a story from Jason Offutt’s From The Shadows blog. In a story that was sent to him by a reader, we are taken into a story that is opposite of what my grandmother experienced. The following is not an account about annoyance, but of pure terror.

The Evil Little Man
The house sits on a large piece of land near the Tule River in California. Several outbuildings dot the property, but only one ever made Tammy quicken her pace as she walked by – the barn.

“About five years ago, my three kids and I lived in a house just off the river here in Porterville, Calif.,” Tammy said. “The lot we lived on was about 100 acres and there were five houses and one very old spooky barn.”

Tammy and her children had two dogs, a cat, two turkeys, six chickens and a couple of ducks, none of which would venture close to the barn. Some of the other animals weren’t as lucky.

“We had had a lot more chickens and ducks but they had started disappearing,” Tammy said. “I also noticed that none of the neighbor’s animals, or stray animals for that matter, would go anywhere near that barn. It was without a doubt just creepy.”

But the barn was on the way to the river, and they often had to walk past that building, its big doorway gaping and black as a pit.

“We always got the feeling of being watched,” Tammy said. “I am a bit sensitive to spirits and things like that anyway so all my nerves were jangling whenever I went past that barn.”

Often, when the sun began to set, Tammy and her children would notice their animals acting strangely, often staring at the old barn with trepidation.

“Many a night would pass that all the animals around us would be barking and howling and just going crazy,” she said. “I never saw anything and thought the dogs were just barking at each other.”

But one night she noticed not all the noises came from their animals. There was something else.

“Sometimes we would hear noises coming from the barn but always just figured it was rats or some other wild animal as we had all kinds,” Tammy said.

But then she saw the little man.

“One evening my son, who was seven years old at the time, and I had just come back from grocery shopping,” Tammy said. “We parked and got out of the car and as I was opening up the back to get the groceries out I noticed a movement out of the corner of my right eye.”

Tammy looked to her right but didn’t see anything. Then, as she lifted a grocery sack from the car, she saw the movement again.

“This time I heard a very freaky, very evil-sounding chuckle,” she said. “I looked in the direction of the sound and there standing about 50 yards from my son and I was what I can only describe as a gnome.”

The entity was about two to three feet tall. Baggy black pants hung from its waist and the “creature” wore a gold-colored shirt. It had a salt and pepper beard and hair that ran from beneath a red, pointed hat.

“That thing grinned at us and the creepy grin spread from ear to ear and its teeth were a gross brown and pointed or jagged,” she said. “It had a bulbous nose and large, deep-set eyes, though I really couldn’t tell the color of them. I never got a closer look at it and don’t know if it was wearing shoes or not because at that moment I dropped my groceries grabbed my son and ran for the house.”

Tammy reached the house, clutching her son close. Behind her the car trunk sat open, the groceries still inside, and a little, wicked man was laughing.

“We ran in the house where I promptly slammed the door shut,” she said. “I was trying to tell my daughters what had happened when we heard something moving in the garden under the living room window.”

As they looked toward the noise, the bent-over top of the thing’s red, pointed hat appeared in the window.

“I closed the blinds and moved away from the window,” she said. “The weird thing about seeing that hat under the window is that the window was about eight to 10 feet off the ground and that little creepy thing was only about two or three feet, so how was it able to be so close up to the window?”

Eventually, the thing left the window and Tammy retrieved the groceries from the car. She never saw the thing again, but until the day she moved, she knew it was still around.

“After that night whenever the dogs barked or howled we were pretty sure we knew what they were barking at,” she said. “We were also pretty sure of where our missing poultry had gone. From time to time we would hear a weird creepy chuckle and other noises coming from that old barn.”

Full source: From the Shadows