This video and blobsquatch video captures show what appears to be a white Bigfoot. I am going to go out on a limb and say that the possibility of this being a person in a suit is slim as the creature filmed is seen to move at a run on all fours as easily as on two legs. Does that make it a Bigfoot? Well, no, but it rules out a human, in my opinion, as easily as it rules out another great ape. What it does not rule out is video manipulation. What does that leave us? 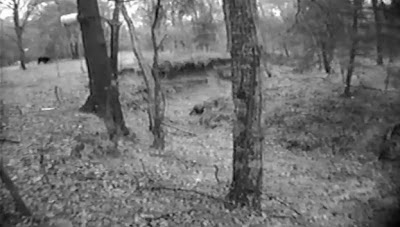 We’re not sure how recent this alleged Bigfoot footage is that M.K. Davis has in his possession, but it shows an amazing white Bigfoot on all-fours, and then getting up on two legs, sprinting out of view at an incredible rate. According to Davis, this alleged white Bigfoot came from the southern part of the United States. Davis also points out the sheer size of the Sasquatch compared to the cow in front of it.

Accompanying the footage is a “howl” audio lasting about 3 seconds. You can listen to this towards the end of the breakdown. 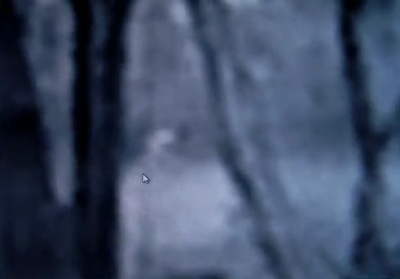 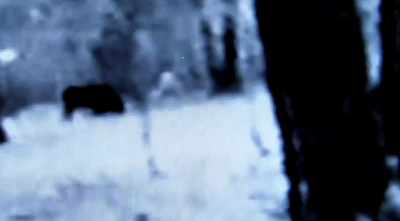 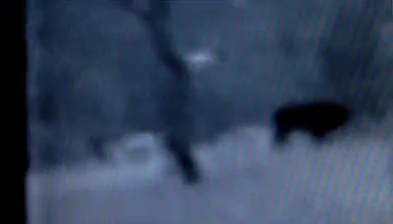 It leaves me wishing the person who set up the camera had gone out and looked for any prints, evidence of hair or any other evidence at all. It leaves me wondering what the camera was set up for to begin with?

Is this something all together different? I don’t want to go down that road, so I will stick with the most plausible of the least plausible explanations, A Yeti on vacation from Tibet visiting his cousin in America and enjoying some baiting of the locals.