Yeren Expedition On Its Way. Is China taking the lead in Crypto-Zoology research? Well, no probably not, but there is a growing awareness of the dangers if industrialisation in China and the hazards that poses to its wildernesses and its wildlife, and the environment in general. The first step to preserve an environment is to study it and its inhabitants so you can identify the impact of change. While the expedition being launched is not necessarily specific to Yeren research, at least it is acknowledged to be a potential item on the agenda. 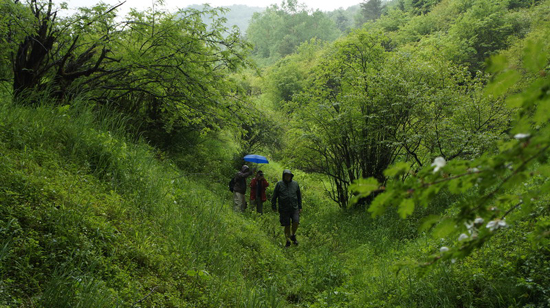 Located deep in the remote mountains of Hubei, the Shennongjia Nature Reserve has long been rumored to be the home of an elusive creature known in China as the “Yeren,” or “Wild Man” in English. [File Photo]

A group of 38 experts from several universities and research institutions will begin the expedition on July 8, according to a statement from the Shennongjia Nature Reserve’s management bureau.

The trip is scheduled to last through August, the statement said.

The group will focus on studying the region’s animals, plants and land features and will publish its research results later, it said.

More than 400 people have claimed to have seen the Yeren in the Shennongjia area over the past century, but no hard evidence has been found to prove the creature’s existence.

One commenter had this to say:

If China is seriously considering looking for bigfoot they have given the rest of the world just cause to laugh out loud at them. Bigfoot bleevers are morons.

What does China know that we don’t? In all honesty, it would seem that Crypto-zoology research is at about the same level around the world.

Another large scale expedition to find the Yeren was launched in 1980 and operated until 1985 near Songbai in the Shennongjia Forest. More than two hundred footprints were discovered and documented on Mount Quiangdao. These foot prints where roughly 18 inches in length with the average stride between footprints being 6 feet. Eyewitness accounts where also recorded but no Yeren was captured or photographed.

In 1988 several hairs, thought to have come from a Yeren, where examined by the animal biology department at Shanghai’s Huadong Normal University under the supervision of biology professor Liu Minzhuang. Atomic and chemical analyses of the hairs showed that the levels of calcium, iron and copper to be higher in the Yeren hair sample compared to nine other samples which included human, black bears, golden monkeys and orangutans.

According to the journal of Cryptozoology, some more detailed descriptions of the Chinese wild man are: the hairs covering its body are about three to four centimeters long, the male genitalia resembles that of humans, the female yeren has prominent breasts, and the creature gives a distinctive yell as part of its language.

Combined theories from accounts and observations of yeren stories claim that these creatures don’t live in communities, but males and females move about in pairs. Though they walk on two hind legs, the yeren can use all four limbs when running fast or when climbing. As old tales regard the yeren as man-eaters, most accounts claim that they eat fruits such as berries and nuts, sometimes insects, and empty corn cobs have been located in areas where the footprints were sighted.

The Yeren is a part of Chinese pop culture as much as Bigfoot is in the US, appearing in games and popular entertainment, and as a tourist attraction. Gigantopithecus is often raised as a likely candidate for the Bigfoot/Yeti/Yeren/Yowie. There is sadly little more evidence for the existence of Giganto than for Bigfoot et. al., a jawbone and a large collection of teeth. But one thing does give hope, that all that evidence comes from China. In the end, there is not more reason to believe that any large cryptids remain to be discovered in the world, whatever we may like to believe.

Some cryptozoologists have drawn a link between the Yeren and the extinct hominid Gigantopithecus, which formerly inhabited the general region. It has also been suggested that the Yeren is actually a new species of orangutan, one that is ground-dwelling, bipedal and native to mainland Asia instead of Borneo or Sumatra.

It is also thought that the Yeren might just be a legend. The Yeren apparently dwells in a region already rich with superstition and strange phenomena, including an inordinate occurrence of albinism in the local fauna, adding to its mystique. It has been connected with ancient Chinese legends of magical forest ogres and man-like bears.

Most reputable scientists, Chinese and Western, who have studied the Yeren case agree that almost all the physical evidence and sightings claimed by local people are unreliable and often fabricated, and that given the absence of any reliable evidence pointing that the yeren is likely to not exist

Well, at least they are looking, even if only by token of the fact the they are in the region anyway.