What qualifies as a UFO seen on another planet?

Humans have been sending cameras to other planets for roughly forty years now. Some people believe that some of those cameras have given us new evidence of the unexplained. Bringing that series up to date is the Mars Rover, Curiosity. For a robot it would seem to be getting more attention than a Kardashian some days. Of course it takes a UFO to get us to notice it. Not the first unexplained image to come from Curio’s cameras, here is the newest. Until next week. Now it is likely that since Curiousity is just the latest thing to go viral on the internet, scrutiny of its images is so unwittingly crowd sourced that any anomaly will be spotted and quickly identified as something…um, unidentified. But then Curiosity is on Mars, where pretty much everything we did not put there is unidentified. As to this object being an alien visitor? Or possibly a Martian craft?

Who Could It Be 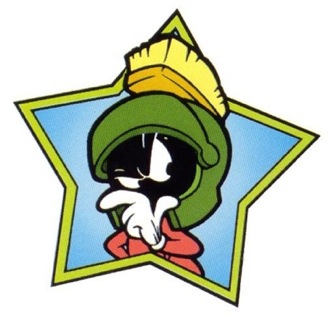 Let us for a moment consult the Usual Supects: 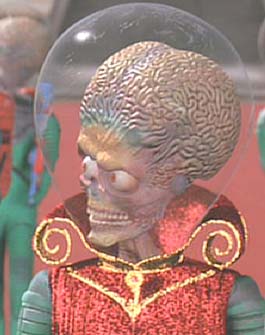 Well even a casual glance at the video shows odd pixelization around the object when zoomed in. Of course that will be explained as a field of some sort around the craft? Who here can say it isn’t? Except that if the camera has the resolution to see that field why does it not have the resolution to get a better close up image? Or it is an artefact of the zooming process, digital photography and transmission can do strange things to images. It would be a bit hypocritical to dismiss prior reported sightings of UFOs near the sun, or following Mercury in its orbit as digital artefacts and then claim that this pixelization is evidence of tampering. Wouldn’t it?

A few things we can say for (fairly) certain. This is not a bug on the lens. And it is probably not a frisbee. Nor is Curiosity pulling a hoax on us. That just leaves the other few thousand, hundred thousand, how ever many people out there pouring over every image from the rover for proof of aliens. And It does beg the question, why would they be visiting Mars? It is to all observation a dead world, and there is a living and pretty lively one right next door. We have drinking, and shooting, and people staying up all night. Sounds like a party to me. We are just dying for some attention over here and practically shouting to the neighborhood to come on over.

Oh, and did I need to point out that the camera is quite obviously pointing in a different direction in the second view? Even if there is an object flying around the Martian atmosphere looking for a all night taco stand, we wouldn’t likely see it by pointing the camera somewhere else.

Is there something in the first set of images? Yes, was it there when the picture was taken? To assume either way is to be as guilty of assumption as to say it is proof of aliens visiting Mars, or Martians out for an afternoon of flying. There is at least some justifiable reason for ET to come for a visit on Earth. Many people, from the laymen to members of the scientific community have postulated possible motives of alien visitation could range from colonization to mining to either benevolent or malevolent overlordship, or the conflict between the two.

Mars would seem to have very little to offer in any of those arenas unless we are going to add joy riding to the list.