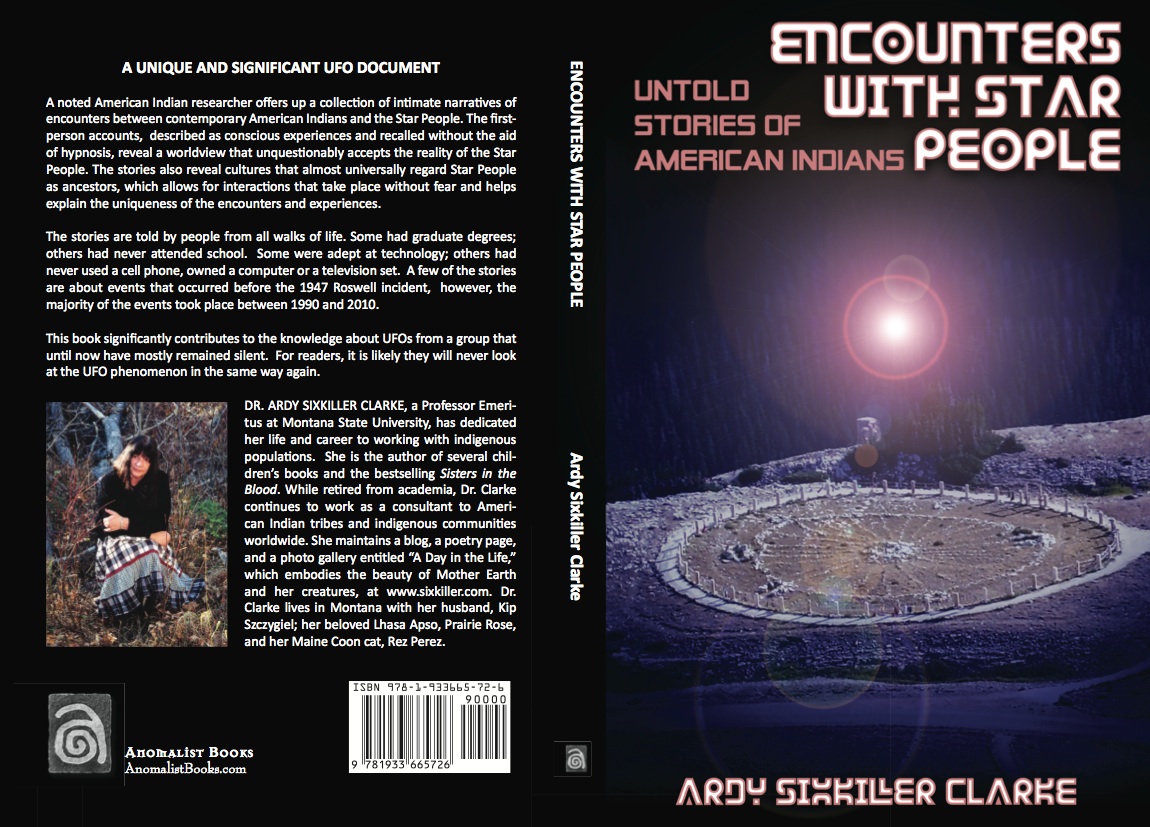 Gene and Chris of the well-rounded paranormal radio, The Paracast, recently interviewed the articulate professor & author Ardy Sixkiller Clarke. Clarke is the author of the book titled “Encounters with Star People: Untold Stories of American Indians”. The book is a strange look into narratives of American Indians and their encounters with the so-called Star People. The book is published by Anomalist Books.

A UNIQUE AND SIGNIFICANT UFO DOCUMENT

A noted American Indian researcher offers up a collection of intimate narratives of encounters between contemporary American Indians and the Star People. The first-person accounts, described as conscious experiences and recalled without the aid of hypnosis, reveal a worldview that unquestionably accepts the reality of the StarPeople. The stories also reveal cultures that almost universally regard Star People as ancestors, which allows for interactions that take place without fear and helps explain the uniqueness of the encounters and experiences.

The stories are told by people from all walks of life. Some had graduate degrees; others had never attended school. Some were adept at technology; others had never used a cell phone, owned a computer or a television set. A few of the stories are about events that occurred before the 1947 Roswell incident, however, the majority of the events took place between 1990 and 2010.

Listening to Clarke explain these stories of people’s recent encounters with aliens is definitely worth listening to. For a such an academician like Clarke herself, the stories of the native people carry such heavy proof that she’s devoted a lot of her time into researching these strange cases across the United States.

The Paracast: Encounters with Star People