Rosenheim Poltergeist: Looking back at the most documented haunting 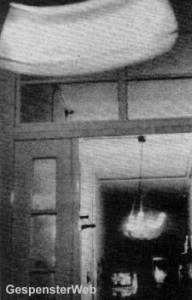 Swinging lights of the Rosenheim poltergeist

The office of the lawyer Sigmund Adam in the city of Rosenheim southern Bavaria had strange happenings that at first the employees thought were attributed to power surges.

In 1967 Mr. Adam’s law office suddenly started receiving mysterious phone calls with no answer on the other end. All four of the office’s telephones would ring at the same time, calls would be cut-off or interrupted on a daily basis. Mr. Adams, thinking that it was the equipment malfunctioning, had all telephones replaced only to find out that the strange calls still continued.

He then had a technician from the local telephone company come out and examine all the lines coming in to the office. The local telco did not find any reason why this would happen. It was not until Mr. Adams started to get charged for local calls made to the Talking Clock (number 0119 in Germany of a recording giving correct time). The telephone company charged Mr. Adams of making 6 phone calls per minute to the Talking Clock. Something physically impossible given the time it takes to dial the number and the time it takes for the other end to pick up (that’s when the charge is made)

In October of 1967 the lights in the building starting to act strangely. Light fixtures would swing on their own accord. They would turn on and off, as well as even rotate 90 degrees in their socket.

At this point Mr. Adams had the power company come out and check all circuits in the office. When everything checked out fine, they had installed voltage meters to measure the power surges flowing through the office. Sure enough, they recorded surges powerful enough to blow the fuses from the breaker box. Of course, no fuse was ever blown.

When their photocopier started to leak for no apparent reason, they cut off all power to the office and used a standalone generator to get electricity. The strange phenomenon continued regardless of them using the generator. When two Physicists heard of the strange electrical anomalies happenings in the small office of Rosenheim they decided to investigate. After several trips to the office and scientific investigation, the two Physicists came to the conclusion that this was beyond their own experience and could not explain it.

Catching wind of all the strange going ons, Hans Bender of Freiburg’s Institute of Paranormal Research decided to visit the place and offer some help.

After several interviews and research, Hans Bender noted that the phenomenon only started at certain times of the day and ended at certain times. Coincidentally when the young employee, Anne-Marie Scaberl started her office hours. Hans noted that as soon as she stepped in the office, the strange phenomenon started; and as soon as she left it ceased.

Upon interviewing the teenager, Hans Bender concluded that she was a highly strung teenager with a lot of emotional turmoil (she had repressed anger and disliked her work and employer). 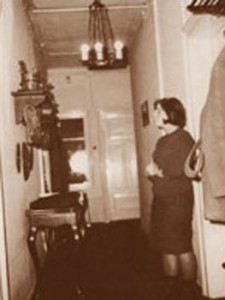 Anne Marie, who was thought to harbor poltergeist energy around her

December of 1967 and to January of 1968 the phenomenon expanded. Calendar pages flew off. Paintings would turn on their hooks, drawers slid from their desks. The most shocking thing was when they saw a heavy oak cabinet (around 400 lbs) slide a few feet without damaging the linoleum flooring.

When Anne-Marie left the job in the middle of January, the phenomenon ceased completely. It was documented that she had several other jobs in which the strange electrical phenomenon followed her. What was last hear from her was that her fiance had broken up with her when during a bowling game, she had caused the scoreboard to malfunction. After that, it’s said that she finally married in 1969 and the poltergeist completely stopped.

What makes this case so fascinating? It can be explained that maybe since Anne Marie was so troubled, she could have created this herself with some clever hoaxing. For what reasons? To get attention? possibly. What I think makes this case so fascinating is the amount of documentation done. Not just by one group, but by electricians, telephone repairmen, physicists and researchers. All to which could not really pinpoint the root cause except when Mr. Hans Bender concluded that Anne Marie could be the source.

It’s important to remember that the majority of poltergeist activities usually center around prepubescent children (especially girls who seem to have a more psychological change as well as biological) or the phenomenon focuses on such environments were negativity thrives, like with battered people or abusive environments.

We know that what happened in the city of Rosenheim was heavily documented and I believe there is some film that was shot of the phenomenon in action.