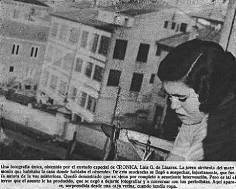 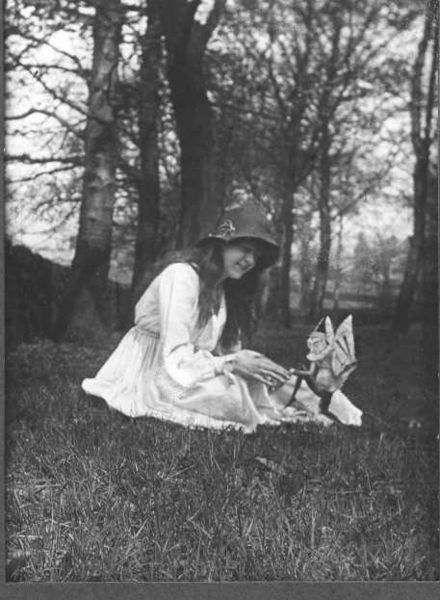 What scares the hell out of you?

Aliens? Ghosts?
Bending over to pick up your dog’s mess and finding out that the baggie has a hole in it a little to late?

There are two mythical (or not so mythical in some places) creatures that scare me. Zombies and Goblins. I can go on and on about the traumatizing effect that Zombies have had in my life, but what’s a bit more terrifying to myself are the “wee folk” or Elves, Elementals, Sylphs, Goblins whatever you want to call them. They are terrifying to me. It sounds silly that a grown man can say that he is scared of these little creatures, but the terror is legit.

Growing up in Mexico, I was always told stories of people running across these “Duendes“, which is spanish for Elves/Fairies/Goblins. The definition of a Duende to me was associated with the image of goblins. Small (usually around 18 inches) creatures that at times are described just like a human, or described to look like gargoyles whose sole purpose is to wreak havoc and scare the “dog mess” out of you.

I’ve written about them before, but it really is rare that I do mention them. I don’t believe that they exist. At least not in the typical form that many have told me about.

You guys want to know a secret?

When I was 13 or 14, I was a very impressionable (i.e. gullible) kid. You could have sat down and told me that a way to hide money is to bury it in a secret place, while eating anything that you had with you on hand and repeating over and over these words: “Eating <whatever food> I bury you; Eating <whatever food> I will take you out…”. With this, my Grandfather told me that in his time, this was what people would do. Bury their valuables to prevent anybody else (especially the Mexican Army and bandits during the Mexican Revolution) from digging them out. It had to be while you ate something, and said that particular chant that would essentially work as an invisible lock.

Eating ‘JuJy Fruits’ I buried a Piggy Bank. Something like $18.00 was lost. My brothers and sisters hated me for a while. Isolation.

So it was with this “impressionable” mind that I first laid my eyes on the infamous “Gnome photograph” of the Cottingley Fairies set.

This was the photograph that sent chills down my back. I was so scared when I saw this picture for the first time. I knew that it had to be real and what I was looking at was an authentic duende photographed. I feared it.

I’m not ashamed to admit that I was scared. After all, Sir Arthur Conan Doyle, who was considered an intellectual and renaissance man, had been tricked into thinking that these fairy photos were real.

So the Cottingley Fairies case was a frightening ordeal for me to read and research. I dove into the case and read books on it. I really knew in my young heart that these girls had actually managed to capture gnomes and fairies in a photograph. So by that logic, the stories that were told to me when I was younger had to be true. These things did exist. Oh god!

I really believed that I would encounter these creatures at least once in my life. I was really terrified. So then I grew up (or did I?).

Now I know the truth behind the Cottingley Fairies. What these girls had done to fool Sir Arthur Conan Doyle and the rest of the world. Clever girls.

But what about the rest of the stories about these creatures?

The stories that exist about duendes that have been extensively covered by investigators and various other people, only to find no form of trickery or natural explanation?

Do these stories actually exist?

The Palazon family, residing in an apartment complex on the “Gascón Gotor” street, encountered a frightening ordeal when they started to hear maniacal laughter and voice coming from inside their home. The family did not know what or who was causing this. As the neighbors started to hear these strange sounds coming from the residence, word started to spread about the strangeness that surrounded this building. 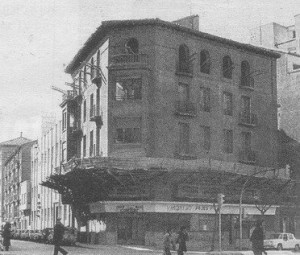 As it is often the case, the phenomenon or poltergeist quickly turned its attention to the young maid named Pascuala Alcocer. She had reported that the voice was tormenting her and coming from the wood stove. The family realized that she was not making this up. The voice was coming from the stove and seemed to have an intelligence behind it. It would interact and answer questions at times. As the news of this poltergeist spread, thousands, and I do mean thousands, of people took to visiting the building. Standing outside and blocking the streets, the spectators all came interested in hearing this so-called “duende of Zaragoza“. The word spread so fast and so wildly that the London Times had made a report on the case. Taking it upon themselves to “put an end to this circus”, local police and judges personally investigated the home and brought with them a few psychiatrists to analyze Pascuala. Informally putting the blame on her from the beginning.

While investigating, many found more and more evidence to prove that this was turning into a difficult hoax to uncover. The entity was reported to not only speak, but also to be able to see what was going on around the home. It would guess the number of people that were in a room at a time, it would interact with police officers directly when they asked it what it wanted. The police men would ask:

“Do you want money?”

It was said that when someone turned off the light in the room as a test, the entity would scream “Light! Light! I cannot see!”

With no real answers to the strange events, the judges, police and psychiatrists assumed that Pascuala was using ventriloquism to create this hoax. They were in extreme pressure to come up with a solution to this hysteria, that blaming the girl was the best way they could think of quieting the situation. Their theory of ventriloquism did not survive.

Soon, all the tenants in the building were evacuated. The whole block was quarantined and Pascuala was removed from the premise. An architect was called to examine the whole building, corner to corner. Even the army was called in to investigate the issue and cut all communications (radio/telephone) from the outside. The maniacal voice continued emanating from the wood stove, but now with a different attitude. It started yelling and insulting everyone in the room. Telling them that it would kill them all!

The investigators and architect were dumbfounded. Pascuala was nowhere near the neighborhood.

When the architect called a skilled mason in order to take some measurements of the kitchen, something else happened. The voice showed them it had knowledge of the building. While the man was measuring a certain part of the kitchen the voice said: “Don’t worry, it measures 75 centimeters.”. Of course when he measured, it was exactly 75 centimeters. The mason got up and left the building never to come back. Leaving his tools behind.

Arturo Grijalba was only a kid when the entity spoke to him. He was the building owner’s son and the only remaining witness alive to this story. While the investigation was taking place, he had wondered into the kitchen to take a look at this infamous voice. He noted that there were no residents in the building. Only police men were next to the stove and around the building, guarding the perimeter.

When Arturo turned to his dad and said: “Let’s go dad, this thing is crazy” the voice then replied: “Not crazy little one..” in a guttural response. Everyone heard it and were scared.

After two months of insults and threats, the maniacal voice suddenly stopped. Like in all poltergeist cases, it manifested quickly and without warning and vanished the same way. Never to be heard again. The only victim….Pascuala. 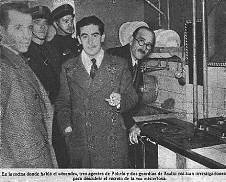 Pascuala was stigmatized with being the hoaxer. Since the judges nor police could ever solve this case, they blamed the girl and her ability to “throw her voice”. Even though skeptics had retorted with the argument that Pascuala was not ever near the neighborhood when these voices occurred during some of the investigations, the police and judges closed the case with blaming Pascuala.

She lived a very reclusive life after this whole ordeal had ended. Never fully recovering from the blame what was put on her, she refused to socialize with the people of the city. In old age, she gave an interview about this incident. When asked where the voice was coming from, Pascuala answered: “From the wall.”

Today, the building no longer stands. It was demolished in a draconian effort to shut that maniacal voice once and for all. In its place, stands a modern building with many residents which none have reported any strange occurrences. The name of the new building? 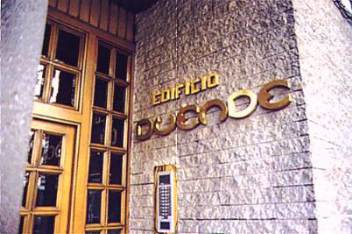 So then what do we make of this strange case?  It was investigated by the government and various people of credibility. None of which came up with an answer. Was it a hoax? was this just an expensive and poorly investigated case?

Whatever the case may be, the truth, much like the rubble that was once a fully occupied building, is long gone. Turned to dust. Many took it to their graves claiming that what haunted the people of Zaragoza was real.

Was it a duende? can they really exist?

I don’t know. I’m torn between the credible witnesses of this case and the fear of being labeled a gullible individual like sir Doyle was once labeled.

Today, I know I’m far from being gullible. As a kid, was I really tricked by my grandfather?

All I know that exactly 18 steps away from a distinct tree I buried the piggy bank in a small whole in the ground. Eating the candy and chanting.

A week later I had ran out of the ‘JuJy Fruit’ candy. 18 steps away from that same tree I dug a 7ft wide and 2 ft deep whole. Never to find the money again. Isolation.