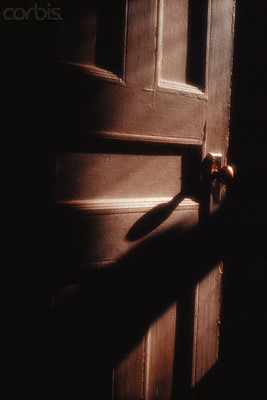 The following was submitted by Tim P. of Southern California. It was sent to me as a short email in hopes of figuring out what is going on in Tim’s house.
At first I was going to suggest to Tim that he may have a neighbor that is having too much fun at Tim’s expense, but when I read about the growl and the sulfur smell I think this might be something else.

I’m not going to jump to any conclusions about this being paranormal, but if Tim’s account is true, then there is something here worth investigating.
I’m emailing some contact I have in the L.A. area so that they could share some light, or might be willing to investigate this themselves. Read Tim’s terrifying ordeal and let me (and Tim) know what you guys think.

I’ve been a reader of Ghost Theory for a few months now. I originally found it through Google while searching for ghastly encounters similar to mine. I enjoy it very much, and always share interesting articles on Facebook.

I would like to share my encounters with you. I live in a townhouse with my girlfriend and 2 dogs. From the very first night staying here we were pranked by a ringing doorbell. No one was ever outside. The doorbell has been ringing pretty regularly over the past 2 years. It typically comes in threes, and it’s gotten to the point where we don’t even stop what we’re doing to see if any human is actually there. One night I ignored the three rings until it must’ve rang ten times in a row to get my attention. I went toward the door and asked, “Is anybody there?” loud enough for a human to hear. Immediately after muttering those words the doorbell rang three time without stopping. Creepy.

It’s gotten worse. My girlfriend and I have both recently felt something touch or brush past us when there wasn’t anything there. We’ve also twice noticed a burning and/or sulfur scent over the past couple weeks. I’ve researched a little bit on this scent phenomena and the internet tells us it could be a demonic presence.

But the scariest thing was when it growled at us. We both heard it. I was laying in bed with the dogs, my girlfriend was downstairs when we heard it. The dogs went nuts, and she and I both knew what we heard.

I’ve lit sage, hung a red bag with iron nails nailed into a cross above our doorway, and we’ve both been wearing pentagrams around our necks. I’ve since contacted a “white witch” who I’ve known for some time. I am still awaiting to hear back from her though. And I’m also planning on running a night-vision camera (with sound) to see if I can pick up any tangible evidence.

What do you think? Have you heard of any similar stories?

Thanks for your time
Tim P.