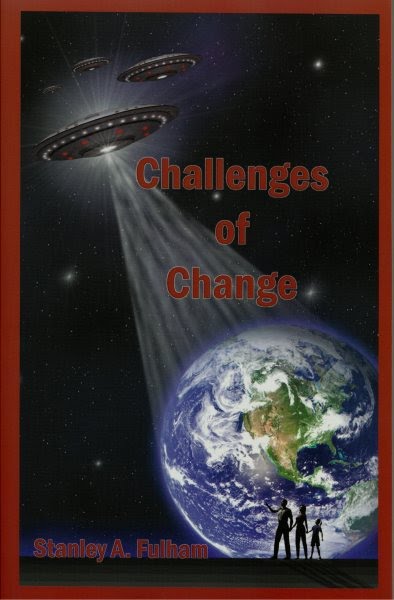 Retired NORAD officer Stan Fulham is back on the news. You might remember Mr. Fulham from the “NYC UFO” mess. When a few months ago, Fulham had predicted that UFO crafts would hover above New York City on October 13th 2010.

On the morning of the 13th, to my surprise, my inbox was flooded with emails from all over about possible UFO sightings over NYC. Sure enough, on the afternoon of the 13th there was some hysteria in NYC. People were reporting strange objects hovering above Chelsea and other parts of NY. I was even surprised that GT was mentioned on the news site HuffingtonPost.

After covering the events all day (and week) here on GT, I, as well as the readers, assumed that this was all just mass hysteria over balloons that an elementary class had released during a class party.

Some still speculate that there was something otherwordly hovering above New York that day.

Some new predictions from Mr. Fulham have been made public recently. In them, he predicts several other UFO manifestations over major cities like Moscow and London all within a few weeks from now.

I’m sure you guys are interested in the developing news about this, as I am. I think I’m more interested in the social implications this turn of events tends to bring. The hysteria, the controversies and conspiracies that come from such predictions.

Can Stan Fulham predict UFO manifestations? More importantly…Who really is Stan Fulham and what does he know?

Stanley Fulham, a retired NORAD officer, has been given further predictions concerning the appearance of extraterrestrial spacecraft/UFOs over major world cities. In an alleged communication with a group of extraterrestrials called the “Transcendors” he was recently told that extraterrestrial vehicles will first appear in early January 2011 over Moscow and then one week later over London. Fulham’s latest set of predictions are noteworthy since he successfully predicted UFOs over New York City on October 13, 2010. Shortly after the UFOs appeared, the FAA Westbury radar facility responsible for three major airports in New York City was evacuated for an hour leading to flight delays/cancellations at La Guardia, Newark and JFK airports. According to a reliable source, similar radar disruptions occurred at a major Chinese airport in the region of Hangzhou in July 2010 after UFOs appeared, leading once again to flights being delayed/cancelled for an hour. If UFOs do appear over Moscow and/or London in early January 2010, any flight disruptions at nearby airports will help confirm whether or not Fulham’s predictions are accurate.

Fulham’s latest prediction was given to him soon after the UFO appearance over New York City on October 13. This is what Fulham said:

In my last ‘Reading’ with the Transcendors on Tuesday, October 2010, the Transcendors advised me of the following predictions on the Pleiadian’s UFO displays:
A. There will be a major UFO display over Moscow between the end of the first part of January 2011 and the second week of January 2011.
B. This ‘display’ will be followed by a major display over London approximately seven days later.
C. Interventions will then accelerate, not so much over our cities, but dispersed over our continents with sightings increasing in duration. The intent of these interventions is to increase mankind’s acceptance of the alien phenomena, so that hopefully, we will be prepared to accept a face-to-face encounter and communicate, perhaps as early as next year (2011).
During the October 13 UFO sighting in New York City, the media was quick to attribute the sighting to party balloons launched from a nearby Mt Vernon elementary school around 1 pm. This was despite the fact that the UFOs were first sighted in the morning of October 13, and continued throughout the day. Most remarkably, the FAA radar facility was evacuated later in the day due to an apparent gas leak that led to temporary airport closings at La Guardia, Newark and JFK. The FAA explanation was likely a cover story that attempted to hide any possible link between the temporary radar disruption and the UFO appearance.

On July 7, 2010, similar circumstances happened at a major Chinese airport in the Hangzhou region when a UFO appeared nearby. According to a reliable source, the UFO directly interfered with the airport radar system closing the airport temporarily and leading to the re-routing of flights. This is what Neil Gould from Exopolitics Hong Kong had to say about his source concerning the Hangzhou UFO incident.

A reliable Source which must remain anonymous has said that the UFO was first noticed by an airline but prior to being reported, the radar in the control tower suffered temporary failure.
If a UFO does appear over Moscow, it will not be the first time in recent history. On December 9, 2009, one day before President Obama was awarded the Nobel Peace Prize, a one mile UFO pyramid allegedly hovered over the Kremlin for several hours. The UFO appeared to be related to a mysterious spiral that appeared shortly before over Norwegian skies.

Fulham’s successful October 13 prediction of UFOs over New York has gained the attention of this writer and many others given the rare success of such predictions. The fact that New York’s three major metropolitan airports were temporarily closed during the UFO appearance, as happened earlier in the July 7 incident in Hangzhou China, does suggest a relationship between UFO sightings and radar operations. If UFOs do appear over Moscow and London in early January 2011, one way to confirm that they are extraterrestrial in origin is whether nearby airports in Moscow and London are affected in some way. One thing is certain. Fulham will gain even more global attention if his latest predictions prove to be accurate.