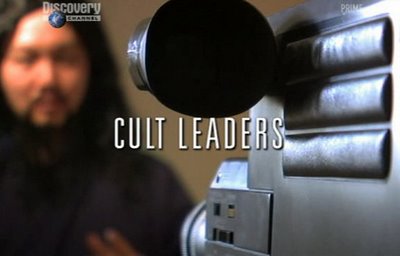 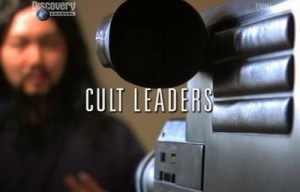 Sorry guys. Today’s “Friday Video” has been delayed. Last night my girlfriend and I decided to take a trip up to San Francisco and visit family, so I spent much of my time on the road.

But….here we are and I have this good documentary on cult leaders that I watched the other day. It’s pretty interesting stuff. If you’re into psychology and Uhm…crazy people.

I don’t have any personal experiences with cults or cult leaders, but I’ve read about Manson, Koresh and Jones. I don’t want to start a flamewar or anything, but the other day I was reading an article about Billy Meier and it claimed that it was possible that a reason why he claimed special and intimate knowledge about human life, the world and space travel and prophecies was because he might have wanted to start a cult for himself.

Meier’s U.S. representative, Michael Horn, could better answer this for us. He’s been active on GT answering questions and comments that many of you have left. No disrespect to Horn or Meier, but it’s not that difficult to see why many people could think that forming a cult could be Meier’s goal.

Cults are interesting. Some mimic others and some take from others. Some are so outrages with their claims that you just gotta sit there for a minute and shake your head. The Raelian UFO cult is something that is literally out of the world.