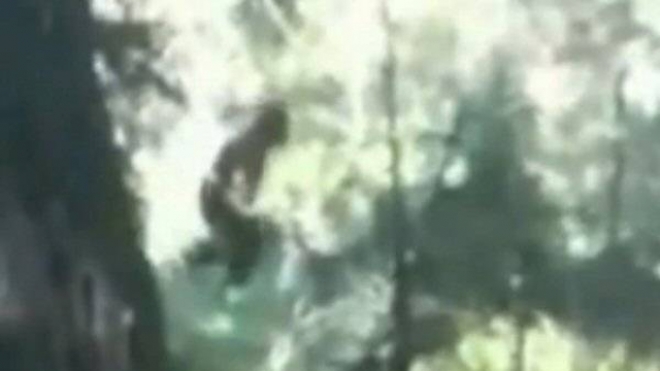 Over the weekend I saw that the following video had made a significant buzz around the internet. It’s the Spokane Bigfoot video. Aptly named the ‘iPhone Bigfoot Video’ because it was captured using a cellphone.
As it usually ends up, the video is inconclusive. Not because it is a ‘blobsquatch’ or because it’s barely visible, but because it is purely inconclusive.

Yes, it’s a bipedal creature running in the background, but that doesn’t mean it’s Bigfoot. It could be another person from the group who has wondered off or is playing a prank. Or it could simply be someone out spying on the group. Deliverance style. *gulp*

Stabilized version of the original hiking video uploaded by samantha13950:

While hiking, we accidentally caught an image of bigfoot walking through the woods. I didn’t even notice until I got home and saw it on the computer! This scarred the crap out of us!

All in all, it’s not an impressive video, but it does raise a lot of speculations. What do you think it is?