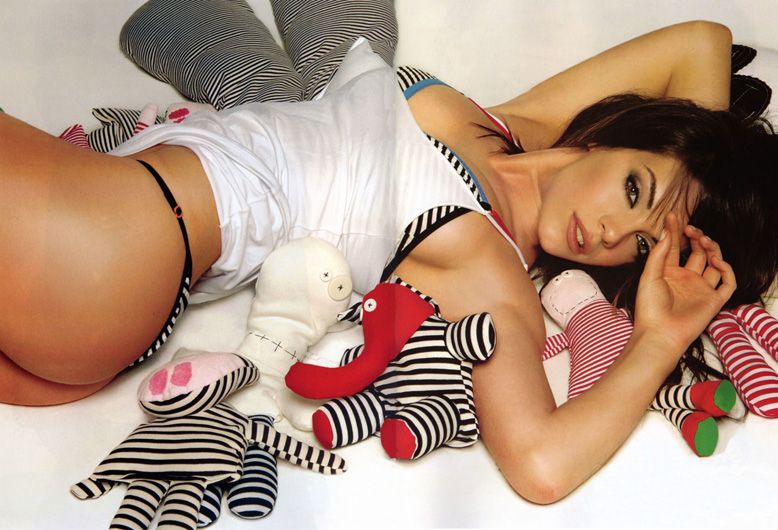 Disembodied footsteps, voices and strange knocks were experienced in that house. A house that her brother now owns and resides in. Of course, one always disregards these types of stories as them being a child’s imagination. This would seem to be the case for Emilia Attias except for one thing; there appears to be evidence to support her claims. 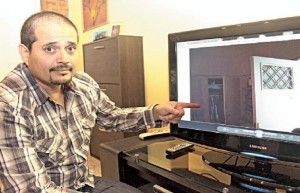 Recently, a contractor was hired by the family to remodel the old home. Darío Heredia, who owns DH Working, a construction company in Argentina was taking photographs of the home for a before and after comparison look. When Dario photographed the house, there was no one there except himself and the home owner.

Upon viewing the photos at his home, Dario’s wife was the first to notice a strange figure in the photo. It looked like a person hidden in the closet. Upon closer examination of the photo, Dario and his wife are convinced that they photographed a ghost.

What we see in the photo is what appears to be a person inside a closet. They appear to have one arm up, as if signaling something to the photographer. According to Dario the contractor, there was no one there at the time the photograph was taken. To make matters even more eerie, the Argentinian news paper, Cronica, investigated the claims and in turn found out from the neighbors that before Attias’ family moved into the home years ago, a family with several children resided in the house.

The neighbor recounted that on one day, one of the young boys had drowned while swimming. The tragedy forced the previous tenants of the house to move out. Ever since then, the neighbors had heard the rumors of the strange goings-on inside that house. 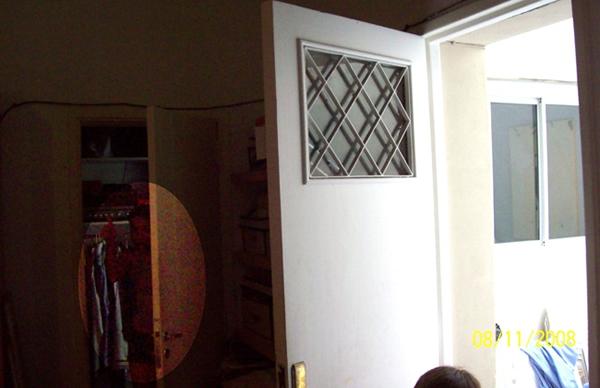 The supposed “ghost” can be seen on the right hand side of the photograph. Although hard to see at first, when the photograph’s contrast is change, we can make out the “ghost” even better: 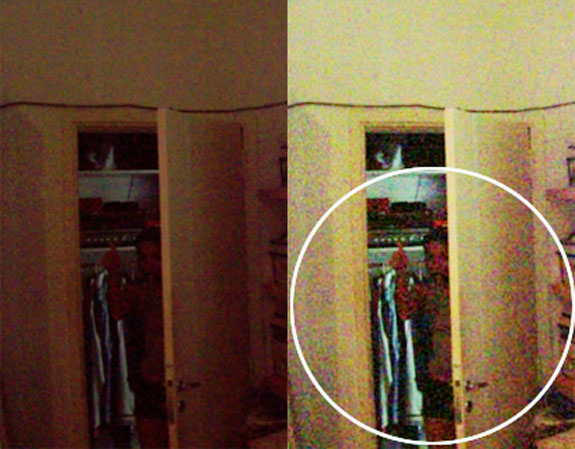 The running joke online is that the contractor accidentally photographed Emilia Attias’ lover who was hiding in the closet. That rumor quickly died when the media reported that Emilia had not lived in the house for years now.

So what is it that we are looking at?

These types of photographs remind me of the infamous “Three men and a baby ghost photo” that was made public in the early 90s. That photographed was published on various newspapers around the nation and caused 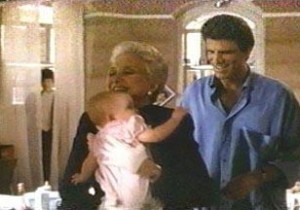 quite a stir. It was rumored that the mother of a child who had died by suicide had let the movie studio film at her house. Upon viewing the movie, she had recognized her dead son in the background of the movie. Of course, this was all dispelled as a rumor and hoax. The “ghost” turned out to be a cut out of Ted Danson

Is this the same thing we see in the Emilia Attias photograph?

Ghost or not, this photograph is rather unusual.