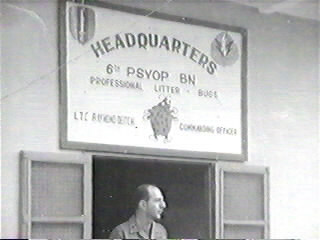 War is ugly. No matter which way you paint it, the senseless act of killing other human beings for power is one of mankind’s oldest downfalls. The destruction that a war leaves behind scars battle fields, people and history. Many of those who are unfortunate enough to have fought in war know what the true detrimental factor of war is: Post Traumatic Stress disorders.

During the Vietnam war, the American army found themselves fighting a losing war. The opposition’s belief and determination was stronger than anything that the American GIs had ever seen. So much so, that the US Army deployed heavy Psychological operations throughout the chaotic jungles of Vietnam. One infamous tactic became known as the “Wandering Soul” operation. 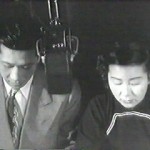 American forces decided to play upon the Vietnamese customs and psychology by exploiting their beliefs in the afterlife. Wandering Soul, as it came to be known, was a recording created by the US Army’s Psyops division with the help of south Vietnamese nationalists. The recordings exploited the Vietnamese belief in spirits and the afterlife by playing a pre-recorded conversation between the ghost of a man and his living daughter, in where the father’s tormented soul cries for his family and warns his fellow men to “Go home! … Go home friends!”

A male voice was recorded through an echo chamber that represented the soul of the dead soldier. In some cases, the recording was actually too persuasive for its own good. The tape was so effective that we were instructed not to play it within earshot of the South Vietnamese forces, because they were as susceptible as the Viet Cong or North Vietnamese Army.”

“…One wartime news story tells of the operation at Fire Support Base (FSB) Chamberlain. It was published in Tropic Lightning News, 23 February 1970.

“If you were a Wolfhound of the First Battalion, 27th Infantry, 25th Infantry Division, and were at Fire Support Base Chamberlain on the night of February 10 you might have sworn the place was being haunted by poltergeists, ghosts that is.”

Soldiers were equipped with loud speakers rigged onto their backpacks and sent out into the deep jungles in efforts to persuade the Viet Cong to abandon the war effort. The Wandering Soul tape was effective not only against the northern military, but with civilians as well. When Vietnamese villagers would hear the hauntingly ghostly moans emanating from the jungles, they would return to their villages to hide.

The recordings were hauntingly depressing and terrifying to the Viet Cong. The following is the translation of the “Wandering Soul” recording:

(Funeral Music and the Wailing Sounds of a Moaning Ghost)
(The Daughter “Hai” Crys Out for Her Father)
Daddy, daddy, come home with me, come home. Daddy! Daddy!
(The Ghost Father Responds)
! Hai ! Who is that? Who is calling me? My daughter? My wife? Your Father is back home with you, my daughter Your Husband is back home with you, my wife But my body is gone. I am dead, my family
Tragic … how tragic
My friends, I come back to let you know that I am dead … I am dead I am in Hell … just Hell It was a senseless death. How senseless … how senseless But when I realized the truth, it was too late … too late
Friends … while you are still alive … There is still a chance that you can be reunited with your loved ones Do you hear what I say?
Go home … Go home friends Hurry … If not, you will end up like me Go home my friends before it is too late
Go home! … Go home friends!
! Ve Di ! … ! Ve Di Ban ! !! VE DI !! … !! VE DI !!
(More Moans From the Afterlife)