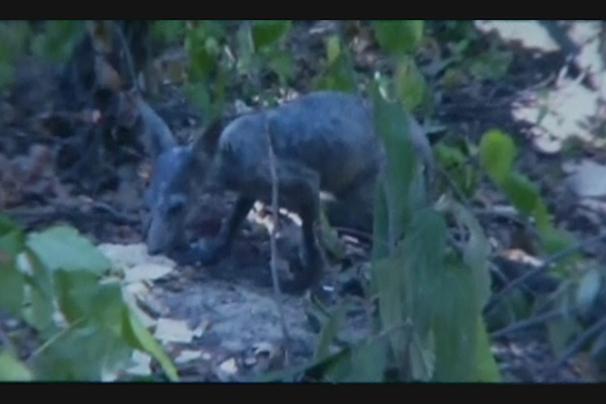 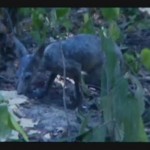 Scott’s post on the “mystery creature” that was trapped and released raised some speculation as to what this creature could be. Of course the major headlines tagged this as a possible Chupacabra, while others talked about a mutated animal that  had escaped some government lab. Well at least I read that on some online forums.

The Washington Post is reporting that this poor creature was nothing more than a fox suffering from a bad case of mange.

Paul Peditto, the director of DNR’s Wildlife and Heritage Service, said in an e-mail that the creature is a “classic example” of a fox with mange, as many commenters had guessed.

It has the tail of a rat, the ears of a coyote and the head of a deer. And it’s slinking through the woods near the Prince George’s Hospital Center in Cheverly.

So what the heck is it? That had been a mystery since the creature was briefly trapped last week, but now an official with the Maryland Department of Natural Resources has identified it.

Paul Peditto, the director of DNR’s Wildlife and Heritage Service, said in an e-mail that the creature is a “classic example” of a fox with mange, as many commenters had guessed.

“Like all wild animals, especially canine species, people should avoid feeding or otherwise attempting to befriend this critter,” Peditto wrote. “Mange affects a portion of most wild fox populations and is often unpleasant to observe but not something to be otherwise alarmed about or requiring additional human intervention.”

Mange is caused by mites that burrow into the skin of the animal. One of the symptoms of the disease is fur loss, which this fox is clearly suffering from.

Peter Jayne, the DNR’s Game Program Manager, added a few more details. He said he thought it was a red fox. He said most foxes with this degree of mange die of exposure, when the colder months roll around.

Jayne said humans can contract mange by coming in contact with an infected animal, but that it is rare.

Some workers at the hospital center lured the mystery creature into a trap last Thursday, using chicken and Chinese food, and shot the intriguing video that aired on WRC (Channel 4).

“It’s a kangaroo, dog, rat, mixed,” X-ray technician Joe Livermore told the news station at the time. “I don’t know what it is.”

Workers on smoking breaks have spotted the creature on-and-off since the beginning of June. After shooting the closeup video of the trapped creature, the workers released it back into the woods — and local mythology.

The workers have dubbed the creature Prince Chupa, after the legendary, blood-sucking chupacabra that pops up in the lore of some Latin-American countries.

The Buzz had guessed the animal was a hairless dog, but I guess that’s why we’re journalists and not biologists.