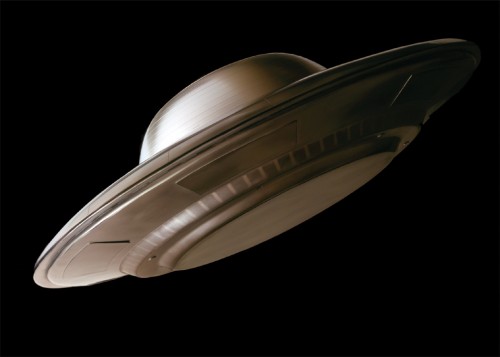 The following video is of a UFO over Laredo TX. Witnesses claim the occurrence happened around 4:00am Tuesday morning when a strange blinking light was seen.

Some witnesses say they had seen the same UFO on Monday as well. Others claim that it, at times, split in two and then re-merged as it flew from South Laredo up to Central Laredo. Many claim it was flying very low in the sky and it wasn’t a helicopter.

Facebook was burning up with comments on the event as witnesses described the strange aerial phenomena. It was said that the UFO finally flew back south again following Highway 83 before disappearing.

Dozens of Laredo residents woke up to see a bright light in the sky that some say they just cannot explain.
Many people are now saying what they saw was a UFO in the sky over south Laredo before four this morning.
But not everyone believes it.
Annette Garcia has more.
Caught on camera.
This video shot a Pro 8 News viewer allegedly shows a light some say is coming from a UFO.
The light that seems like an ordinary star shone brightly over Laredo around four Tuesday morning.
Its the second night in a row its been spotted.
Witnesses took to the Pro 8 News facebook page posting details of what they saw.
One person said the light seemed to stay in one spot.
Another said he and his wife saw it between two and four a.m.
It was a bright white light and turned to two, then back to one.
Witnesses say it was flying around the south Laredo area, then flew back up to central Laredo towards loop twenty and then back around and down highway 83 before it disappeared.
Flying too low to be a commercial plane but was completely silent.
Residents in the Chacon creek area say the see helicopters daily and this was no helicopter.
Over 150 comments flooded another facebook page commenting on the sighting that has believers intrigued.
“I think so. I think we have visitors sometimes.”
“I’ve seen a movie and when I see it I think yeah there’s other aliens out there and different creatures.”
The topic is one that catches the attention of many people across the world.
There have been large investigations even some coming forward with what they say are top secret government documents that prove there are visitors from other planets.
There are some who are taking the sighting very seriously wondering what was seen in the skies of Laredo last night. But for others it’s more of a laughing matter.
“Do you believe in that kind of stuff? No I don’t.”
“No. I don’t believe in UFOs.”
In fact there were many who heard of the sighting early this morning saw the facebook posts ran outside to see the light and it wasn’t there at all.
For some just a joke, for others, it’s proof that we are not alone.
“Not by a long shot .. not by a long shot.”
We did speak with airport officials just a few minutes ago.
They say there were no flights leaving from the Laredo Airport but there were flights in the area.
And by the way, the Webb County Heritage Foundation will be hosting the first-ever Laredo UFO conference in November. “

Hmmm, a blinking light in the sky. I for one am not impressed but then again I wasn’t there. I’m sure it was quite the spectacle in person.

One last point, the UFO was said to follow along Hwy 83 before disappearing. Don’t light aircraft often follow roads when flying at low altitude?