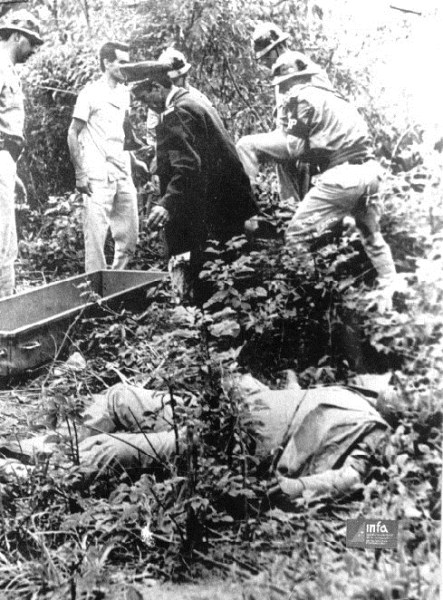 Gruesome discovery by a teenager lead to the infamous case

It’s 1966, Jorge da Costa Alves finds himself flying a kite one afternoon in the nearby Vintém Hill, in Niterói, Rio de Janeiro, Brazil. As the 18 year old Jorge walks around Vintém Hill, he makes the macabre discovery of two bodies laying side by side in the tall weeds. The bodies were of two men, who appeared to be dressed identically. Both men were dressed in matching suits and wore impermeable coats. Which wasn’t out of the ordinary since the area had been drenched by recent showers. What was out of the ordinary were the protective lead masks over their faces. The type of masks used to protect against radiation poisoning. Here, laying dead in the rain-soaked vegetation of Vintém Hill are two mean in suits, a rain coat and lead masks over their faces.

As young Jorge realizes that he just stumbled onto two dead bodies, he makes his way to the nearest phone to call in the find. The local police and journalists tried to put the puzzle pieces together from what little evidence they had, only to come out scratching their heads. 45 years later the mystery known as the “lead masks case” is still riddled with theories such as suicide, murder and alien abduction. 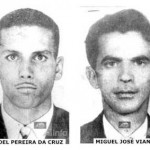 Manoel Pereira da Cruz and Miguel José Viana were electrical engineers who made a living repairing televisions. As the story goes, the men lived in Campos dos Goytacazes. An area north of Rio de Janeiro. The two were good friends and were often seen working together. On August 17th, 1966, the men had mentioned to their relatives that they needed to buy some supplies for work and would be gone for the afternoon. The men then hopped on a bus heading to Niterói. Three hours and one hundred and sixty miles away. Three days later, on August 20th, Jorge stumbles onto the bodies of the two television repairmen.

Police and journalists make their way to the bodies only to find them in a severe state of decomposition. Immediately the investigators make note of what was found near the bodies. An empty bottle of water, a package containing two towels and a notebook with what is described as a cryptic note. 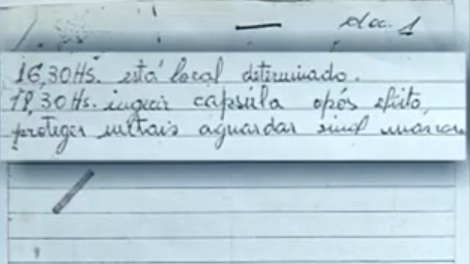 “16:30Hs be at the determined place.  18:30 swallow capsule after effect protect metals wait for mask signal.”

I wonder what the detectives thought of when they read the cryptic note. Suicide? Maybe. But what about the lead masks? Murder then?

If Manoel Pereira and Miguel José were murdered, what was the purpose? Obviously money would be an objective, but I doubt both men had a lot of it. Could it be some form of cult-like suicide? No mention of any cult or religious activity has been pinned to the dead men by friends and relatives. 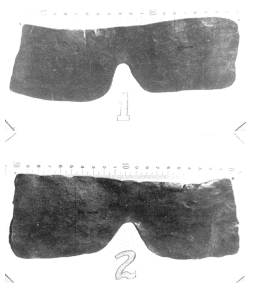 If we step out of our realm for a momentary alternate explanation, we can ask if the men were time travelers. Could these men have been ages ahead of 1960s technology and actually found a way to travel through time? This theory is a popular one when 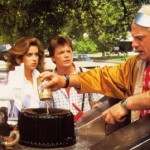 discussing the “lead masks case”. People speculate that since both Manoel and Miguel were fascinated with UFOs and electronics, maybe they had found a way to bend space and time in such manner that allowed them to glimpse or visit distant worlds. Which sounds like a far-out theory that reminds me of some other scientist, one who wore a permeable coat and radiation protection mask as well.

But come now! Let’s get serious for a moment. We all know what this mystery is about, don’t we? I’m talking about UFOs people!

Both Manoel Pereira and Miguel José were avid UFO enthusiasts who were aware that 160 miles away was a recent UFO hotspot. Vintém Hill was known as a local UFO hotspot after many residents claimed to have witnessed strange aerial lights. As one theory suggests, the men were in contact with extraterrestrials and had made the 160 mile final destination with the intent of committing suicide to join the mothership. I wonder if Manoel and Miguel wore these Nike shoes?

Yes, that’s the infamous “Heaven’s gate suicide” photo with the members shown wearing Nike shoes. Something of a pop culture phenomenon I suppose.

Of course I use it not to make light of the mass suicide that occurred in 1997, but to point out that the “Heaven’s Gate” cult believed that suicide would assist them in getting on board an extraterrestrial mothership which they believed was following the Comet Hale-Bopp.

Maybe this is how E.T. harvests humans, by communicating with us telepathically and telling us that in order for us to hitch a ride with them, we must kill ourselves first. If that’s the case, E.T. is one evil-trolling son of a bitch.

So then, what really happen on Vintém Hill ?

Did the men make contact with a UFO? Or were they the victims of a robbery gone wrong? If we opt to go with the robbery explanation, then what do you make of the cryptic note, the distance traveled by the men and the fact that no signs of foul play were found?

Now, if you were to go with the UFO explanation, then you will be surprised to learn that residents in Vintém Hill, had reported seeing strange UFO-like lights near the vicinity in which Jorge, the kite-flying teenager, had his world flipped upside down when he met the men in the lead masks. 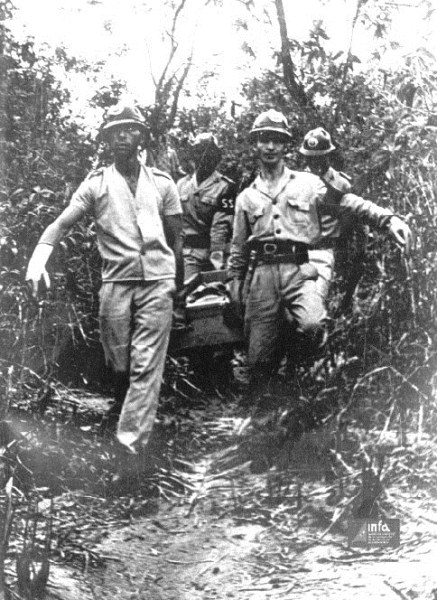