Nicolas Cage Accused Of Being a Vampire: No Really! 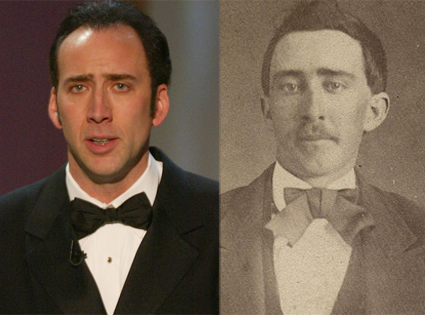 An Ebay seller going by the name of Jack Mord is selling a Civil War Era photograph of what looks to be the spitting image of Nicolas Cage. The asking price? 1 million smackers!

While Mord may be just using the vampire shtick to sell the photo, it is rather eerie. In fact, Cage himself has not denied that he is in fact..*cough*..a vampire.

Records pulled from the NY Daily News claim the photo was taken in 1864 at Johnson’s Island prison camp in Ohio where Cage…Err, I mean the confederate soldier in the picture was being held.

And here I thought for sure that Nicolas Cage was this guy: 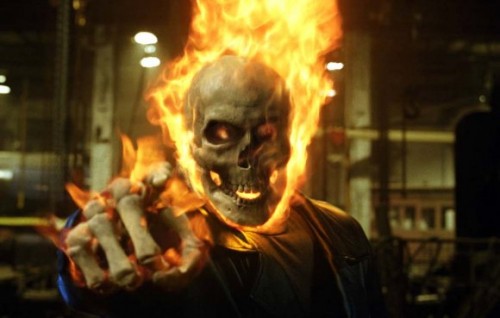 Here’s the spiel from The inquisitr:

A Civil War-era photograph of Nicolas Cage has surfaced on eBay, and there is only one logical explanation… he’s a vampire.

The photo, which is being sold by a man from Tennessee for an asking price of $1 million, shows the Oscar winner in a Civil War-era photograph. But what’s even more amazing, it appears that Nicolas Cage hasn’t aged a day since the photograph was taken.

Jack Mord, who is selling the photo on eBay, said:

“Personally, I believe it’s him and that he is some sort of walking undead vampire, et cetera, who quickens/reinvents himself once every 75 years or so. 150 years from now, he might be a politician, the leader of a cult or a talk show host.”

According to the New York Daily News, the photo was taken in in 1864 at Johnson’s Island prison camp in Ohio by Professor G.B. Smith, who was famous for taking portraits of confederate prisoners during the Civil War.

But Mord insists that the photo is of an undead Nicolas Cage, who at the time of the photo, may have been a Civil War prisoner.

“My theory is that he allows himself to age to a certain point, maybe 70, 80 or so, then the actor ‘Nicolas Cage’ will ‘die’…but in reality, the undead vampire ‘Nicolas Cage’ will have rejuvenated himself and appeared in some other part of the world, young again, and ready to start all over.”

E! reports that Nicolas Cage has not denied that he is a vampire (he hasn’t confirmed either).

What do you think? Just a civil war prisoner? Or are we looking at definitive proof that Nicolas Cage is a vampire?

Now, if you are planning on checking out the Ebay sale of this item, don’t bother. It would seem the item has been removed. Wow! There’s a flash! Why was it removed? Did Mord get caught trying to perpetrate a fraud? Or maybe someone offered him so much money that he ended the sale early. Could it be that the vamp…I mean, Cage himself laid out the deniro to get the evidence out of the public eye. Actually Cage does have a habit of buying unique items.

OK, lets get serious now. I think the odds are that this is a relative of Cage from the 1860s. In fact it is not uncommon for ancestors to look like a carbon copy of some other family member. My own niece is the veritable twin of my mother when she was a young girl. Sure, it’s not as dramatic as this Cage/vampire thing but still, it does put things into perspective.

Of course, people are going to believe what they want to believe no matter how much fact and proof are thrown at them. So, we may as well ride the vampire wave……

Hmmm, I wonder how Cage gets all that blood? You don’t think?….Nawww, couldn’t be…