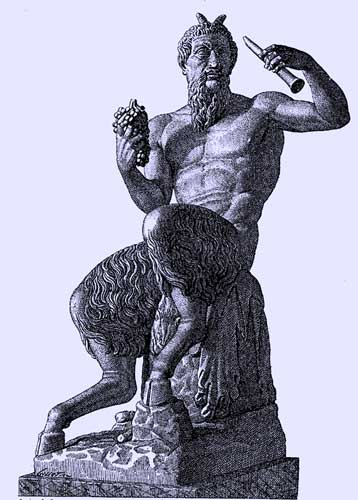 What’s a Chupacabra to do when he comes across Maryland’s Goat Man!

Bearing a striking resemblance to Greek mythology’s Pan, this particular cryptid is branching out and has been seen, nay photographed in Utah’s Weber County. Little more than a blob squatch…goat…thing, there is something in the photograph.

Sightings of the Goat Man have been reported across the country, in places he goes by other names, possibly a misidentified Skunk Ape in the swamps of the southern US, he is also known as the Lake Worth Monster, in Lake Worth, Texas. Though Forestville and Upper Marlboro in Prince George’s County, Maryland lay claim to the first sightings of the creature, Louisville Kentucky’s Pope Lick Monster dates back to the 1940’s when he would mimic familiar voices to lure people out on to a nearby bridge trestle as the train was coming.

Now before we jump to the conclusion that this is just a misidentified Blobsquatch, the Goat Man, et al., is described as having prominent horns and hooves, whereas Bigfoot is positively well known for its, well, feet.

All I can add to this story is this thought, What happens in the barn stays in the barn! Or I guess sometimes it escapes.