4 Out of 5 Aliens Prefer Mac Over PC 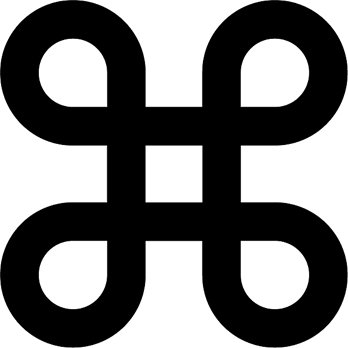 Deep beneath the surface of the Earth, a hidden research facility exhaustively interprets secretly encoded messages from our alien brothers. This work can only be properly achieved through the cooperation of ancient lost cultures which live and work in the tunnels which connect the surface Earth with the reverse continents that line the hollow inside of our dear planet. Access to these rare openings can only be achieved through gaining higher consciousness, equivalent to that of the first to be allowed entry, the people of Shamballa, also known as Shangri-la.

Luckily they send out occasional press releases for our enlightenment, and to demonstrate their naturally higher intellect. Most of these press releases seem to involve reviews of Ryan Gosling movies, or gluten-free diet recipes, but just once in a while something really interesting comes to light.

…Such as the revelation that Aliens prefer Mac to PC.

Clearly there are tunnels that open out in the south of England, near the area of Cheesefoot Head, where this message was delivered. A natural amphitheatre, Cheesfoot Head is riddled with ancient burial sites and regular host to seasonal crop circles and rock music festivals.

Coincidence that this year’s festival is headlined by a band named Underworld?

One cannot help but feel a certain degree of foreboding over the choice of the Command key symbol. Although, we should perhaps defer to the interpretations of Mac users in this matter. Nay, clearly it is an imperative that we do so!

Here is what CultOfMac.com has to say on the matter:

The Cheesefoot Head formation is a boundless repetition of the Gorgon Knot, or Cross of Saint John, an ancient Mesopotamian symbol of a free-flowing well bringing water spirits. The well flows round and round continually. The cross / water-well mark was also chosen — and remains — as the command shortcuts key or “Apple key” on all Mac keyboards since 1980.

I reserve judgement, and await further instructions of our presumably benevolent Alien Overlords

Please forward all directives to me at: