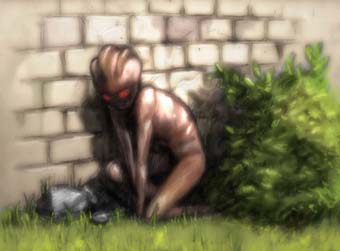 Back in May Javier brought us the This Story about reports of the capture of an ET in Varginha Brazil on the scale of the Roswell incident, and a SyFy channel documentary that calls many of the “facts” in the case into question. Appearance of Stanton Friedman in this documentary by itself lends about as much credibility to the story as Bob Lazar could.

New facts have come to light, including the recanting of one of the only actual witnesses, and the outright denial of another reported witness that pretty solidly put the story to rest, except to those who are going to continue to propose this is just more evidence that world governments are hiding the truth.

With the kind permission of Rich Reynolds at Blog Spot 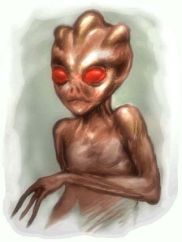 In 1996 the UFO community was reeling from the news that two extraterrestrial beings had been captured in Varginha, in southwest Minas Gerais state in Brazil. Spotted by three girls, the creature was later captured by the Brazilian Army, with assistance from the local police. The being was autopsied at a major hospital in Varghina and it was determined to be a creature that was unknown to science.

Though names of individuals and institutions were given in support of this event, a decade and a half later it can now be revealed that the entire “Varginha ET” affair was a hoax based on child hysteria and on the sightings of the deformed.

The supposed ET autopsy doctor, a Brazilian policeman and an original girl “witness” now weigh in on what really happened at Varginha. 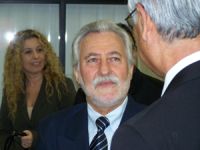 One of my research associates from Europe, Aurimas Svitojus, emailed the implicated alien autopsy MD and well-known physician, Dr. Fortunato Badan Palhares. Palhares was alleged by several UFO “investigators” to be in attendance to the autopsy of one of the creatures at University of Campinas. But none of them ever attempted to reach him directly and he has never spoken publicly until now.

Svitojus emailed Palhares on August 23, 2012, with some very pointed questions. Svitojus asked Palhares directly about his involvement or any knowledge of an ET captured in Varginha in 1996.

Here is the Dr.’s reply (roughly translated by Svitojus from Portuguese) and received on August 24, 2012:

I am very glad to know that you have a university education and particularly from Kaunas University of Technology. Therefore it is easier to be quite frank.

When I read an article either in magazines or in books published without the bearing of a scientific outlook, I must first know who are the authors and the reliability of their given information.

Unfortunately, all of the information about the Varginha ET involving my name, are the fruits of fantasy authors and do not deserve any respect from me because they are liars.

In some discussions I’ve had with “UFOlogists” who claim to have studied this case, nothing, absolutely nothing they brought materialized that was credible. They are conjectures, inferences, perhaps even hallucinations.

I never discuss this issue with students, but when asked in lectures I have always said that: I DID NOT AND NEVER WAS CALLED TO DO ABSOLUTELY ANYTHING WITH THIS MATTER. Several reporters attended the occasion when these stories came out and visited the university where I worked but they had nothing of interest and never showed anything. Mr. Aurimas, there is nothing concrete, reliable and material about this. These stories about the Varginha ET for me do not deserve credit, that is my answer.

I hope I have satisfied your curiosity. I am a scientist and I do not need to hide such facts if they exist. I am not connected to any intelligence or defense agencies. I am a free citizen and unhindered to speak what I want and always acted this way in my personal and professional life. Nothing would stop me to say something if I was really involved.”

The truth is that when one digs very deeply into the “affair” it becomes clear that all of the relevant testimony comes from such people as “nurses” and “guards.” Often the names are withheld and sometimes when given, are very common names in Brazil.

Today Varginha embraces the ET affair as “real” though is certainly seems to be a tongue-in-cheek “real.” And any “real” investigation of the event is not wanted here.

The city itself began to invest in “UFO tourism” after the event. Two of the landmarks there are: 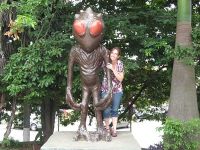 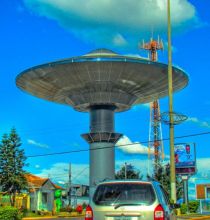 Varginha Water Tower, in the Shape of a Saucer

It has since been learned that one of the original girl witnesses to the creature (who has now married with a new name which will be withheld) has since converted to an evangelical religion and now dismissed the entire incident as youthful folly. But what of the ET? The girl was surely not the only witness to the event. Was there an impetus to the sighting that had a far more earthly explanation? Yes.

In the 1990s Varginha was home to a deformed homeless man, Little Luis. A local with disabilities, he would often haunch up in corners and he was often filthy and wet. In discussions with Lt. Col. Finholdt Pereira of the Varginha Police, it was learned that this is in fact who the police originally believed the three girls thought that they saw as an “ET.” And Pereira was right: 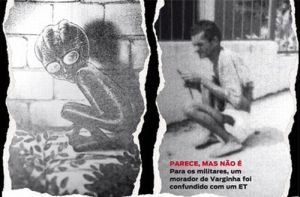 Perhaps the novelty has worn off. Perhaps the UFO tourism income has not panned out the way they hoped. Perhaps local officials have given up on allowing the BS to perpetuate any longer. Or maybe they just wanted to grab another headline because there is no such thing as bad press and as happens in so many cases sceptics already do not believe and believers will pass this off as a cover-up and flock back to the scene. Whatever the reason the evidence presented here fits the few substantial facts in the case and it would seem to be closed.