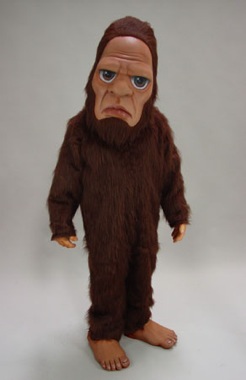 The world of Bigfoot research continues to struggle for legitimacy as Melba Ketchum’s DNA findings are rejected in the peer review process.

Definition of Peer Review according to Wikipedia.

Peer Review is a process of self-regulation by a profession or a process of evaluation involving qualified individuals within the relevant field. Peer review methods are employed to maintain standards, improve performance and provide credibility. In academia peer review is often used to determine an academic paper’s suitability for publication. 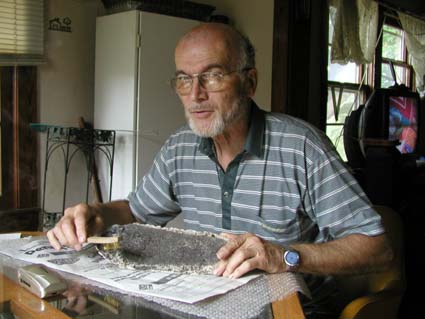 Igor Burtsev, who was so quick to spurn results of a Yeti DNA study in Russia is the actual culprit in spilling the beans of the Ketchum results, placing himself among those perhaps well meaning but poorly thought out actors in the ongoing drama of attempting to prove the existence of Bigfoot.

We waited a couple of years the scientific publication by Dr. Melba Ketchum. But scientific magazines refuse to publish her manuscript which deserves to be published. And I want to remind some facts of the destiny of scholars in our field.
Before the First World War our zoologist Vitaly Khahlov described the creature, named it Primihomo asiaticus. He send his scientific report very circumstantial, thorough to the Russian Academy of Sciences. And what? The report was put into the box, and had stayed there till 1959, about half of century. Until Dr. Porshnev found it and published…
Dr. Porshnev himself had written a monograph “The present State of the Question of Relict Hominoids”. It was issued in 1963 by the Academy of Sciences in some 180 copies only, for a special use. Only after a half of century (again!) it was published 1n 2012 in 2500 copies…
In 1960ths Mongolian Academician Rinchen had sent the skull of supposed almas to Poland, because our anthropologists refused to study it. Poland’s anthropologist made a sculptural portrait of that creature, Rinchen called it Homo sapiens almas in 1960ths. But – it has been forgotten till last years… Again half a century!
I don’t want the new discovery (not the first one, but the next one) to wait for another half a century to be recognised by haughty official scientific establishment!
That is why I broke the tradition, did not let this achievement to wait for near half a century to be recognised. No matter of the publication in the scientific magazine^ people should know NOW, what bigfoot/sasquatch is.
As I know, one third of population of the USA believe in the existence of these creatures. And they deserve to know WHAT THEY ARE.

Maybe things are done a little differently in Russia.

Yes, the paper of Dr Ketchum is under reviewing. And it is worth to be published. Just the situation now remindes me the war between North and South in the beginning of USA history… There are a lot of her supporters as well as a lot of her opponents and even some enemies…

The problem is that some people absolutize the science. Unfortunately science now is too conservative. One third of the population of the USA believes in BFs existing, but academic science even does not want to recognize the problem of their existing or not, just rejecting to discuss this question. In such a condition this subject is under discussion of the broad public. We can’t wait decades when scientists start to study this problem, forest people need to be protect now, not after half a century, when science wakes up.

Re the paper: the reviewed journals in the US refused to publish the paper. That is why Dr Ketchum has sent it to me to arrange publishing in any Russian reviewed journal. And I showed to our geneticists and understood that it was a serious work. I gave it up to the journal, now it’s under reviewing.

Anyway, I informed public about the results of the study. The public waited for this info for more than a year, a lot of rumors were spreading around. And the public has the right to know it nevertheless “science” says about it.

There are many people who are blaming Burtsev’s breaking with the process of review for the rejection, and it is entirely possible as pre-release of results to the public is frowned upon. Perhaps if Dr. Ketchum had remained silent on the subject rather than further fanning the flames by commenting additionally on the results the outcome would have been different. But these opinions are as much conjecture and very nearly as controversial as the existence of Bigfoot itself. Whether this is the case or not I do not pretend to know. I would hope that the merits of the science would be enough to warrant review. If or until we hear why the study was rejected (and I am sure there will now be many stories about that) we may not know.

However all the conspiracy theorists will come out of the woodwork now and call out unfair treatment and cover-up and never consider the possibility that the results were actually flawed. When mathematician Andrew Wiles was working for years in secret on proving Fermat’s Last Theorem, late in the process he involved some students and it became a matter of conjecture that he was indeed working on the problem. In fact it became all but public, in the mathematics community. Wiles presented his results at a conference, and submitted them for peer review, and they failed. Wiles’ results failed because they were flawed and that is the purpose of peer review. He did not quit. He re-examined his results and the mistake and got back to work on the problem eventually resolving the flaws and solving the problem along with several other problems that had become part of the original.

So we can hope that this stumbling block will not be insurmountable and lead to the incontrovertible proof many of us would like to see.