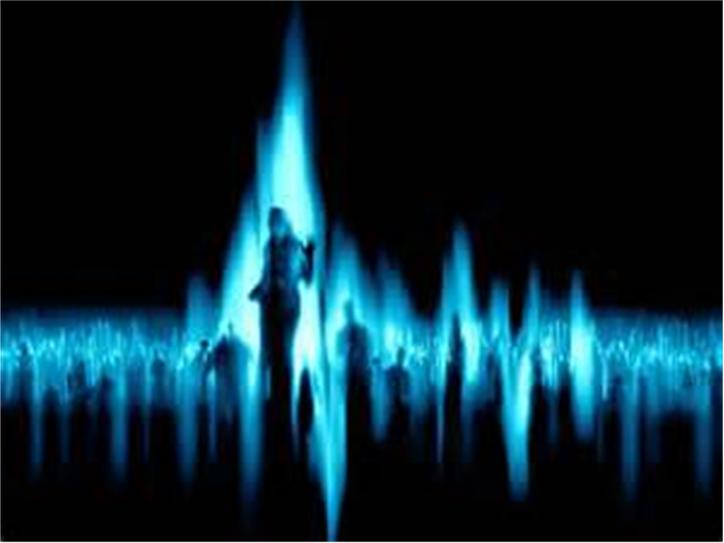 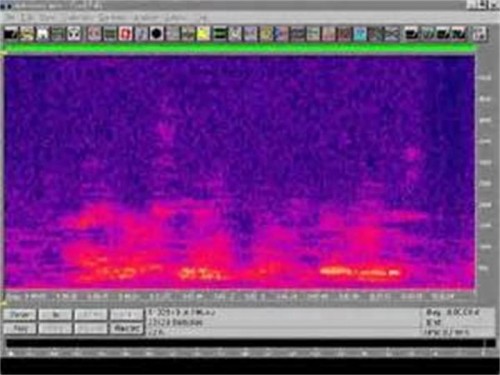 You read that right! As if it weren’t enough that our very own Lindsay single handedly saved our Facebook page from the scrapheap, now she’s providing current, personal paranormal content to the GhostTheory.com.

It was Wednesday night (April 10) that I noticed a text message from Lindsay, attached was a sound file which Lindsay described as an EVP (also known as Electronic Voice Phenomenon) she recorded while asleep in her bedroom.

I have to be honest, I didn’t expect much and wasn’t very impressed with her declaration. Then I played the file and my attitude changed from amused to perplexed. For the life of me I couldn’t explain what I was hearing, although It did sound more like a voice than anything else. I have no idea what it said, but it wasn’t something I was going to laugh off. I immediately began to fire questions at Lindsay and it got so confusing that we finally decided it best if she just wrote a couple of paragraphs describing her incident.

Here’s how Lindsay describes the experience:

I realized I was having trouble sleeping after I moved to California. Usually I just put myself in a Nyquil or trazadone coma and be done with it. But that stopped working and I started waking up in the middle of the night, every single night.

After dealing with this for quite some time, I got the idea that there might be an app that could help me find out what was causing my insomnia, so I started looking on my Galaxy for something that applied to my problem. I noticed the app ‘Sleepbot’ had some great reviews, so I downloaded it.

I liked the idea of it tracking my movements and the sounds. Several of my friends claim I snore in my sleep, so the fact that it recorded sound was perfect.

As I often share things like this on Facebook, There was no reason not to blog about my new sleepbot app.
It was just a couple of days later when a friend commented on my sleepbot info. She said she used it and was always afraid she was going to find something paranormal on the recordings. that had never occurred to me, but once she said something about it, I went back and checked my recordings.

The first night, nothing, just the sound of me moving, but the second night’s recording had something that sounded like a voice. That night I remember I had taken Niquil about 8:30pm and was out like a light by 9:00 I suppose. It was around 11:00 that this recording happened and I was sleeping like a baby.

When I heard the voice during my review, I automatically assumed It was just me, talking in my sleep. I
started listening to it over and over again. When I played the whole night recordings, theres a clip of me asking my dad if he was going to get his dog. the two voices sound nothing alike. It just wasn’t my voice, I was sure of that.

I probably listened to it 15 times in a row. I even had a friend listen to it; she agreed it sounded nothing like me. I was a little startled when I first heard it and a little creeped out because this was happening in my own bedroom.

Now, I don’t know how to proceed and I’m not really sure if I understand what the voice is saying. I’m hoping someone who hears it can figure it out. I’m not even sure I want to keep recording or even sleeping in that room, but my curiosity will likely win over and I’ll keep trying to get more EVPs.

I’m pretty brave when I really want to learn something. I’m not the type to let anything push me out.

OK, now that you’ve heard Lindsay’s story, lets take a listen to her EVP and see if we can figure it out:

EVP phenomena is alleged to be the recording of paranormal activity in the form of sound, whereby the “other side” communicates with an EVP “researcher” via a device set up to catch such incidents. I’ve never had much faith in such things, but I have to admit, Lindsay has me interested in this one and I know her well enough to know she wouldn’t be wasting my time with a hoax. After all, she’s part of our team here at GhostTheory.

Speaking from a standpoint of logic, as much as I hear a voice, it is far from conclusive and I do have to keep things in perspective. Approaching this from a position of ruling out other, more reasonable explanations is the best was to go.

I wanted to show you some raw data wav analysis, but my audio analysis software showed it to be inconclusive. Then again, I don’t usually analyze sound which makes me an amateur at best. I’d love to have an audio expert out there decipher this and provide some results. That said, I invite anyone who has mad skills in the area of audio to please contact me ([email protected]) and I’ll be happy to do a follow up with your findings.

One final point to cover is how we define this incident. I’ve been throwing the term “EVP” around, but can we truly say we have an EVP by definition? Lindsay was neither set up or purposely trying to record a voice. Should we consider what we are hearing as just a strange audio clip? Either way, there is something odd going on here. The best avenue is to monitor the situation and see if Lindsay can catch another of these recordings.

Thanks of course to our homie Lindsay for the content. Don’t forget to visit her on the GhostTheory facebook page.