A UFO conference is coming up this summer to be held in the desert during the Perseid Meteor shower (yeah, there’s a good idea.)

CONTACT IN THE DESERT will he held at the Joshua Tree Retreat Center August 9-11, 2013

A weekend of exploration into ancient aliens, human origins, UFO sightings, and the need to know.

Lectures will be given by: 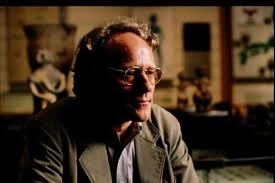 Graham Hancock is the author of The Sign and the Seal, Fingerprints of the Gods, Keeper of Genesis, Heaven’s Mirror, Supernatural and other bestselling investigations of historical mysteries. His books have been translated into twenty-seven languages and have sold over five million copies worldwide. His public lectures and broadcasts, including two major TV series, Quest for the Lost Civilisation, and Flooded Kingdoms of the Ice Age, have further established his reputation as an unconventional thinker who raises controversial questions about humanity’s past.

Hancock will also be leading a workshop:

Shamanistic Conciousness:
The Exploration of the Supernatural and Its Role in Human Evolution

Fifty thousand years ago humans had no art, no religion, no sophisticated symbolism, and no innovative thinking. Then, in a dramatic and enigmatic change, the skills and qualities that we value most highly in ourselves appeared already fully formed, as though bestowed on us by hidden powers. How did this happen? In this workshop we set out to investigate this mysterious turn of events and explore the influences that gave birth to the modern human mind. 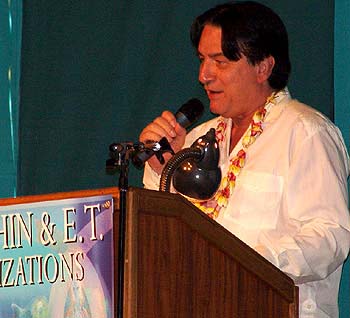 Alfred Lambremont Webre, JD, MEd is a futurist and author ofExopolitics: Politics, Government and Law in the Universe (available at www.UniverseBooks.com), a book that founded the field of Exopolitics – the science of relations among intelligent civilizations in the multi-verse. Exopolitics includes a case study of human contact with an advanced civilization on Mars. 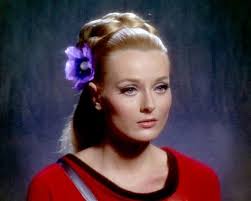 Celeste Yarnall, Ph.D is an actress, Producer, Reiki Master, speaker, author, Care2 blogger, and holistic health care life coach for people and animals. Celeste is remembered from having co-starred with Elvis Presley in Live a Little Love a Little and also for her guest starring appearance on the classic Star Trek episode, The Apple, where she played Yeoman Martha Landon. Her appearance on Star Trek is only part of a lifetime fascination for all things Celestial and cosmic. She has written a book entitled Celestial Trek which shares how her experience on Star Trek influenced her life and career. 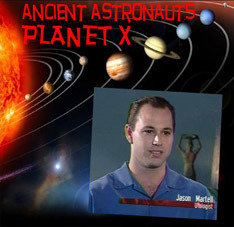 Mr. Jason Martell is a world-renowned researcher and lecturer specializing in the ancient Sumerian culture, Sumer’s advanced technology, and how it relates to Planet X. Backed by leading scientists from the mainstream scientific community, Mr. Martell has been a guest on numerous television shows, radio programs and has given lectures throughout the world. For more info, visit XFacts.com 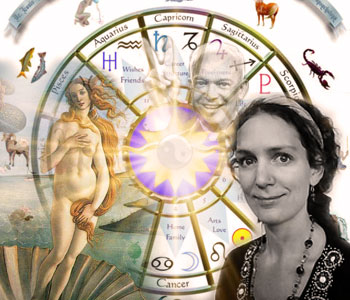 Laura is a Galactic Historian, Global Alchemist, Cosmic Mythologist and is the great-grandaughter of Dwight David Eisenhower. She is on a profound mission to reveal our true origins connected with the ‘Magdalene’ and ‘Gaia-Sophia’ energies of love and wisdom and works to liberate us from the Military Industrial Complex, the Archonic systems and false power structures. Dr. Michael A. Cremo is a world renowned expert in archeological evidence for extreme human antiquity and alternative theories of human origins. He is principal author of the book Forbidden Archeology. He is also author of Human Devolution: A Vedic Alternative to Darwin’s Theory. He writes a regular column titled “The Forbidden Archeologist” for Atlantis Rising magazine and has appeared on numerous television shows (including the Ancient Aliens series on The History Channel) and radio shows (including Coast to Coast with George Noory). 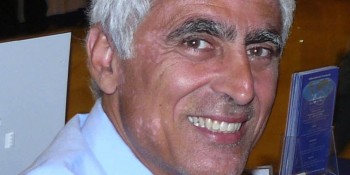 In 2004, Dr. Michael Salla wrote the first published book on exopolitics which is the study of extraterrestrial life and its political implications. His most recent book (2009) is titled “Exposing US Government Policies on Extraterrestrial Life.” He has taught at several universities in the USA and Australia.

Dr. Salla will be leading a workshop:

This workshop will introduce participants to the basic principles of international diplomacy and how these apply to extraterrestrial life – what will be described as ‘galactic diplomacy.’ Those desiring to expose secret government activity in diplomatic relations concerning extraterrestrial life, will be given the necessary basic information tools to hold responsible government, military and corporate officials accountable for past policies, and to ensure governmental transparency in the future. 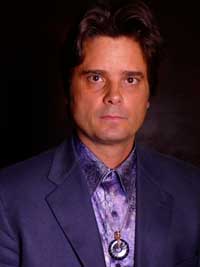 David Sereda is a film producer, director, filmmaker, photographer, author and public speaker. Although self-taught, he is considered well-known for his ground-breaking work as a space scientist, physicist, electrical engineer, ecologist and spiritual explorer. He has planted over 1.3 million trees in Canada over a 22 year period, spoke in Congress for Clean Fusion Power in 1993, marketed sustainable housing, and knowledgeable in oil spill clean-ups, solar, wind and hydrogen technology.

Mr. Sereda will be leading a workshop:

New faster than light speed technology allows you to communicate with the stars! Director of the hit documentary “Quantum Communication,” seen by over 3 million people worldwide, David Sereda presents his latest work, a revelation into the Secret Technology of the Great Pyramids. 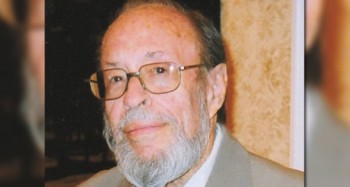 Dr. Roger K. Leir, author of the “Aliens and the Scalpel-First and Second Edition”, “UFO Crash in Brazil”, “Casebook Alien Implants”, “Chopped Liver” and three other books published outside the United States, including “Implantes Alienegenas” published in Portuguese in Brazil, and “Ovnis and Implants” published in France by Le Mercure Dauphinois. Dr. Leir has just completed his latest book, “Contacts Ovni, La derniere frontiere”, which is now only available in France but will shortly be published in the United States. 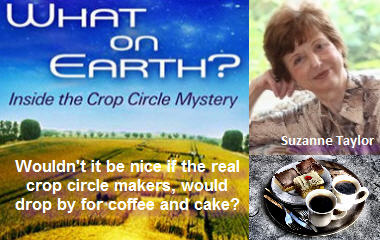 Crop Circles:
A Doorway to Another Reality
I’ve made two movies to tell the world about a 25-year fascination of mine with crop circles. In What On Earth?, you will see Crop Circles through the eyes of a colorful band of geometers, artists, writers, philosophers and farmers who know the subject intimately. The movie will leave you impressed not only by how beautiful the circles are but how important they could be to humanity. There’s a need for a change in our fundamental value system, or worldview, in which humanity pulls together to supersede the current worldview in which, whoever has the most toys wins. 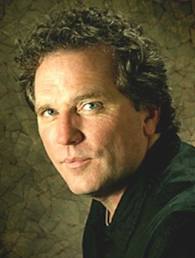 William Henry is an investigative mythologist and author of more than l5 books and numerous DVD presentations, including The Light Body Effect, Morph and Soul Rising. He is the host of Revelations radio, heard on www.unknowncountry.com, where he frequently interviews experts on the issues surrounding the Next Human.

William has a passion for finding amazing ancient art, stories and symbolism, especially relating to human transformation, interpreting it in light of a higher consciousness, and sharing it. He regularly appears on Coast to Coast am with George Noory and is a contributor to the History Channel’s Ancient Aliens. For more info, visit WilliamHenry.net.

Mr. Henry will be offering a workshop:

The Path of Souls:
Free Soul Maps Out of the Earth Matrix Womb Portal Game

Beginning with The Light Body Effect and Morph, William has pursued a secret, transmitted for thousands of years, that provides us, literally, with the key that unlocks the power of our soul to exit the earth as a successful soul.  He closed in on this secret in The Secret of Sion and The Judgment Day Device where he began assembling an astounding collection of art featuring maps the ancients called the Path of Souls (some, surprisingly, displaying the Judgment Day Device). 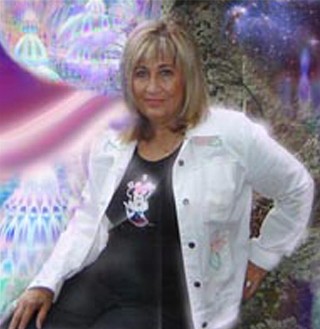 Paola Leopizzi Harris is an Italo-American photojournalist and investigative reporter in the field of extraterrestrial related phenomena research. She is also a widely published, free-lance writer, especially in Europe. She has studied extraterrestrial related phenomena since 1979 and is on personal terms with many of the leading researchers in the field. From 1980-1986 she assisted Dr. J. Allen Hyneck with his UFO investigations and has interviewed many top military witnesses concerning their involvement in the government truth embargo.

So if you are feeling a bit confined by the limitations of verifiable science and substantiated facts and have been having that urge to get a FULL doseof blind belief and opinion masquerading as fact, put on your desert survival gear, bring plenty of water and Sign Up For Tickets TODAY!

And get plenty of sleep before you go  so you too can witness first hand, visitation by aliens as they execute a performance flyby in a breath taking display of precision aerobatics also referred to as the Perseid Meteor Shower.