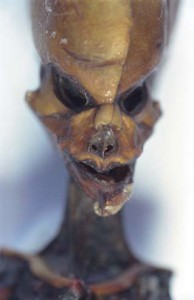 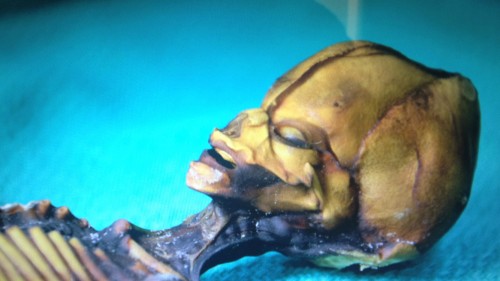 The reviews are in and all I can say is that I saw this coming a mile away.

We’ve been talking about the Sirius documentary for awhile now, and if you’re the rational type, you’ve agreed with us so far as to say that Dr. Steven Greer and his team of research definitely spent more time on filming and generating a buzz than actual scientific research.

Well it comes as no surprise that most of the reviews that I read online about Sirius have been negative. In fact, check out HuffingtonPost.com’s article about Dr. Greer’s film and its shortcomings:

The primary force behind “Sirius” is Steven Greer, a former emergency room doctor who founded the Center for the Study of Extraterrestrial Intelligence (CSETI) and The Disclosure Project.

One odd thing about the Ata controversy is how it came to the recent attention of the American public.

Early in the documentary, Greer refers to Ata as an extraterrestrial being, explaining how it was found in the Atacama Desert and “we don’t know how it came about.” That seems strange because HuffPost recently reported on the well known history of little Ata since its discovery 10 years ago and subsequent moving from hand to hand, ending up in Spain.

Early PR for “Sirius” referred to the “paradigm shifting physical evidence of a medically and scientifically analyzed DNA sequenced humanoid creature of unknown classification.” This fueled rumors, speculation and more than likely, the hope many people had that, finally, a real alien creature had been discovered and proven to have non-human DNA.

But now that the film is available to everybody, and DNA analysis shows that Ata was human, was that early PR hype about the humanoid a bit premature? –source: HuffingtonPost

A bit premature? That seems to always be the case when it comes down to evidence. Remember the ‘Bigfoot in a Freezer’ incident?

DNA has been recovered from Ata, the so-called Chilean alien baby, and guess what? It’s human!

The following is a quote from Garry Nolan, director of stem cell biology at Stanford University (From Huffingtonpost.com):

“I can say with absolute certainty that it is not a monkey. It is human — closer to human than chimpanzees. It lived to the age of six to eight. Obviously, it was breathing, it was eating, it was metabolizing. It calls into question how big the thing might have been when it was born,”said Garry Nolan, director of stem cell biology at Stanford University’s School of Medicine in California. The DNA tells the story and we have the computational techniques that allows us to determine, in very short order, whether, in fact, this is human,” Nolan, who performed the DNA tests, explains in the film.

A six to eight year old human at such size?

Dr. Greer could have made a much more respectable and intelligent documentary had he approached the Atacama mystery from an angle that questions the short and tragic life of Ata. Instead, we have this hyped presentation of ancient aliens and human and extraterrestrials cross-breeding. Go Hollywood!

TLDR: ABSOLUTELY NO NEW FOOTAGE, NO NEW CASES, AND NO NEW UFO EVIDENCE. FREE ENERGY IS NOT EVEN REMOTELY PROVEN, AND THE ANSWER ABOUT THE EBE IS A RESOUNDING “WE DON’T FUCKING KNOW”. FUN EVENING THOUGH

Watching now. Only three minutes in so far and what I have gathered is Greer thinks he is REALLY REALLY bad ass. I let you know more here in a bit.

Edit 1: Ten minutes and so far just rehashed Zeigeist corrupt government stuff and now starting to touch on ancient alien theory. More updates to follow. Looks like I’m in for a long night.

Edit 2: Twenty minutes in, showed a handful of videos that most have been 100% debunked and is now in the desert with some hippies talking about his “CE-5” encounters which involves summoning aliens through meditation and remote viewing.

Edit 3: Thirty minutes in and we spend a little more time with the hippies in the desert, he begins to talk about the EBE (the tiny “alien” that has caused all the hype) which is pretty much the Stanford expert claiming that they will solve the question once and for all, then they abruptly change the subject to space travel and energy sources.

As a side note, I am well aware I am coming across very skeptical, however I believe it is healthy skepticism and I have yet to see anything that has convinced me of anything even remotely. However, just full disclosure here, I do believe life outside the earth exists, but I do require proof before I am will to say that I know it for a fact.

Edit 4: Fourty minutes in still talking about unconventional energy sources. They met with “Morningstar Applied Physics” who claim to have a machine which can create a “magnetic vortex”. Their experiment failed for their cameras every time. After which they have talked about a few other scientists who allegedly created different means of producing energy that either had their experiments sabotaged by the government, or were killed off.

Edit 5: Fifty minutes in, interview with “Officer X” who’s face is blurred, and claims government coverup of the technology at the highest levels of government. Edgar Mitchell claims this is true. Greer states that he met with a CIA director who told him he is not in the know about any disclosure, suggesting there is others higher up who we do not know about. Now we talk about the Phoenix Lights.

They are back on the EBE now. The first conclusion so far is that the EBE was something that was definitely alive at one time. I will tentatively agree with that at this point. The CT scans are pretty convincing. However, the handling of the specimen is atrocious. The owner of the EBE touches it with bare hands, and during the CT it was surrounded by about 5 different people with no masks at all. Personally, that rules out definitive testing IMHO, however we will see what they say.

Edit 6: 60 minutes in and a little bit of personal stuff about his wife passing from cancer, then a researcher talking about test subjects being able to influence random number generators with their mind. A little more about Zeitgeist stuff and a claim (which I find very interesting) about the department of energy sequestering over 5000 patents that deal with alternative energy. Sorry for the lackluster edit here, but not a lot to report on. They are REALLY dragging out the EBE results, which I figured would happen.

Edit 7: 70 minutes in and a touch more about suppression of technology. Then a very interesting story about rockets being shot down by UFOs. They are using John Callahan and Prof. Robert Jacobs as sources for this event. There is supposedly 30mins of radar data on the event, however we do not get to see that. Callahan states (and briefly shows what are supposed to be) reports and radar print outs backing the event up. There is a bit about the disclosure project Greer did a while back in Washington.

Edit 8: 80 minutes in and now they are talking about 9/11 and false flag operations which sets the tone for Carol Rosin, the founder of the Institute of Security Cooperation of Outer Space, who claims in the 70’s she was at a meeting at Fairchild Industries were they were conspiring to use terrorism to grow the military industrial complex. She claims they said the next enemy would be asteroids and aliens.

I will now be stopping the updates and ask you to purchase the movie to find out more about the EBE…. lol just kidding. They are bringing it back now. They are bringing up the elongated skull and odd eye sockets, claiming it is not congruent with any known birth defects or anomalies. They claim due to the bone density, they estimate the age of the “EBE” as 6-8 years old. Greer is now claiming a media coverup about the “EBE”.

Edit 9: 90 minutes in and they have once again quit talking about the “EBE” and are talking again about mass media coverup in general. Ok now back to the EBE and have removed some tissue. They used 3 different facilities to test the DNA. They claim they did get a good sample of DNA. Now Michio Kaku video talking about civilization types. A little more about how great Greer is. Now it looks like they are going to bring in some more people claiming “CE-5”. That is encountering aliens through telepathy and meditation and remote viewing.

Edit 10: 100 minutes in and we are back on free energy. The showed a little montage displaying, frankly, high school level experiments. Back over to the guys at Morningstar who show their experiment again and claim their object, whilst spinning, lost 7% of its mass. I personally don’t really understand the experiment but it is potentially interesting, but if someone would like to give me some feedback on that I would love it. I think the idea is that by spinning this magnetic device, it should (i assume in the future?) could loose all of its mass and be used as a new way of travel. Jan Harzan, the director of MUFON, claims that Ben Rich, the former director of Skunkworks, made a claim that “We now have the technology to take ET home”. He says that Ben told him that they already have solved interstellar travel, that air is part of the equation (he thinks he was referring to “Maxwells Equations”), and then asked him “How does ESP work”. Jan’s response was that all points in space and time are connected, and Ben responded “That’s how it works”. Now a guy playing with a Jedi toy that came out a while back that lets you move a ball with bio feedback… aaaaand they are back to the EBE DNA analysis. He says they know for a fact the the mother was a human. He says the EBE is definitely male, and is closer to human than chimps, so it is certainly not a non-human primate…