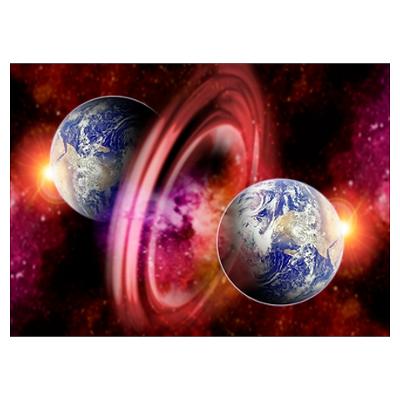 Back in January of 2012 Scott brought us an article about a woman who believes she has shifted dimensions. Many readers chimed in with ideas and stories of their own.

David’s is one of them

Hello Henry,
I do not think that I have what you would call evidence. It was not something planned. I can however tell you my story.
One night I walked into my back room of my house and saw someone sitting in my chair at my computer desk facing me. The first thing I thought was that somebody has broken into my house, so I approached him ready to take action. To my surprise it was me so naturally I ran out of the room in fear. I waited about a half of a min. to calm myself and decided to go back but he was gone. I looked around the house but I was the only one there, so I put it out of my mind.

The same night I put one of my DVDs in that I like to watch a lot and found that it was playing parts that I did not remember and there where scenes missing. After a few weeks of DVDs and TV all to the same case I then came to realize that I was in a different dimension. I can also tell you that my family and friends tell me about what we have done together that I know we did not do and I talk to them about things we did together and they tell me that they have not done that with me. I have been watching NetFlix to see other TV shows that I have watched before that night a there is changes in them too. I really can not tell you about songs because I never payed any attention to the words.

I hope that this is good enough for you. I am sorry that I do not have physical evidence to provide.

I had asked David what evidence he had of his experiences, but to be fair, how could anyone prove they were from a different dimension, or had visited one? You can only be where you are in the moment, and if you brought some object with you it would be subject to the physical laws of this dimension. But it makes me wonder if there is an inter-dimensional equivalent of Newtonian laws which also encompasses conservation of energy/matter such that if an object shifts from one dimension to another, that an equivalent shift must happen across all the dimensions to keep each individual dimension in its original balance. However we may never know since…

We have no magic Star Trek tri-corder that detects plot elements as needed! 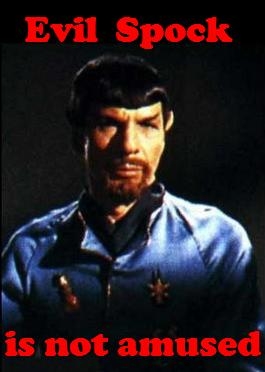 I would be curious to hear what the DVD was, what parts were new and what were missing. As a sometime, or possibly would-be, writer it makes me wonder how a narrative structure could work with parts simply removed and others added.

David’s mother reminded him of some strange events.

She wanted me to let you know of the other strange things that happen around me. I was at her apartment a long time ago and I remember it so it must have happened in both universes. She took a can of beans out of the cupboard, put them on the counter went into the living room. When she came back to prepare them they were gone and never to be found again.

Years later my best friend and I was shooting a game of Nine Ball. This story is also true in both dimensions. This is a game that you shoot the balls in number order. I was on a roll until I hooked myself to where I could not shoot the next ball. I told my friend that I am stuck and it looks like he will have a chance to win the game and he looked for a way to get on the ball and then saw the two ball on the table that we both watched me shoot into the side pocket. The pool table was the kind that the balls go in the pockets then run around inside the table to a storage area where you have to pay to get them back out. We thought that someone put another two ball on the table when we were not looking to play a joke on us. We decided to get the balls that had been played back out of the table to get the other two ball out but the one that was back on the table was the only one.

About five months ago I had my spit bottle disappeared. I was dipping (referring to chewing tobacco for those who might be wondering) at the time and my ex-wife and I was going to go to town together for something. I put the bottle on the kitchen table and went a did something. She told me to come on, that we had to go. I walked out of the house and tell her to give me a sec, to go back and get the bottle but it was gone. I looked around the house and did not find it so I got her and our son to look for it but it was gone. About two weeks latter it was just me and my son at home and I was dipping again and after I was done I wanted to rinse my mouth out so I got a can of coke and took a sip of it and put it on the floor in front of the love seat in the living room where I was sitting and went into the other room to feed my fish. On the way back to the living room I told myself that I got to drink that coke, although I was not thirsty, or it will go flat. When I got back into the living room it was gone. The first thing I thought was that I took it in the other room room when I went to feed the fish but it was not there ether. I asked my son if he took it and he said no but he did see me take one drink of it. He helped me look for it for over a hour. We even emptied out the trash can but it was gone and the bottle and coke can still have not come back.

We are always happy to bring the personal stories of our readers, so send them along to any of us or just let us know you have a story you would like to tell in the comments or on FaceBook and we will try to get back to you.