What Really Happened To Elisa Lam? 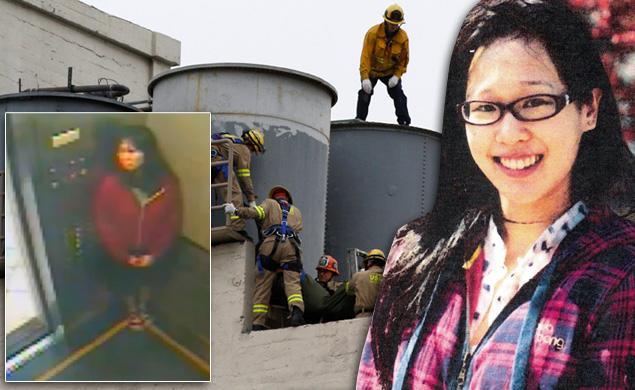 A block away from where I live stands the Hotel Cecil. A tall, tower-like complex with a history almost as sordid as the one that haunts the Tower of London. Hotel Cecil has always been known as the place where serial killer Richard Ramirez, aka The Nightstalker, lived for some time.

The hotel also housed another serial killer whose victims were all prostitutes. The cold-blooded Austrian serial killer, Jack Unterweger.

The Hotel Cecil is once again making headlines. However, it’s not because of another serial killer but rather of the mysterious and eerie death of Canadian tourist Elisa Lam.

The body of 21 year-old Elisa Lam was found floating inside one of the hotels water tanks on February 19th of this year. When the LAPD was called to the scene they requested any surveillance video the hotel might have kept for the last few days. It was then that the LAPD stumbled into the controversial and bizarre video of Elisa Lam’s last moments.

This video was taken minutes before she died and shows an obviously mentally unstable Elisa Lam entering and exiting the elevator in the hotel’s lobby. At times appearing to be talking to herself and acting erratically. This video went viral in the popular Chinese website Youku.com, generating more than 3 million hits in the span of a week or so. It comes as no surprise that rumors about possession instantly began as soon as the video hit the internet.

To inject any paranormal or conspiracy theories into the case would be demeaning Elisa Lam’s death. It’s obvious that something is not right. Her abnormal behavior in the elevator suggests that she may be hallucinating or under a severe form of psychosis. Yet most of the comments you read are from those who believe that either Elisa Lam was possessed or haunted, therefore causing her to commit suicide.

After keeping the public in suspense for months, the LAPD finally released the results of Elisa’s autopsy and toxicology screen. They didn’t find any drugs in her system, ruling Elisa’s death as accidental.

Drugs did not contribute to the death of a Canadian tourist whose body was discovered in a water tank atop a downtown Los Angeles hotel four months ago, coroner’s officials said.

A maintainence worker discovered the body of Elisa Lam, 21, on Feb. 19 after residents of the Cecil Hotel complained about low water pressure. At the time Lam had been missing for several weeks from the hotel after traveling there from Vancouver, Canada.

Los Angeles County coroner’s officials said Thursday that Lam died of an accidental drowning. Herbipolar disorder was a significant condition but authorities did not elaborate.

Coroner’s officials noted that the medical examination found no visible signs of trauma on the body and toxicology tests found nothing that contributed to her death.

Lam had been missing for three weeks before being found. During that time, detectives with the LAPD‘s robbery-homicide division appealed to the public for help in the case that included the release of video of her inside a Cecil Hotel elevator. In surveillance footage, Lam could be seen pushing buttons for multiple floors and at one point stepping out of the elevator and waving her arms.

The only ways to get to the roof are via a locked door that only employees have access to and a fire escape. The door is equipped with an alarm system that notifies hotel personnel if someone is on the roof, Los Angeles police Sgt. Rudy Lopez said.

Lam’s case inspired amateur sleuths to post numerous theories on websites about what might have happened to her. International media outlets, particularly in Canada and China, have also continued their coverage of the story.

Much of the speculation focused on the surveillance video of Lam in the hotel elevator. The video went viral on the Chinese video site Youku.com, with more than 3 million views and 40,000 comments in a 10-day span.

Many commenters said they were disturbed by the tape, with one calling it “spooky.”

“I knew about Elisa Lam but this is the first time I saw the video,” one wrote. “I’m so scared, I’m shaking. I’m numb.”

Many are not content with the police’s investigation into the case, asking why the alarm did not go off when she opened the door that lead to the rooftop? Or why would she commit suicide by drowning herself inside a dark water tank as opposed to simply just jumping off the ledge of the building. The flames of conspiracy keep being fanned by the LAPD’s secrecy on the case.