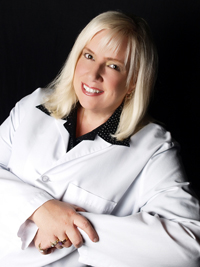 What does that mean?

Cognatus is from the Latin which essentially means “related by blood.”

As for the establishment of a nomenclature…that takes place at an online registry called ZooBank which is an adjunct to the International Commission on Zoological Nomenclature or ICZN.
From ZooBank

Publications: Publications that contain Nomenclatural Acts, as defined above.

Authors: Anyone who is an author of one or more Publications (as defined above), or who is a contributor to ZooBank content.

Type Specimens: Type specimens for scientific names of animals. The registration of Type Specimens is considered provisional and is not yet fully implemented in ZooBank.

Dr. Ketchum’s current registry for Homo Sapiens Cognatus falls into the Nomenclature Acts. Bigfoot now has a name. What does that mean?

Here is the official entry:

So how does naming a new species come about?

Living creatures are classified into species, which are in turn classified into genera, families, orders, and higher (larger) groups. To date, approximately 1.9 million species have been discovered and named. This number is still an estimate as so far there is no central registration of species, although efforts are underway to establish such a species register. According to the opinion of taxonomic experts, the actual number of species existing on earth is between 3 and 100 million with a recent discovered method putting the number at 8.7 million.

When a creature is discovered, it is first necessary to determine whether it is a new species, a new subspecies or merely a variant of an already described and known species. As there is no single, unambiguous definition of “species” this determination can be time-consuming and subject to discussion and disagreement.

By tradition, the right to name a new species is given to the discoverer, or more precisely the scientific describer of the species (who is not necessarily the person who discovered the species in nature). There are, however, many regulations to be followed when naming a species, all of them fixed by the International Code of Zoological Nomenclature (ICZN) when animals are concerned.

A name of a new species becomes valid with the date of publication of its formal scientific description. Once the discoverer/scientist has performed the necessary research to determine that the discovered creature represents a new and formerly undescribed species, the scientific results are summarized in a manuscript to be submitted to a scientific journal.

What does all of this mean? I contacted an expert and he had this to say:

In direct answer to your question: ZooBank and the ICZN do not review evidence for the legitimacy of organisms to which names are applied – that is outside out mandate, and is really the job of the relevant taxonomic/biological community (in this case, primatologists) to do that.

When H. s. cognatus was first registered, needless to say we received a lot of inquiry about it. We scrutinized the original description and registration of this name as best as we could, and as far as we can determine, all the requirements for establishing the new name were fulfilled. Thus, at the moment, we have no grounds to reject the scientific name. This says NOTHING about the legitimacy of the taxon concept – it’s just about whether the name was established according to the rules.

There are a couple of rules in the ICZN Code that might be used to render the name unavailable in the sense of the Code.  One is Article 1.3.1, which excludes “hypothetical concepts” from having names.  But it’s not clear whether these rules would apply in this case.

Essentially this means that while ZooBank may recognize DeNovo Journal, they do not do the legwork to determine if the the content of the article is legitimate. Still, baby steps. If anyone thought that proving the existence of BigFoot was going to be easy, or that the DNA study would solve the riddle, well they were kidding themselves. I still hold out hopes that it will happen, but in my opinion it will take nothing less than a specimen.