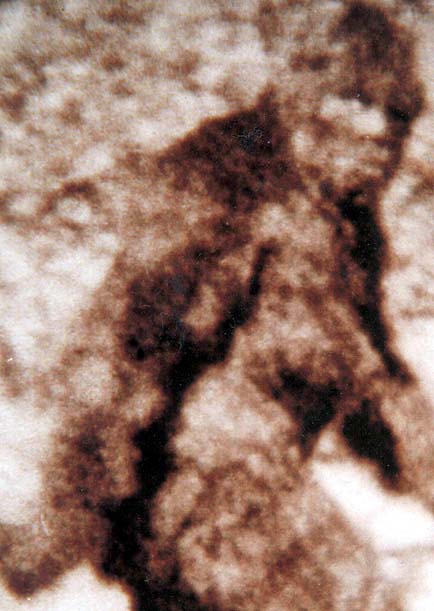 Let’s see, how many of you read past the headline?

The question I have is what happens next, provided Bigfoot is shown by legitimate science to be a living breathing creature? There is a movement among the Bigfoot believers for it to receive status as a protected species. Seekers like Todd Standing have already gotten a commitment from the Canadian government to grant protected status to the creature. Just as soon as he proves its existence. Melba Ketchum says repeatedly on her FaceBook page that she only wants protection for what she now says is a member of the human family. Some go so far as to say the killing a Bigfoot should be treated as murder.

A debate arises regularly across the various websites and FaceBook pages where the armchair cryptozoologists gather: Kill vs No Kill. Some of the believers say that the DNA evidence is enough. Once DNA can be confirmed it will be taken as proof and the issue will be settled, governments can get down to the business of protecting the species. So far that is not really working out as hoped.

Diehard skeptics believe that only a body will do. Now that need not be a dead body, a live capture would in many ways be preferable. Also, unfortunately incredibly more difficult and potentially dangerous for all involved, so what is most likely to occur in the pursuit of proof is a dead body. At the far end of the No Kill spectrum, there is also a No Capture group. Some people will just insist on making life difficult.

At this point in the article I am interested where our readers stand on the topic. Existence or Non-Existence does not enter into this poll, that is a different discussion. This poll deals with a presumption of existence and the question of killing a specimen or not.

I am curious about how this plays out, but some of you may well ask what my position is on this question.
Simply put, Don’t find out if Bigfoot is real. Stop looking.

There are people out there who follow crypto-zoology, some of them educated, who say we should not be bothering to look for Bigfoot. The highest odds are that if a creature of that reported size has gone undiscovered for this length of time the most likely reason is it does not exist so why bother wasting resources on looking. To them I respond that in that opinion they are by far the most ignorant of the lot, believers and skeptics alike. Nothing is learned by burying your head in the sand. If Science only looked for things that we already know exist, what would ever have been discovered? In the mean time we only just discovered a ligament in the human knee. What on Earth has been more rigorously studied than the human body? If there is something, I cannot name it.

So why the hell am I saying do not prove the existence of Bigfoot??

Because IF they exist, and IF people actually want them protected, the best thing that we can do to achieve that end is let them be. Any amount of knowledge we gain about a creature only puts them at further risk from our hands.

An article from September 2013

In 2008, the number of rhino poached barely reached double digits. Last year, the number was 668 and will be about 700 when you read this, meaning an average of 2.7 rhino die every day. By the end of the year, between 900 and 1000 rhinos will have died for their horns.

An article from early November 2013

The fact that trafficking wildlife – or more accurately wildlife parts – is illegal is no deterrent. When a business is worth between £4-6billion globally people will take the risk.

The international sale of ivory has been banned since 1989 yet elephants are being slaughtered for their tusks as never before. Around 32,000 were killed in Africa last year, which equates to 96 a day.

From an article by Daniel Cressey of Nature magazine

Human activity is still killing Right Whales, one of the most endangered animals in the ocean. An analysis of four decades of whale deaths shows that attempts to prevent them have not had a demonstrable impact.

From The Daily Mail

The year 2012 will end on a cruel note for tigers. As many as 78 tigers have been killed, mostly by poachers, this year – the highest number in the last 12 years.

The closest any year came to this figure was 2001, when 71 tigers were killed. The dramatic rise in the tiger deaths has cast aspersions on conservation efforts for the wild cats.

Poaching is the second main reason why giant pandas are nearing extinction.

The main reason why people poach a panda is for its skin. Since pandas are such rare animals their skin is treasured and can be sold for a lot of money. A panda skin was sold for $65,000 once!

All of these animals are “Protected.” Words on paper not worth the ink they are written in. All of these protections are reactionary, setting punishment for those who break these laws. By the time a poacher is caught, IF one out of a dozen or a hundred are caught, by that time the “protected” animal is already dead. All we do is hope to punish the trangressor, we protect nothing. The monetary gains far outweigh the losses to the poachers, while well intentioned law enforcement is overburdened, underfunded, ineffectual, and at times corrupted by the very people they are set to catch.

Proving the existence of Bigfoot, if it does exist is about recognition of the person who manages it. That and that alone. There are many out there who claim they want to prove it to protect it. If they exist, they have not been located for hundreds of years. There has never been a confirmed specimen killed by a human. What protection do they need?

The day Bigfoot is proven to exist is the day they start dying. If you truly want to protect it, stop trying to prove it.