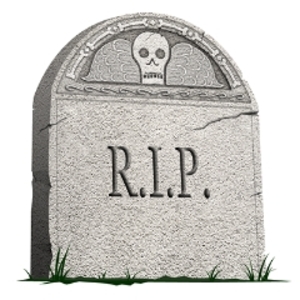 One of the questions that cast the existence of Bigfoot into serious doubt is the lack of a body. Things die in the woods, it seems like over the history of stories of Bigfoot some evidence of a body should have been found. Here from Bigfoot Evidence is the story of a witnessed burial.

As described it sounds a little too, for lack of a better word, Human. I would think that a park ranger having witnessed this would have made further investigation, yet no body or location of this burial site is given. Park rangers are effectively a branch of law enforcement, witnessing a burial in the woods warrants a report. Not to mention

What would be the discovery of this century in terms of zoology and anthropology is left unexamined? We have found burial mounds from many cultures. We have deforested and developed land and found evidence of previous inhabitants through their grave sites. Never a Bigfoot grave.

I can’t help but feel that the total lack of supporting evidence, either in the immediate sense of this anonymous story teller revealing the site of this grave, or of history ever showing sings that such a grave had been found in the past makes this a slightly amusing, but wholly fabricated anecdote.

As a matter of interest, here is another theory on Bigfoot graves from Jason P.

Jason clearly has less understanding of trees than whoever created the funeral story has of how any law enforcement official should act when witnessing an unidentified burial.