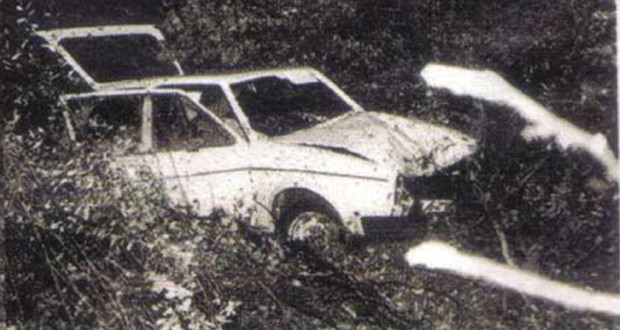 The following article comes to us from GhostTheory’s long time reader Prince Petropia. Prince runs the paranormal website AllAboutOccult.com and is a regular contributor to several other online news sites. In his article, Prince rehashes Germany’s infamous YOGTZE murder case. A mysterious death near the German Autobahn that has baffled people since the early 80s. 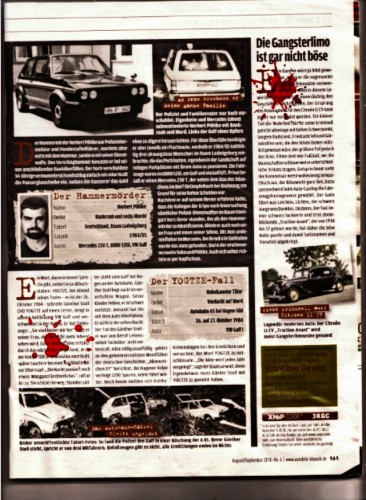 On a fateful evening in 1984, Gunther Stoll was found mysteriously murdered in his own car, fatally wounded, clothes uncasted, scribbling the letters YOGTZE on a piece of paper just prior to death. Till date, the YOGTZE murder case remains one of the most baffling unsolved crimes in Germany’s history. No one knows who murdered Gunther Stoll, why, or what may be the meaning of YOGTZE.

Back in the time frame of twentieth century Germany, there was nothing extraordinary in the life of Gunther Stoll. He was just an unemployed food technician living with his wife in Anzhausen, Wilnsford. However, he would constantly ramble on about “them”, saying that “they wanted to harm him and “they” would kill him. Suspecting paranoia, his wife no longer paid attention to his musings. On the evening of 25th October 1984, Stoll suddenly shouted “Jetzt geht mir ein Licht auf!” (Now I get it!). Then he scribbled the letters YOG’TZE on a piece of paper and instantly crossed them out.

From there, Stoll went to his preferred pub, ordered a beer, and soon fell to the floor, injuring his face. Witnesses, although, commented that he wasn’t drunk. From the pub, Stoll left in his Volkswagen Golf I, and vanished from the radars for the next two hours. At around 1 a.m., he appeared before the house of an old woman in Haigerseelbach, whom he had known since childhood. As it was late at night, the woman turned him going, advising him to return to his wife. Before leaving, however, Stoll predicted that a “horrible incident” was about to take place.

A Murder is Announced

At 3 a.m., two lorries driving through the Autobahn 45 near the exit Hagen-Sud, some 100 kilometers from Haigerseelbach, discovered Stoll’s VW Golf I crashed near a trench. A man in white jacket was seen near the car, but he fled before the lorry drivers got near him. Inside the car, Gunther Stoll was found all naked. Still conscious, he spoke of four men who had beaten him hard, people who weren’t his friends. On his way to hospital, Stoll died.

As it happens in these cases, criminal investigations only added to the mystery, showing that Stoll had neither died from the car crash nor from assault by the four men, but he was run down by a different car in a different locale. When he was run over, he was already naked, and after the accident, he was placed in his own car’s passenger seat and driven to the trench where his body was later found. Other people spoke of a hitchhiker who was seen in the driveway on the day of the crash, but neither the hitchhiker nor the man in the white jacket were ever identified. 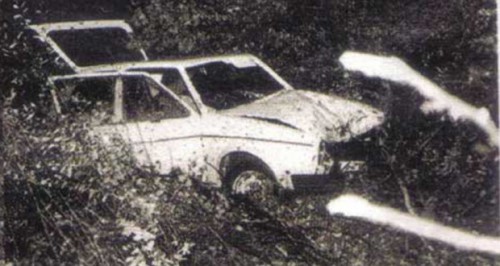 Investigators were unable to find any meaning of the word YOGTZE in any known language, although propositions have been made that the letters actually meant YO6TZE, a Romanian radio call sign, or that it was a reference to the yogurt flavoring called TZE. But these are only speculations.

The YOGTZE Murder: What Really Happened

The only logical explanation is that Gunther Stoll was in his car when he suffered a sudden fit of paranoia, took his clothes off, as people often do in delirium and went out in the middle of the road. There he was knocked down by another vehicle, whose driver, afraid, put him back in his car and tried to make it look like a car crash. But then again, complex theories and conspiracies always seem more lucrative to the investigator’s eyes and it has even been proposed that Stoll was associated with drug peddlers in the Netherlands, although such claims haven’t been established.

The YOGTZE Murder: Legitimacy in Dispute

Perhaps we will never be able to find out who really murdered Gunther Stoll. But whether the case itself is genuine is in doubt. The only source to the YOGTZE murder case is a Wikipedia post, and doubts have been expressed if this case is a Wiki hoax. The Wiki post itself links to a popular German TV show called Aktenzeichen XY… ungelöst (File Reference XY… Unsolved), which featured this murder mystery on a particular episode. After some research, I have been able to locate a scanned copy of an article from the Autobild Klassik, a snapshot of which is presented at the beginning of this article. You can get the original scanned copy here. This may help further prove the genuineness of this case. Perhaps one of you will be able to provide further information?