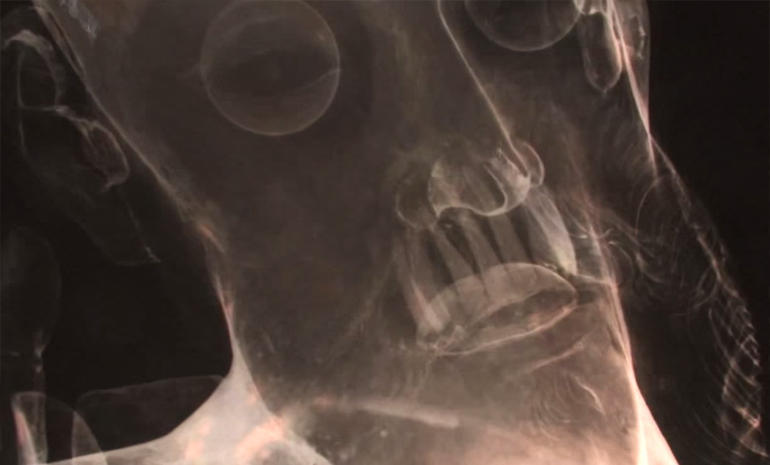 From what I understand of this tornado of media sensation, a statue of Jesus Christ named the Lord of Patience, which had till now been resting in the church of San Bartolo Cuautlalpan, a town of 40,000 in the municipality of Zumpango near Mexico city, was recently studied by historians, who found it to possess eight real teeth belonging to humans.

Researchers at Mexico’s National Institute of Anthropology and History (INAH) performed a study on the 3’8″ statue of the Lord of Patience, a portrayal of Jesus seated during the Passion, prior to his crucifixion. The statue, with spills of crimson-colored blood covering the forehead and palms, is a tragic and warm scene in itself.  But this recent study by the INAH, which included an X-Ray of the statue, has added to the creepiness as it goes on to show eight adult human teeth embedded in the jaws of the statue. 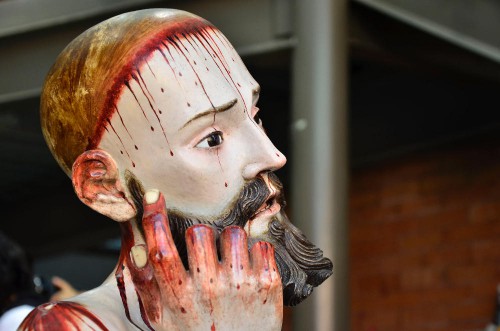 Fanny Unikel from Mexico’s National School of Conservation, Restoration and Museology tells Vice News that although it is common for a statue to have teeth, it’s generally of fiber and wood, and not, of course, real human teeth. However, this doesn’t mean that you’ve to be on the look out for ghoulish marauders pouncing upon you from allies to rob you off your teeth! Unikel says that it is common in many cultures to donate clothes, jewelry, wigs and even real hair to religious institutions as a show of gratitude, and our guy here has just made a more uncommon present to the Lord, human teeth!

Thus, the teeth are to be taken as a demonstration of generosity and devotion:

“The community really appreciates him, and this can be seen in the base of the sculpture, where there are different layers of multiple shades of paint. This shows that they wanted to present him with dignity.”

Hope you liked the flick, now leave your comments and share your opinion!