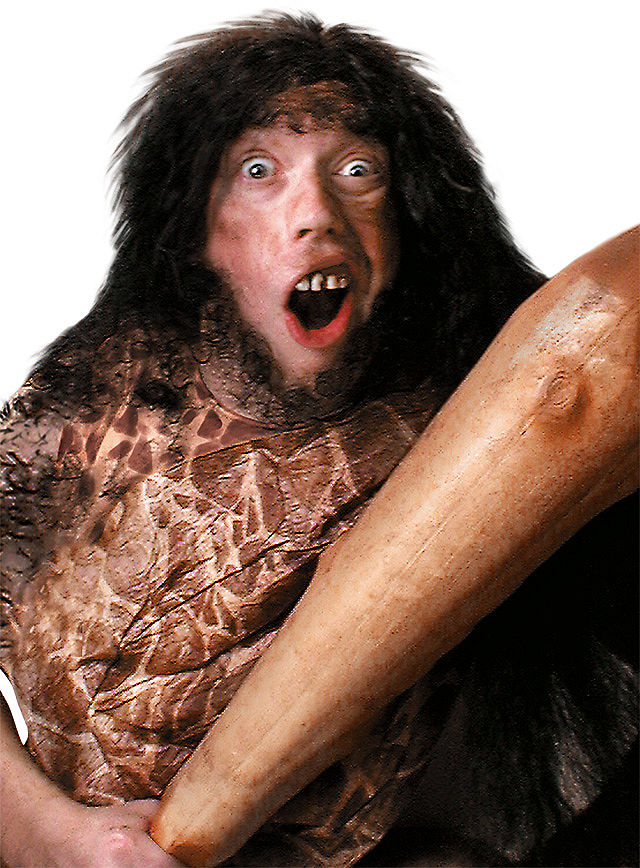 Since the discovery of Otzi, in the Alps, on the border between Italy and Austria, and with the continual recession of glaciers across the world there has been the hope of new archeological discoveries. A few finds

Nepal: Frozen Caveman Discovered in Himalaya
Pokhara| A group of climbers on an expedition in the Himalaya Mountains, have stumbled upon a complexe of caverns that seem to have recently surfaced after a series of violent avalanches in the region. Inside one of the caves, the team of Norwegian and Swedish mountaineers, found the remains of a humanoid male from the paleolithic era.

According to the primary analysis of the skeleton, it seems the bones belong to an adult male Homo habilis, which is believed to have lived from approximately 2.33 to 1.44 million years ago, during the Gelasian Pleistocene period. Further tests and analysis will be done to determine the exact nature of the remains, their age, and the individual’s cause of death. A crude stone spear and a few badly damaged leather objects were also recovered on the site and are currently being studied.

According to some experts, this could be by far the oldest sign of human life ever found in the region, dating possibly millions of years. Others seem to believe that the man was part of a small group that long-outlived the extinction of the majority of his species. Whatever the results of the carbon dating test, this opens a whole new interpretation of generally accepted views of the colonization of the planet by the human species. According to most widely accepted theories on the subject, Homo habilis isn’t normally believed to have travelled this far from Africa and lived in such hostile climates.

The remains of the man seem extremely well preserved considering their age, a miracle due to to the very constant and extremely cold temperature of the area, that would have kept his body constantly covered in ice for milleniums. They were discovered in a large cave, part of of a complexe of at least 65 separates cavities of varying sizes, that could have been a prehistoric settlement. A thorough search of the site could reveal many more artefacts and possibly other human and animal remains, but unfortunately the hostility of the climatic conditions and the remoteness of its location will certainly pose a lot of logistic and organizational problems for the preparation of a scientific expedition.

The misspellings alone send up a red flag in my book. Especially the mistaken use of millenniums as the plural for millennium. The correct term is millennia.

But if you need more reason to suspect this story, World News Daily Report is the only source. No scientific journals, no other press outlets at all have carried this story. Though, you will find it on websites like Disclose TV who seem to take it as gospel. And it has recently appeared on hit bait Facebook pages like Cryptozoology.

Real or Satire has this to say about World News Daily Report:

While not ‘satire,’ per se, World News Daily Report follows the old-school Tabloid-styled faux-journalism of its predecessors, such as the Weekly World News. As such, you will find disclaimers neither revealing its satirical nature nor reveling in its journalistic integrity. It’s just for entertainment purposes, so they rely on the sheer audacity of the topics covered to be its built-in disclaimer.

Though our reader IThinkSo has done a little research and found that WNDR Does actually have a disclaimer on their site. Crowd sourcing only improves the quality of what we do.