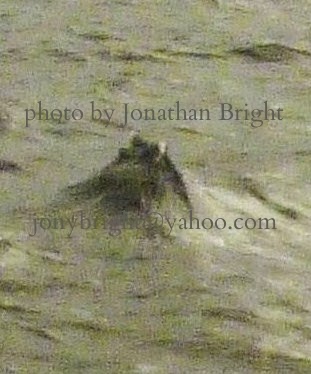 Should you happen to be traveling in Scotland around Hallowe’en then be sure to attend the Paranormal Festival in Stirling from 30 October to 2 November, where according to Scotland Now, Paranormal investigator Jonathon Bright will be revealing what he presumes to be an infrared image of Nessie’s head.

LEADING paranormal investigator Jonathan Bright will travel from his home in Greece to Scotland to deliver his views on an intriguing image he captured in late 2011 of a strange “monstrous head” coming out of the waters of Loch Ness.

The picture was published in 2013 and has since led to a great deal of discussions and analysis.

“My travels for exploring legends and investigating mysterious phenomena have taken me to various places in Europe, but nowhere else have I felt so enchanted and connected with the place as at the mysterious Loch Ness,” said Mr Bright.

“It was only a brief trip in the Highlands, but on the day that I was actually cruising the Loch, my infrared camera had captured a picture that, in my opinion, proves that the ‘monster’ is much more than a tall tale.

“Of course, a picture alone will never be able to stand out as ‘unambiguous’ evidence, let alone provide adequate answers to all of our questions on the exact nature of the phenomenon that we call Nessie.

“Whatever is the truth, there is no denying that Nessie will continue to intrigue the world for years to come.”

UPDATE: From the water horse’s mouth, Many of you will notice that the author of this photograph has commented that the image below is the photograph to be presented 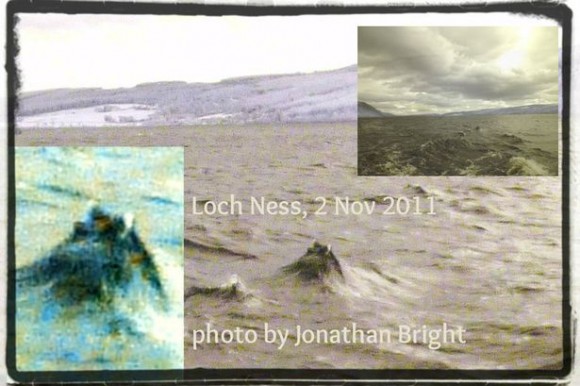 I hope to bring you the image when it is revealed, and we can all get a look.

Which reminds me, pretty much everyone knows the term Blobsquatch, and new to me I recently heard the term BlurFO. It got me thinking as I write this article there should be a similar term for Nessie photos. Feel free to leave your suggestions in comments. Perhaps if there are enough entries we will create a poll to choose a favorite.