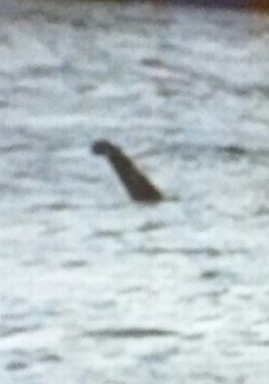 Really probably not, but it is what is going around.

In an article on Scotland Now, from the Daily Record:

AMAZING new images claiming to show the Loch Ness Monster have been captured on film and video.

Richard Collis spotted something unusual as he drove alongside the loch last week.

“I was travelling along the side of loch Ness, saw something out the corner of my eye, pulled over and went down to the Loch and took some photographs,” said Richard, 58, who runs a tree planting company on the west shore of the loch.

“As I was watching, I was thinking what the hell is that! 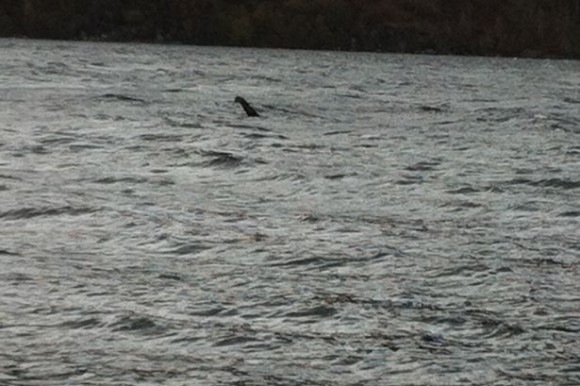 There is video, but you will have to go to this link to Scotland Now website to view it

Well, let me tell you. It is a tree branch sticking above the water as a waterlogged tree trunk floats just below the surface. Without video, stabilization which has not yet been provided, the camera moves too much for us to reliably determine if the supposed head is maintaining stability, or just bobbing in the waves. But distance can be deceiving, especially across water. To call this a large head (unless the proposal is that this is an immature Nessie) would mean that the waves need to be equally as large, and if they were that large I would expect to be seeing white caps in that much wind, very much as can be said for the “Doctor’s photo.”