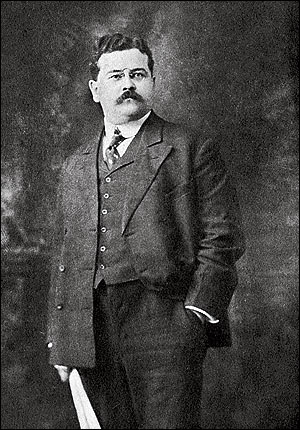 Charles Fort. Author and researcher into all things weird wrote thousands upon thousands of notes during his lifetime. From 1874 to the 1930s, Fort scoured through countless of books, articles, and obscure publications for stories and firsthand accounts of anomalous phenomena. Tales of of poltergeist, teleportation, strange beings, and UFOs were at the top of his list. His meticulous research led to many volumes of paranormal stories that have influenced many researchers, scientists, and writers since.

Today, a large part of Charles Fort’s notes (the ones he didn’t destroy) are being digitized and uploaded to the web so that they can be read and used by the general public.

There are many accounts of poltergeist-phenomena that are so obscured by the preconceptions of witnesses that one can’t tell whether they are stories of girls who had occult powers, or of invisible beings, who, in the presence of girl-mediums, manifested. But the story of Angelique Cottin is an account of a girl, who, by an unknown influence of her own, acted upon objects in ways like those that have been attributed to spirits. The phenomena of Angelique Cottin, of the town of La Perriere, France, began upon January 15, 1846, and lasted ten weeks. Anybody who would like to read an account of this wild, or undeveloped, talent, that is free from interpretations by spiritualists and anti-spiritualists, should go to the contemporaneous story, published in the Journal des Debats (Paris) February, 1846. Here are accounts by M. Arago and other scientists. When Angelique Cottin went near objects, they bounded away. She could have made a perpetual motion machine whiz. She was known as the Electric Girl, so called, because nobody knew what to call her. When she tried to sit in a chair, there was low comedy. The chair was pulled away, or, rather, was invisibly pushed away. There was such force here that a strong man could not hold the chair. A table, weighing 60 pounds, rose from the floor, when she touched it. When she went to bed, the bed rocked —

London Times, Jan. 13, 1843 — that, according to the Courrier de l’Isére, two little girls, last of December, 1842, were picking leaves from the ground, near Clavaux (Livet), France, when they saw stones falling around them.  The stones fell with uncanny slowness. The children ran to their homes, and told of the phenomenon, and returned with their parents. Again stones fell, and with the same uncanny slowness. It is said that relatively to these falls the children were attractive agents. There was another phenomenon, an upward current, into which the children were dragged, as if into a vortex. We might have had data of mysterious disappearances of children, but the parents, who were unaffected by the current, pulled them back.

In the Toronto Globe, Sept. 9, 1880, a correspondent writes that he had heard reports of most improbable occurrences upon a farm, near the township of Wellesley, Ontario.  He went to the place, to interview the farmer, Mr. Manser. As he approached the 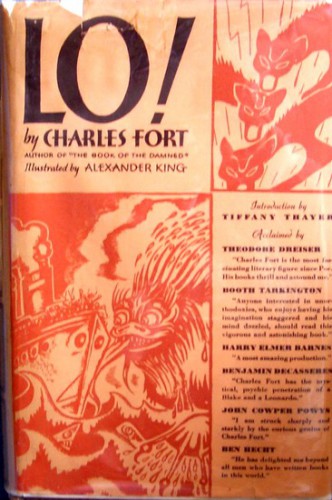 farmhouse, he saw that all the windows were boarded up. [36/37] He learned that, about the end of July, windows had begun to break, though no missiles had been seen. The explanation by the incredulous was that the old house was settling. It was a good explanation, except for what it overlooked. To have any opinion, one must overlook something. The disregard was that, quite as authentic as the stories of breaking windows, were stories of falls of water in the rooms, having passed through walls, showing no trace of such passage. It is said that water had fallen in such volumes, from appearing-points in rooms, that the furniture of the house had been moved to a shed. In all our records openness of phenomena is notable. The story is that showers fell in rooms, when the farmhouse was crowded with people. For more details see the Halifax Citizen, Sept. 13, 1880.

Nobody can investigate the reported phenomena that we’re taking up, without noticing the number of cases in which boys and girls, but a great preponderance of girls, appear. An explanation by those who disregard a great deal — or disregard normally — is that youngsters are concerned so much, because it is their own mischief. Poltergeist-phenomena, or teleportation of objects, in the home of Mr. Frost, 8 Ferrostone Road, London, for several months, early in the year 1921, can not be so explained. There were three children. Phenomena so frightened one of them that, in a nervous breakdown, she died (London Daily Express, April 2, 1921).  Another, in a similar condition, was taken to the Lewisham (London) Hospital (London Daily News, April 30, 1921).  –Source: Lo! Charles Fort.

Like many researchers, Fort was skeptical but not dismissive. Which to many set him apart from most of his contemporaries in the halcyon days of modern science. Today we know that most of these strange forces that Fort investigated are explainable. Like for instance Fort’s investigations of blood rain falling from the sky was nothing more than red colored bacteria from algae. However, the countless stories of rocks being hurled by phantom hands and eerie poltergeist activity remains as unexplainable today as it did back when Fort first cataloged the incidents.

Today, WISE (World Institute for Scientific Exploration) ration) is taking on the challenge of digitizing Fort’s work. The tremendous task of organizing his notes is done for the sole purpose of preserving these types of anomalous stories. Stories that could easily have been forgotten in time if it weren’t for the hard work and dedication of Charles Fort.

If you like to help out please donate (tax deductible) to the to the project at WISE.