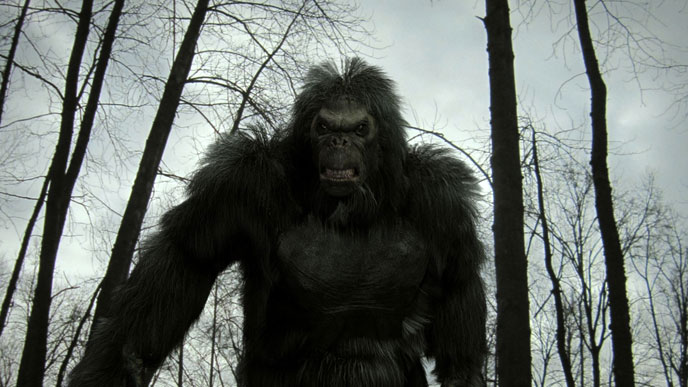 During the early 1970s Ron Moorehead and his buddy, Al Berry, recorded a barrage of strange sounds and chatter coming from deep inside the woods of the Stanislaus Forest in California. The sounds were unrecognizable and unlike anything they had ever heard before. The creepy and guttural chatter went on for hours, in which the two friends were able to identify several creatures “talking.” The recorded vocalizations known as the “Sierra Sounds” are considered by many to be one of the most important pieces of evidence in the search for Bigfoot. Listen closely.

I first heard these recordings several years ago and to this day I still cannot fathom any known creature emitting that kind of sound during vocalization. The voices seem to bark one second and on the next, form a strange guttural language that seems organic and spontaneous. The range of pitches and tones are, in my opinion, a bit complex for a person to imitate. However that does not mean that it cannot be accomplished.

That being said, take a look at YouTube user Hippies WithGuNs as he takes a crack at imitating the infamous Sierra Sounds:

Listening to both recordings, we can appreciate the vast difference in tone and pitch from the 1970s recordings and those of YouTube user HippiesWithGuNs. Even more intriguing is that fact that the originals included a broader “chatter” with more throaty and guttural sounding noises.

But wait, it get’s more interesting.

GhostTheory’s own Henry P., attended a Bigfoot conference a few years back where he was able to record a talk by R. Scott Nelson. Mr. Nelson, a crypto-linguist, has gone on record to state that what we’re hearing isn’t just grunts and random noises but more of a pattern. That is to say, Mr. Nelson believes these recordings contain the language of the fabled Bigfoot creature. More on Henry’s post here.

Skeptics have long denounced these sounds as being nothing more than a simple hoax. However in the almost 40 years since their recordings, there has not been any credible evidence that can back up their claims. Just like the Patterson & Gimlin footage, the Sierra Sounds are known as some of the most compelling evidence for the case of Bigfoot.