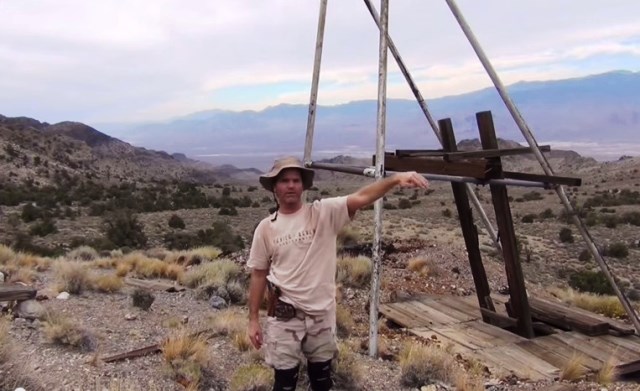 In November of 2014 Kenny Veach, a 47 year-old experienced hiker ventured off into the Nevada desert in search of a strange cave he had spotted during a previous hike near the Nellis Air Force Base. According to a comment he left on YouTube, the cave was odd and had a strange entrance that resembled the letter M. As he approached, he claimed to have felt a strong vibration engulf his entire body. The closer he got the more the vibration intensified.  Whatever was inside the cave made him fear for his life.  Kenny left and returned days later with proper gear and a gun for safety. That was the last time anyone saw him alive.