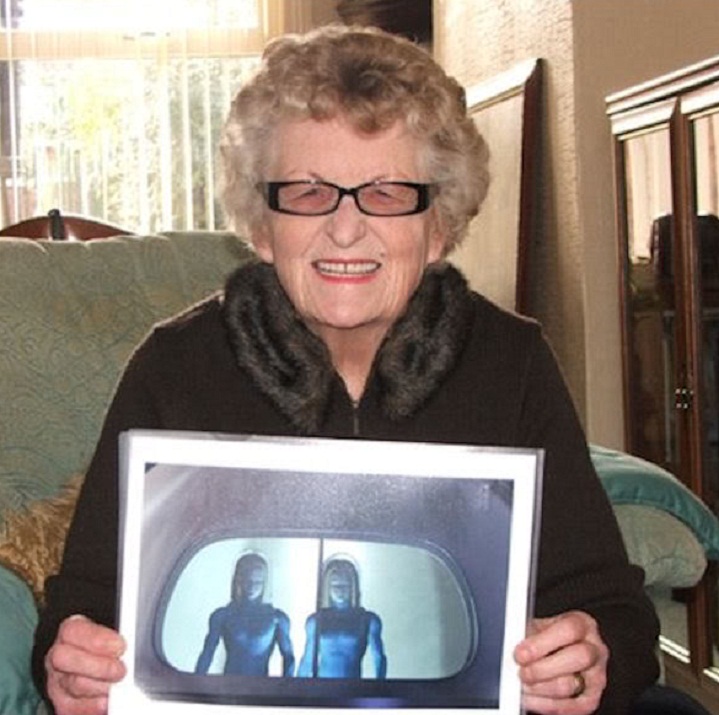 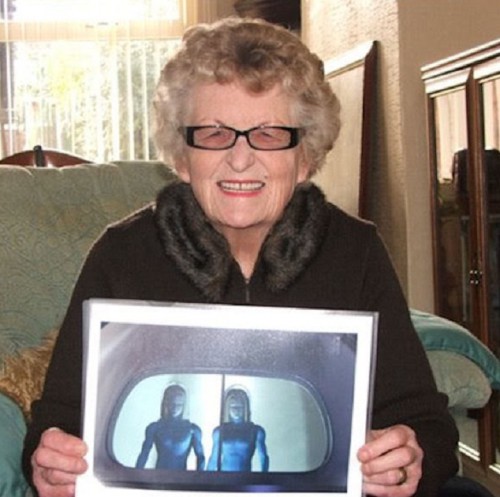 Jessie Rosenberg holding a rendition of her visitors

It was October 21st, 1954, when Jessie Rosenberg stepped outside of her home in West Midlands, England. Mrs. Rosenberg, then aged 29 had gone outside to investigate a strange hissing sound that made her uneasy.

Outside, her two children were laying low on the grass. They were in a state of shock, screaming that a flying saucer was above them. That’s when Mrs. Rosenberg witnessed a “Mexican-hat” like craft hovering low above their home. It was then that she saw two blonde humanoid figures staring down at her from a viewing window on the craft. All she could do was to stare back in disbelief.

The West Midlands sighting has been told and investigated for over half a decade. In that time, none of the witnesses have wavered from what they claimed to have seen that October day in 1954.  However reports of close encounters of the third kind usually seem over-sensationalized, which for a skeptic mind spells hoax. In Mrs. Rosenberg’s case, what’s interesting to note is her description of the humanoid occupants in the UFO.

They were Beautiful people

Mrs. Rosenberg describes the occupants as having long golden hair and beautiful faces that had a large upper half. They wore a pale blue skin-tight suit with what appeared to be a glass helmet.

In the 1950s there was a rash of claims of alien abductions around the world. It coincides a lot with the rise of the flying saucer in America’s pop culture. However in most of Europe those who claimed to have been taken, almost always described the aliens as tall, blonde, beautiful, and wearing some type of tight suit. What many refer to as the Pleiadians, or Nordic Aliens. 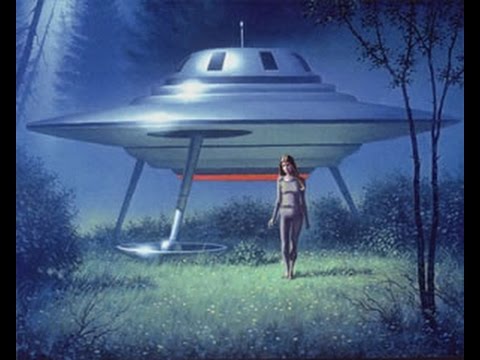 These blonde humanoids have been part of European history for decades. Hitler and his SS henchmen spent a considerable amount of time, effort, and money in eccentric attempts at contacting  these supposed higher-state beings. It wouldn’t be until a decade after the fall of the Third Reich that people all over Europe began to describe encounters with these beings.

The Nordic Aliens are almost a total opposite of what was being seen all across the Americas at the time; especially in the United States. When the Roswell incident hit the press in the late 40s, the public image of  ‘little green men’ had drastically changed.

On the other side of the pond, UFO mania was at full steam. However unlike the Nordic Aliens, the Greys looked totally different and appeared to have a different agenda. The Greys are traditionally described as ranging anywhere from three feet to five feet in stature. They have giant bulbous heads with large almond-shape dark eyes. They appear child-like in form and at times are seen without suits of any kind.  Along side with the Greys, the 1950s saw a rise of other strange alien creatures and mechanisms encounters that mostly happened in wooded areas.  The Mothman, The Incident at Kelly, The Flatwoods Monster…

However it is unclear who’s stealing from whom. Did science fiction writers take from the headlines or did abductees take from their pages?

Whatever your thoughts are about the Blonde or Grey aliens you should always remember that these stories have one underlying theme in common: Something strange is definitely out there and it’s visiting us.