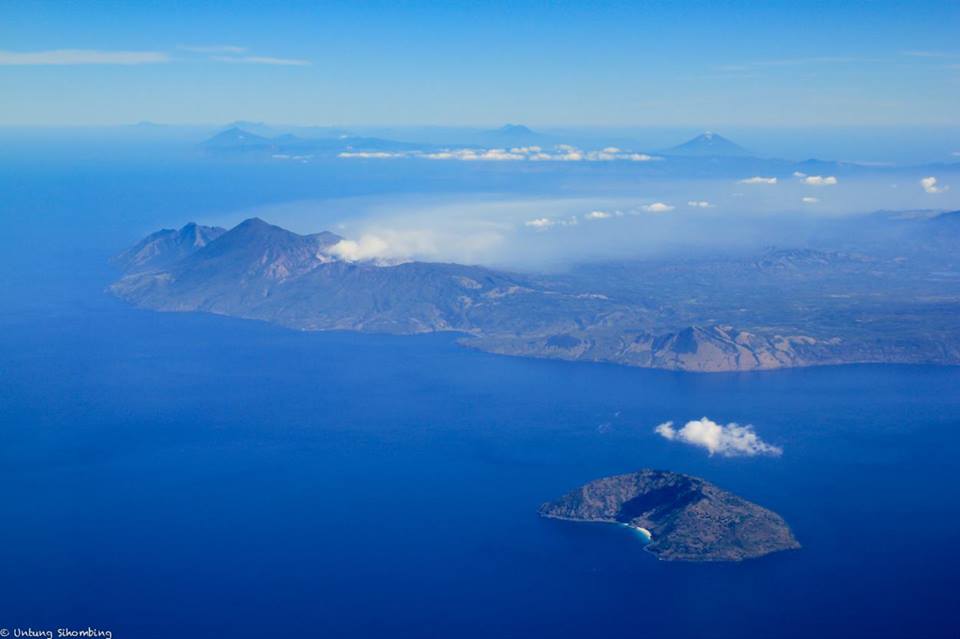 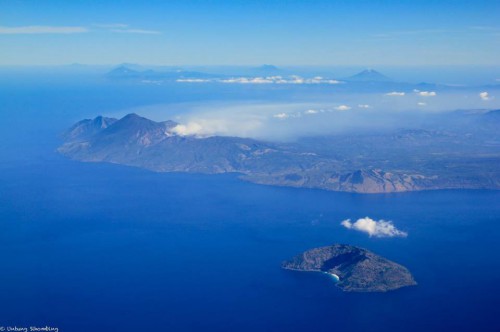 From a distance, the villagers could see the strange men in strange suits walking around the remote side of the island. The villagers stared in terrorizing disbelief as the humanoid beings approached them. They reported them as humanoid-looking with a reddish skin tone and long silvery-white hair. The beings wore a skin-tight suit that was dark blue with a high collar. Around their waist were small metallic cylinders. That’s when one of them jumped over the crowd of bewildered onlookers, disappearing from sight. On July 1959, the strange visitors arrived on the Indonesian Islands of Alor and Pantar. What follows is the surviving account as told by a regional police chief.

They were human looking, but somehow the villagers knew that what they stumbled upon wasn’t from this world. Confused and frightened, the villagers took the opportunity to surround one of the beings and attacked it with arrows and spears. Unharmed by their weapons, the being was reported to have leapt over the surrounding crowd of villagers and disappear without a trace. Completely unfazed by the attack. It was reported that on the eastern part of the Island Alor, villagers also encountered the beings.

Just outside the capital, a villager in the area known as Kalabahi reported a very strange encounter with one of the creatures. The 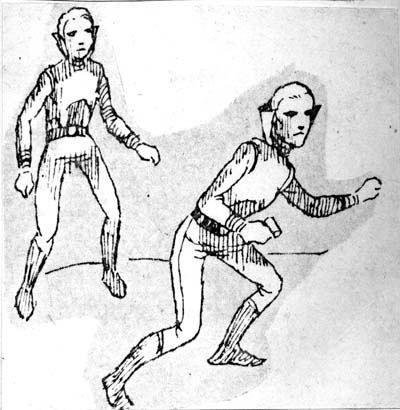 Artist’s rendition of the beings

villager was in a remote area when he found himself surrounded by the strange uniformed men. They were all talking in a language that was unfamiliar to the terrified villager. According to the witness, that’s when one of the beings paralyzed him with a metallic cylinder that was attached to his waist.

While immobilized they approached him. That’s when one of the beings then produced a “clock-like gadget” that he described as an amazing piece of technology unlike anything he had ever seen before. The gadget then produced a hologram or image of a remote and far away place. According to the villager, he could see strange mountains, forests,  and towering hills on the image.

Near the area a six year-old child had gone missing for a complete day. As word of the visitors got around, the child’s family and neighbors searched the surrounding forest and areas in sheer panic. After 24 hours missing they found the child in a remote field. He was in a state of shock and confusion. He later told of how he had been taken by strange blue-uniformed men into the woods. There, they did some medical examinations of the boy. The child stated that the being offered him “any kind of food he wanted.”

Hundreds of miles to the west sits the neighboring island of Pantar. It was there that after sunset the men in blue arrived. Just as they had done in Alor, the visitors began terrorizing the villagers of Pantar. 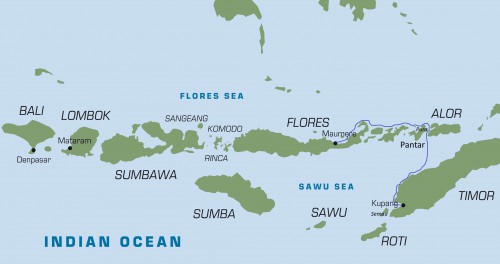 The villagers reported six humanoid men in strange costumes prowling through their homes, seemingly looking for something in particular. They went as far as opening doors and windows and looking inside the frightened people’s homes.

As the reports started to come in, Regional Police Chief, Alwi Alnadad, took a group of his armed men and set off east of Kalabahi to investigate what the villagers claimed as attacks by strange, foreign men. The policemen were armed with guns although they had no idea what it was that they were looking for.

According to accounts, the visitors appeared in the dead of night while police waited for an ambush. Alnadad and his men fired a few shots when they saw the beings appear only a few meters away from them. The bullets apparently missed their targets as no blood or bodies were left after the shots rang out. In fact, the visitors had vanished all together leaving behind the bullet-ridden trees and fear in the community.

After the encounter with local police, the men in blue disappeared. It was reported that the villagers from both islands then saw a bright egg-shaped object flying across the Indian ocean, as if taking a final farewell flight. Many air operators were also reported to have had picked up a thermal image of a shiny little object traversing the oceans.

To this day the strange humanoid visitors never returned to the islands.

“I am convinced that we must study the UFO problem seriously for reasons of sociology, technology, and security.” — Raden Jacod Salatun.

The story of the 1959 visit was carefully and meticulously cataloged by Raden Jacob Salatun. Salatun was an Indonesian Air Commander and a Vice Air-Marshal in the Indonesian Air Forice. Salatun is also known as the founder of Indonesia’s National Institute of Aeronautics and Space. 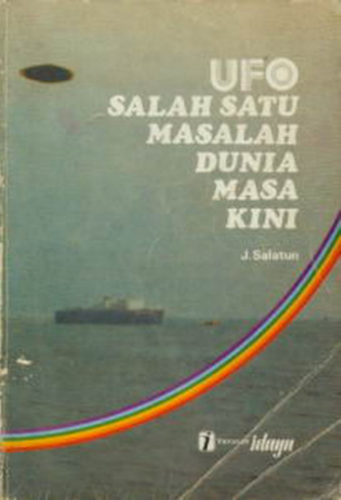 It was in the late 1970s that the story was told to the world after the then retired police chief Alwi Alnadad recounted the strange events to Salatun which he would later publish in his book “UFO,Salah Satu Masalah Dunia Masa Kini“, “UFO, one of the problems of today’s world” (Google translate).