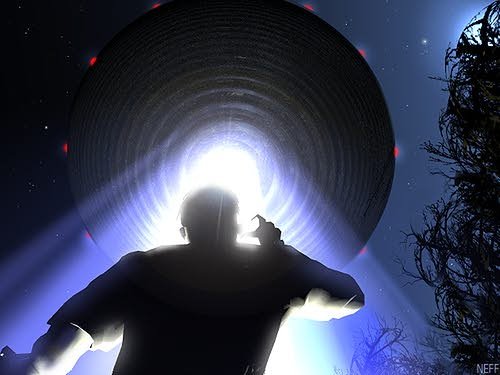 When it comes to the subject of UFOs, what makes a person a reliable witness?

Is it the accounts in which a person does not waiver from the details no matter how many times they’ve repeated them, or how long it’s been since they have?  Or is it the ones that leave the witness emotionally perturb and visibly shaken because they’ve just witnessed something incredible, yet terrifying?

In 1987 a phone call was made to NUFORC (National UFO Reporting Center) by a man who saw something unexplainable in the skies above Climax, Missouri. The caller reported strange cigar-shaped aircraft hovering a few hundred feet above his property on Coffman bend 11, Climax, Missouri.

The man reported seeing occupants inside the UFOs. Strange, human-like beings that stared at him from above.

NUFORC: What did you see?

Base, as a matter of fact, gave me your number. They hovered 300 feet

lion in the cage, you know, an insect in a jar — three craft.

Male: Directly overhead. I saw their faces looking out the windows at me,

man, pointing at me with their fingers. We’re not talking about one.

We’re talking about three crafts. Nothing like this ever happened to me

in my life. Do you know what I’m saying?

Listen to the original call made to the NUFORC: