The dead among us: A look into Cotard’s syndrome 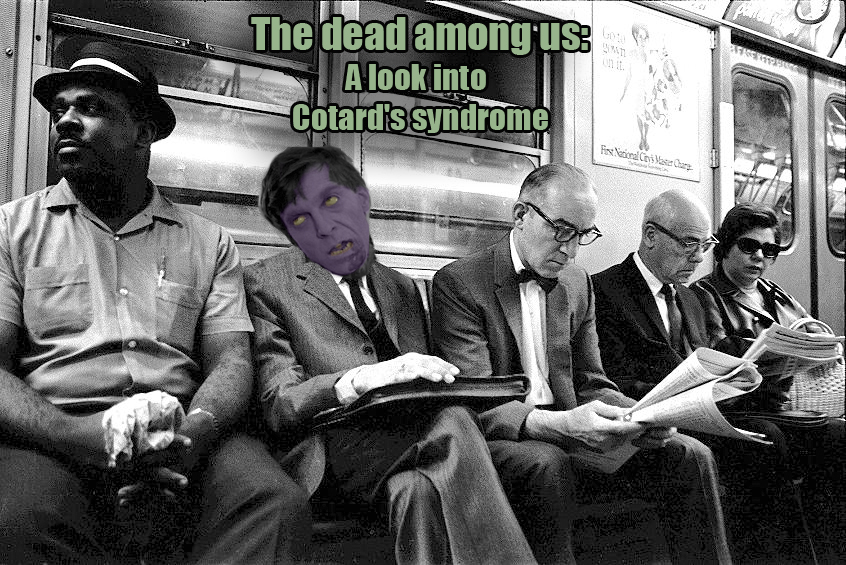 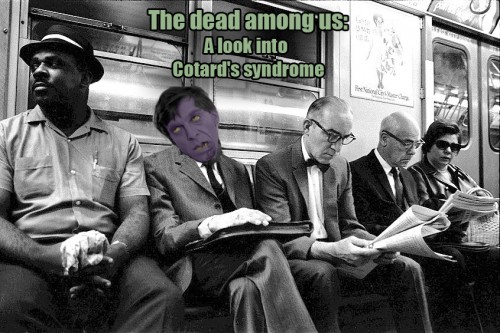 There exists a macabre delusion that we know almost nothing about. It’s a psychotic delusion makes a person believe that they’ve died and have been left to roam in agony in the living world.

It convinces them so much so, that they begin to hallucinate and smell their own body decomposing. They don’t know whether they’re dreaming or asleep. They begin to negate themselves food and water, even basic hygiene gets ignored. They’re only wish is to be side by side with their fellow corpses. They exist as dead among us. GhostTheory takes a look into the strangeness of Cotard’s syndrome.

DOCTOR, WHY WON’T YOU BELIEVE ME? I’M already DEAD…

Ms. L insisted to the medical staff at a New York City hospital that she had no heartbeat because she was dead. She told them that she was rotting and that she smelled like a decomposing cadaver. She claimed that blood had stopped flowing through her veins

and that she couldn’t understand why she hadn’t been  buried. The 53 year-old Filipino woman told them that she wanted to be taken to the morgue instead of the emergency room, so that she could be with the other corpses.

Like Ms. L, there haven dozens of documented cases where a person believes that they’ve died and exist in some form of rotting agony. It’s called Cotard’s syndrome and it’s one of the strangest delusions we’ve ever seen. The bizarre syndrome was first described by  Dr. Jules Cotard in 1882. According to it’s definition: Cotard’s syndrome comprises any one of a series of delusions that range from a belief that one has lost organs, blood, or body parts to insisting that one has lost one’s soul or is dead.

Eventually the psychiatrist found out that Ms. L had been previously diagnosed as suffering from depression. She was prescribed anti-depressants in the Philippines, one month before moving to NYC. After a few months on medication and therapy, Ms. L showed signs of improvement. Her delusions subsided.

Cotard’s syndrome or Walking Corpse Syndrome. What is this strange delusion that makes ordinary people think they’re dead and decomposing?

The syndrome was named after the French neurologist who had given it the name “Negation delirium” because of his observations of a patient negating her body food and water. The patient known as Mademoiselle X.

Ms. X was a severely depressed and a self-loathing young woman who believed that she had died because she was missing some internal organs. She complained about her rotting skin and how she had been “eternally damned” to roam the earth. She refused to eat or drink water since she was convinced that some of her body parts were missing. Ms. X eventually gave in to starvation and soon passed away.

In the germination stage the person suffers from a psychotic depression and hypochondria. From that point, the person descends into the Blooming stage, where the full development of the syndrome begins. They start to negate their body of food and water while being tormented with the smell of rotting flesh.

The last stage is the Chronic one in which full severe delusions and chronic depression begins to distort’s the person’s view of the world around them. Some patients have reported having strong feelings of depersonalization, loneliness,  and out of body experiences. They simply don’t know if they’re alive, dead, awake, or asleep.

Does culture have anything to do with Cotard’s syndrome? Do beliefs in Zombies, Djinns, or even Donald Trump contribute to the onset of Cotard’s?

Some researchers are throwing the idea out there.

There was a case in which a female patient believed to have been killed by a Persian folklore creature named “Aal”. The patient 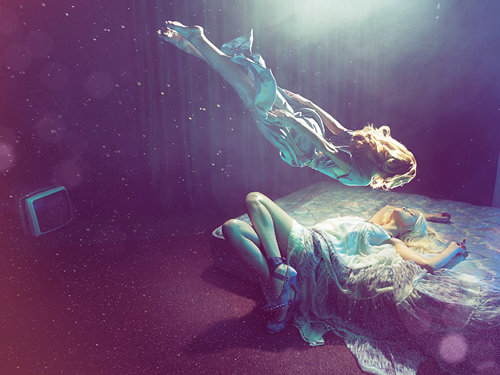 had developed all three of the stages of CS after suffering from complicated grief and psychosis. She also reported being able to leave her body and walk around the living world. Also known as an Out of Body Experience.

But it’s also not restricted to just religious beliefs, death, or folk lore.

In Asia genitalia retraction is a delusional fear that affects both men and women. It’s known as Koro. A delusion in which a person is convinced that their genitals are shrinking to a point in which they simply vanish. Koro has been seen more in male community therefore giving it the nickname the ‘shrinking penis syndrome.’

Pregnant woman have also been reported to suffer from CS.  In an interesting case, in the late stages of the pregnancy, an expecting mother refused to believe that she was carrying her child. She did not believe that she herself was dead, but rather that her pregnancy never existed.

So it seems like Cotard’s syndrome doesn’t discriminate whether it’s your penis or your brain that’s dead. It doesn’t care about your culture or your reproductive system. It just wants you to smell your own body decomposing while you sit and ponder whether you’re still alive or should have been buried two weeks ago.

We know of a single case of Cotard’s syndrome that included delusions of lycanthropy. A man was institutionalized when it was found that he was going around claiming that not only was he dead, but that he had been transformed into a dog. 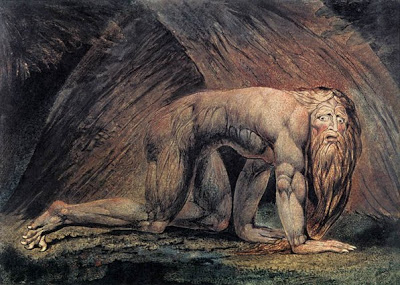 At first the man had been diagnosed with a bipolar mood disorder however that was quickly clustered into a myriad of other delusions. Depersonalization, lycanthropy, and a serious and heavy guilt about having had some type of sexual contact with a sheep. His zoophilic acts and dog-like behavior were noted as major factors causing the man’s delusions. His case file reads like a man whose complete mind and body had been taken over by raw animalistic instincts.

A 65 year-old man was near death since he had refused to eat or drink, believing that his stomach had suddenly shrank. He developed a psychotic fear of water. It was noted that when someone offered him a glass, he would panic and display signs of sever anxiety. The patient had developed Hydrophobia in conjunction  with Cotard’s.

As scary as Cotard’s syndrome might seem, there are ways of either getting rid of it completely or at least keeping it at bay. it appears that the syndrome is brought upon other present or developing psychotic delusions.  With proper treatment a patient suffering from Cotard’s can show signs of progress within months or weeks of beginning treatment.

Cotard’s syndrome can strike anyone at anytime. So the next time you experience some sort of an existentialist crisis and happen to get a hint of something decaying nearby, take a whiff under your arm just to make sure.