A strange death in Vallecas, Madrid

The police station of Vallecas, Madrid, received a telephone call late on the night of November 27th, 1990. The scarcely manned police station wasn’t at all prepared for what the frantic voice was frothing about over the phone. Mr. Gutierrez claimed he and his wife were plagued by tall shadowy people and strange happenings inside their modest condominium at a near by street address. Inspector José Negri took the case and quickly assembled a small squad of officers to help deal with what he believed to be intruders inside the Gutierrez household. Nothing in their official training would prepare them for what was inside the Gutierrez household.

Two squad cars parked alongside the towering residential building on Luis Marín street. They met with Mr. and Mrs. Gutierrez who were both standing in the frigid cold too scared to go back inside their home. When the police made their way inside the 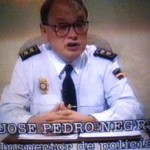 home of  Máximo and Concepcion Gutierrez there was nothing but a lingering eerie calmness from which the couple fled from. No signs of forced entry on the windows or door and no other person was inside the home except the terrified home owners.

They told the police that they’ve  been haunted by loud banging noises and doors slamming at all hours of the day. However what really got the dismissive officers’ attention was when Mr. Gutierrez told them about the ominous shadowy beings that they both had seen walking about their residence. Tall shadows that walked past the hallways and peered through doorways. Mrs. Gutierrez dreadfully recounted when she had been grabbed in the middle of the night by a pair of invisible hands.

“I felt pressure on top of me but there was no one around. I said [to Mr. Gutierrez] ‘there’s someone here.’ I then felt a pair of hands grab my feet and then grab my hand, which were uncovered by the blanket.” – Concepcion Lazaro Gutierrez

Still not entirely sure what they were expected to do or see, Inspector Negri ordered a few of his men to stay in the living room with Mrs. Gutierrez while he and two other officers accompanied Mr. Gutierrez into the master bedroom. In there, they stood talking when all of a sudden a loud bang came from outside the bedroom’s balcony. They they heard what sounded like a fairly large and heavy boulder roll across the balcony’s tiled floor.

When they opened the doors that led to the balcony, they saw nothing. No boulder or signs of anything unusual that the men could identify as the source of the sound. They went back into the living room to ask their fellow officers if they had heard or seen anything strange. None of them did, however in that moment one of the officers yelled “Duck!” to his partner who had been standing near a large pine armoire. As he ducked out of the way one of the doors swung open, barely missing the officer by a few inches. The now nervous officers in the room drew their guns from their holster and nervously pointed them towards the inanimate furniture. There was nobody else near the furniture and a preliminary inspection yielded no strings or trickery of any kind.

The men stood in silent disbelief. They could not understand what was going on inside the Gutierrez’s home or who or what was behind the strangeness they’ve witnessed. At that point two officers decided that what they had seen was too much and opted to wait outside in the cold of the night rather than spend another minute in what they believed to be the haunted home of Mr. and Mrs. Gutierrez.

While sitting in the dinning room,  the couple told the now intrigued officers about the strange death of their daughter Estefania just a few years ago. A death they believed was brought upon something otherworldly.  According to the Gutierrez, about two years before their eighteen year-old daughter had been caught in the middle of a seance using a Ouija board at school.

When a teacher caught Estefania and her friends inside a darkened room and the spirit board in the center, she immediately scolded the group and ripped apart the board. Breaking the tall glass that the girls had been using as a planchette. Both the teacher and girls claimed to have seen some form of trapped smoke escape from the glass when it was lifted and was inhaled by Estefania. The couple claimed that from that moment on, their daughter’s physical and mental health began deteriorating.

Claiming that it began with Estefania telling them that she was seeing ‘strange people’ inside their house. Shadowy beings that appeared momentarily and haunted the terrified girl. As the parents divulged the incredible information, a loud ruckus came from Estefania’s room. Loud bangs and thrashing sounds were coming from behind the closed bedroom door. The inspector and officers jumped from their chairs.

Máximo led the way to his defunct daughter’s room. Inside the youthfully decorated room they saw a crucifix laying in the middle of the floor. Máximo pointed to the nail on the wall from which the crucifix had hung for years. The officers saw that one of Estefania’s posters had been clawed at and partially shredded while still hanging from the same nail the crucifix hung from.

The inspector signaled to his men to check the other door in the bedroom that led to a balcony. It was locked and there was no one outside or anywhere near Estefania’s bedroom. As the men examined the room, a loud pounding noise echoed across the girl’s room. To which no source of the noise was ever found. Máximo then told the officers that while inside the same room, he had witnessed his son being pushed by an unseen force.

Concepcion noted that one of their daughter’s photograph had fallen off the table and ignited in fire. Only burning the photographic paper that had Estefania’s portrait. Leaving the frame without a single singe mark and the glass without a single crack or scratch. 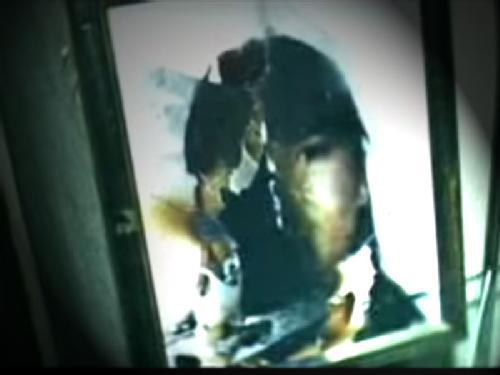 Outside the bedroom an officer noted that a strange, crimson colored goo was present in some of the Gutierrez’s furniture. An unfamiliar substance that neither Máximo or Concepcion had ever seen before. Not knowing what to make of the situation, inspector Negri was then told about the bathroom the Gutierrez family chose to stay out of.

They reported that they would hear disembodied voices at times while inside the bathroom and also experience sudden drops of temperature, an icy chill that engulfed whoever was inside. The inspector walked into the bathroom (which had been used only for washing and storing dishes due to the phenomena). Inside he felt the hair on his neck stand on end, an eerie feeling that other officers also felt. The officers noticed that the temperature inside the bathroom was significantly colder than the air outside.

“It was a cold unlike anything I’ve ever felt before…” – Inspector Jose Negri.

A seance and a strange death 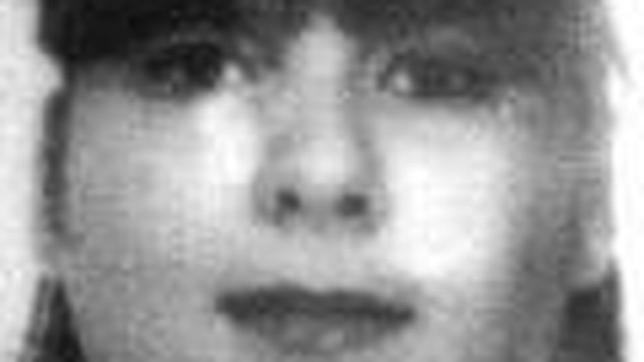 According to Mr. and Mrs. Gutierrez their daughter had developed a slight interest in the occult, which led to the teenager and her friends to perform a makeshift seance in school. According to Estefania’s friends, they were attempting to contact the boyfriend of one of the girls who had died recently in a tragic motorcycle accident.

When the seance was busted by the intruding teacher, the girls and teacher claimed to have seen a strange swirling smoke enter Estefania’s nose and mouth. Days later Estefania began having seizures and hallucinatory visions that her mother said she never suffered from. Estefania would sometimes go into fits of wild rage, snarling and barking at her younger brothers. Other times she would tell her parents that she would see shadowy people walk past her bedroom at night. People she would described as being “strange and evil” looking.

The couple took their daughter in for examination and testing but none of the doctors could find anything physically wrong with her, leading them to believe that the girl had suffered some type of psychotic episode. For six months Estefania was tested and checked by numerous doctors and hospitals. No one could give the Gutierrez a straight diagnosis of what their daughter was suffering from. All the while Estefania’s physical health progressively worsened. 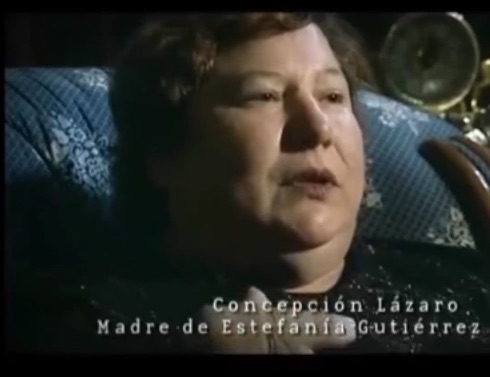 During the last months of her life, Estefania began having bouts of seizures everywhere she went. On the subway, on buses, inside classrooms and her home. She wasn’t safe from the mysterious illness that had begun plaguing her. As her health worsened, so did the hallucinations and voices Estefania was claiming that hounded her throughout the days and nights.

A few months after it all began, Estefania mysteriously passed away in her bedroom. With no official cause of death, Estefania’s parents attributed it to her involvement with the occult. It was then that they both began to experience the unnerving and unexplained phenomena in their home. Slamming of doors, electric appliances turning off and on, faint whispering, and the shadowy beings began haunting the Gutierrez residence. 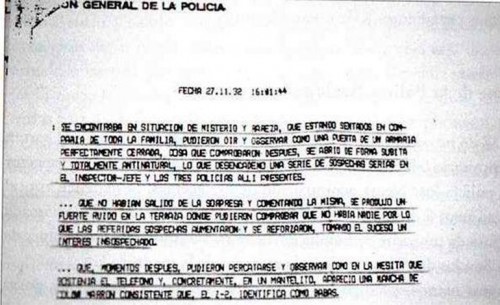 Official Vallecas Police report in which officers testified to the strange happenings.

The couple found no help within the medical professionals when it came to their daughter’s mystery illness. Now they were finding no help within the police in regards to the frightening happenings inside their home.  With no choice left in the matter, Máximo and Concepcion decided to move out of their home. Once they did, the insidious torment ceased.

Both  where able to finally put the strange events behind them, allowing them to peacefully mourn their daughter’s death. To this day, no other strange events have been reported inside the condominium on 8 Luis Marín, Vallecas, Madrid. 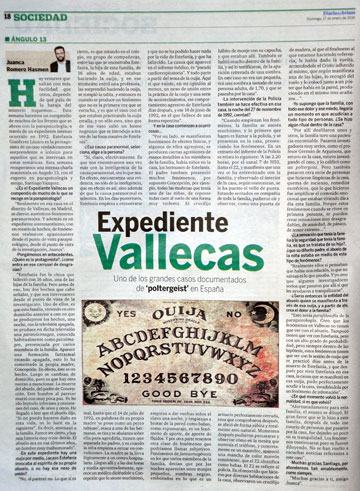 Police officers are trained observers and rarely are they called-in for paranormal incidents. However when they do investigate the unexplained they almost always refuse to report that what they’ve seen was something paranormal. However the Vallecas police report is filled with extraordinary events that the officers present swore to have witnessed. Leaving this case to be one of the most recent, eeriest unexplained case in their files.