Men In Black: They’re watching you 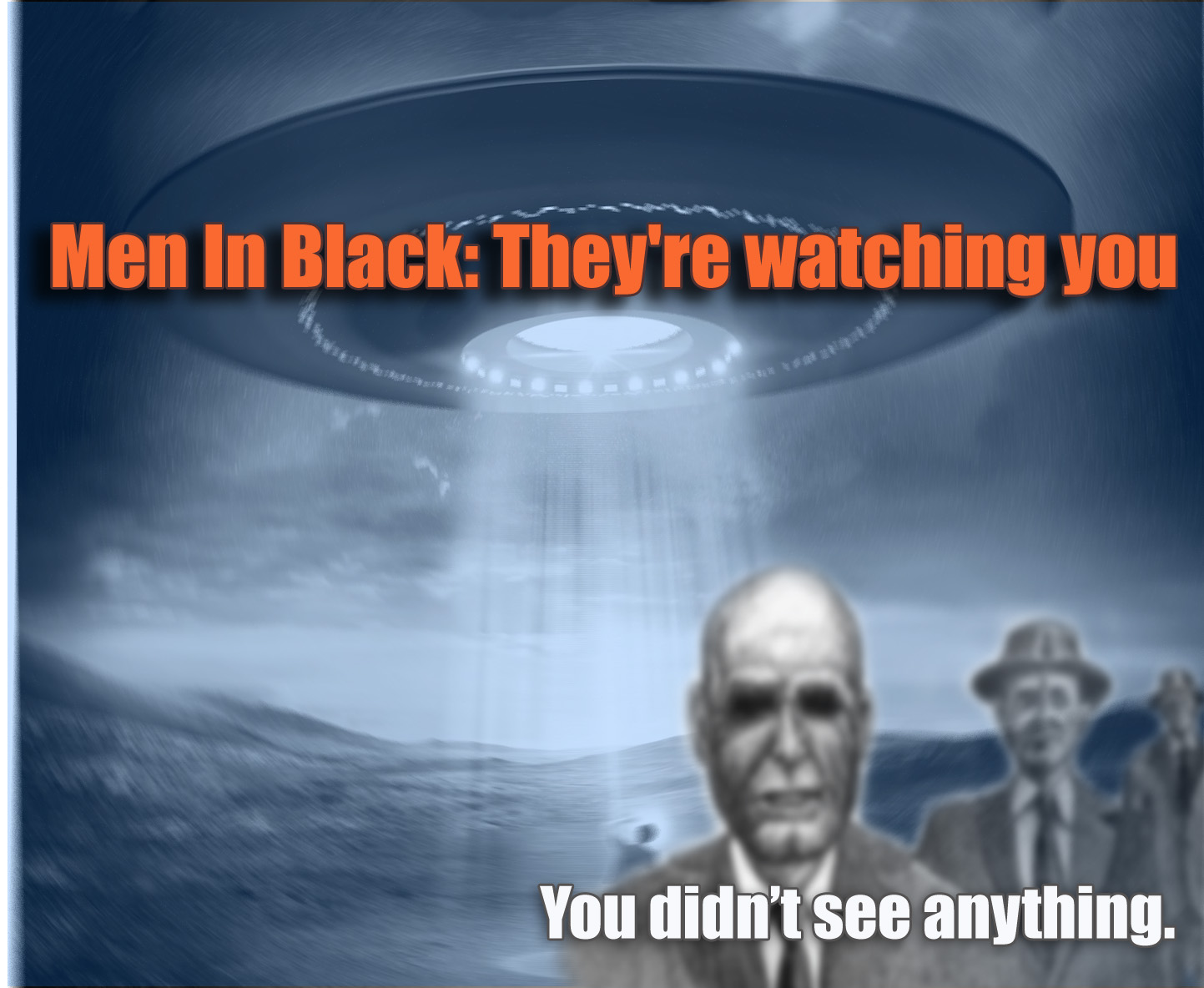 Weeks before Kenneth Arnold described seeing strange crafts flying ‘…like saucers skipping on water.’, there was another incredible claim of a UFO sighting coming from the dark, frigid waters of Puget Sound.

It was in June of 1947 when Fred Crisman and Harold Dahl were out patrolling the harbor near Maury Island in Puget Sound. Both of the men, including a few other hands-on-deck, looked towards the sky and noticed six doughnut-shaped objects hovering silently above their boat. Chrisman and Dahl stood completely transfixed at the bright lights above them.

Unable to move or 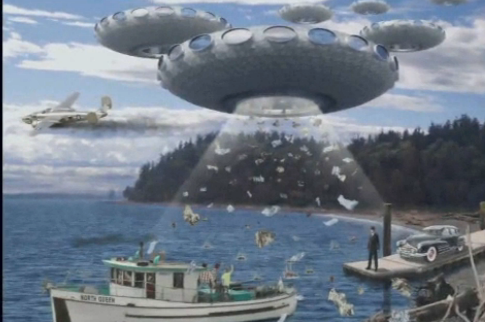 speak, much less instruct their crew on what to do next. As their story goes, one of the doughnut-shaped objects began to dump strange material that “…resembled lava or white metal.” According to the patrolmen, some of the material hit their boat, breaking the arm of one of the crewmen and killing a dog.

Crisman and Dahl’s claims in 1947 became known as the Maury Island Incident. However the reason I bring it up is because it is also the first reported case of a visitation by the menacing Men In Black. It was shortly after the incident in Puget Sound that Harold Dahl claimed that he had been warned to not speak about the alleged UFO sighting he and his crew encountered by a man in a dark suit.

A few years after that, in the 1950s and 60s, the prominent researcher John Keel began to write about the strange encounters with these darkly clad men they would have after having witnessed something unexplainable in the sky. Way before the Jiggy-fication of the Men In Black by Will Smith, the MIB were seen as ominous figures.

How credible are the stories about the witnesses that are being silenced and having their stories buried? What do we say to those who claimed to have encountered these dark, pallbearer figures that exist in the world of UFOs?

There are those who claim that the MIB sometimes appear non-human. As if somehow extraterrestrial beings were secretly working with some cryptic U.S. government agency. Take Dan Akroyd’s account for example. Here’s a man who has done some tremendous work in the field of Ufology claiming that in broad daylight, on 8th and 42nd, smack-down in a busy Manhattan street, some strange and unusual people were watching his every move:

“…I was outside and Britney Spears had called me because she wanted me to appear on SNL with her. I was outside having a cigarette, the phone rang…’oh, sure Britney, how you been?’ when I turned away like this, there was a black Ford across the road.”

Hours after Mr. Akroyd’s strange encounter he goes on to learn that someone had pulled the plug on his SyFy Channel show. That after being given the green light and having taped and edited several episodes someone changed their mind. Possibly under threat. Possibly not. The only thing we know is that those few episodes never aired and the strange story Mr. Akroyd tells.

Sure, television shows get canceled all the time. Some even get canceled before the first episode even airs. However when your subject matter is full of hard, factual evidence it goes without saying that someone out there will want to silence you. Especially if you begin to prod into incidents like the Rendlesham Forest incident or anything pertaining to the Majestic 12.

Are aliens and agencies working together to silence those who dare speak out? If so, what don’t they want us to know? What are we to make of those credible reports of the fabled Men In Black?