The monster in the closet: When should you panic? 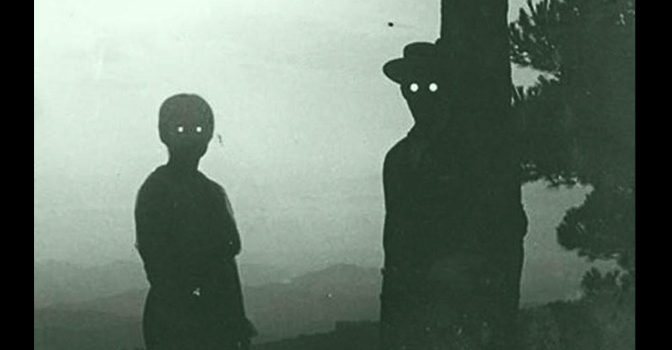 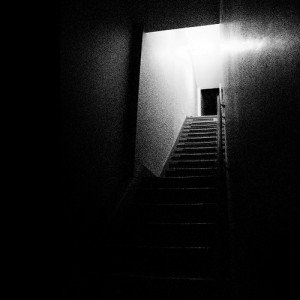 “When I was 3 we lived in a house in Elgin, Illinois that I was born in. I wasn’t allowed in the basement because it had paint, chemicals, tools etc. But I was allowed to sit on the top step, which I did quite often.

The only light was a single hanging light bulb which was always left on because it was a pull string light, and had no switch. I would sit at the top of the stairs and listen to the two men talk. I can barely remember, but I liked their conversations because they were funny. Kind of like two old men ribbing each other and cracking jokes non-stop.

They weren’t shadow people, but literally shadows cast onto the wall by the light. I never saw the source of the shadows because I wasn’t allowed past the top step. But one of the shadows looked like a man in a hat and trench coat, like the dude on neighborhood watch signs. The second I can only describe as Grimace, the fictional McDonald’s character.

My parents both still remember and have zero explanation for it, but I vividly remember their voices and shadows were not imaginary, but very real. –Reddit user“

Late into the night, just as you’re drifting into sleep, your bedroom door creaks open. It’s three in the morning and your child is at your doorway. Rubbing sleep off their eyes, they ask: “Who’s the little woman that lives in the closet?”

My guess is that if a child were to ask that particular question, you’d be putting your house up for sale that same day.

Most of us tend to dismiss children’s accounts of strange looking shadows, often reassuring the child that what they’re seeing is just their imagination. And why wouldn’t we? A child’s developing brain can easily trigger phases of vivid imagination. In a PsychologyToday article, Dr. Deborah Schurman-Kauflin talks about how children with autism might be the first to recognize the paranormal. Aside from mental illness and hallucinations caused by medication, Dr. Schurman-Kauflin has compiled a few of her cases that defy logical explanation. Cases involving autistic children that she possible considers to be paranormal in nature. Cases like that of Melissa from Texas:

“Melissa is a single mom to 12 year old autistic Daniel. From the time he was little, Daniel would look up at the ceiling and react to some invisible being. As he got older, Daniel would draw pictures of an old man in a cowboy hat and say things like ‘he here.’ He’d point to the picture, then at the ceiling. With time, Melissa became worried about her son’s mental health and took him to a neurologist who found nothing wrong but referred Daniel to a psychiatrist.

Though Daniel showed no other signs of psychosis other than seemingly seeing something in the home, the psychiatrist said Daniel was psychotic. This was a real blow, and Melissa was devastated. Yet, Daniel wasn’t the only family member to see the old cowboy. Even though Melissa hadn’t seen him, her mother had. And Daniel’s nine year old brother had seen and heard the man as well. It wasn’t until a neighbor saw the cowboy that Melissa began to believe there was more at work than a psychosis. 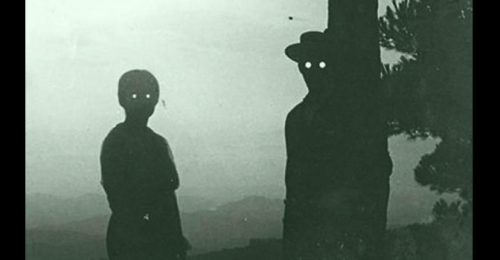 Living in Texas, it wasn’t a stretch that you might see an apparition of a cowboy. And Melissa began asking questions about the area where her family lived. She never did find out if anyone had died on the property, but after asking around, she found there were other people in the neighborhood who had had strange things happening in their homes too. They talked about things moving on their own. Doors slammed when the windows were closed. Melissa is convinced that her family has contact with the paranormal. She is very angry that her son was labeled as psychotic when he clearly was not. Since coming to terms with it, Melissa said the activity lessened.“

Cases like Melissa’s are rare, however pediatricians and child psychologists often report strange and unexplained events. Most of which are dismissed as a child’s wild imagination. (Read: The Ammons Family Poltergeist)

Could it be that the child’s brain is influenced by external forces, causing vivid hallucinations? That is to say; If the Johnson family lived under a web of power lines, would their toddler be susceptible to the strong electromagnetic fields created by the high voltage swarming around them? Well Dr. Olaf Blanke from Switzerland’s Laboratory of Cognitive Neuroscience might have answered that question. Blanke and colleagues have identified certain regions of the human brain that is responsible for the ‘feeling of a presence’ illusion. Going a bit further, they’ve also developed a way to trick a person into seeing an actual ghostly apparition.

Neurological and Robot-Controlled Induction of an Apparition

Tales of ghosts, wraiths, and other apparitions have been reported in virtually all cultures. The strange sensation that somebody is nearby when no one is actually present and cannot be seen (feeling of a presence, FoP) is a fascinating feat of the human mind, and this apparition is often covered in the literature of divinity, occultism, and fiction.

Although it is described by neurological and psychiatric patients and healthy individuals in different situations, it is not yet understood how the phenomenon is triggered by the brain. 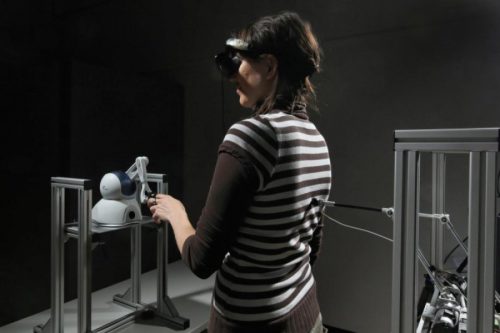 Here, we performed lesion analysis in neurological FoP patients, supported by an analysis of associated neurological deficits. Our data show that the FoP is an illusory own-body perception with well-defined characteristics that is associated with sensorimotor loss and caused by lesions in three distinct brain regions: temporoparietal, insular, and especially frontoparietal cortex. Based on these data and recent experimental advances of multisensory own-body illusions, we designed a master-slave robotic system that generated specific sensorimotor conflicts and enabled us to induce the FoP and related illusory own-body perceptions experimentally in normal participants.

These data show that the illusion of feeling another person nearby is caused by misperceiving the source and identity of sensorimotor (tactile, proprioceptive, and motor) signals of one’s own body. Our findings reveal the neural mechanisms of the FoP, highlight the subtle balance of brain mechanisms that generate the experience of “self” and “other,” and advance the understanding of the brain mechanisms responsible for hallucinations in schizophrenia.

More than a decade ago, Dr. Olaf managed to create a shadow person by electrically stimulating the temporoparietal junction region of the brain. Resulting in the patient ‘feeling a presence’ as well as seeing an illusory shadow person that mimicked their moves and posture. The experiment successfully proved that by stimulating certain parts of the brain, you could trick your brain into seeing ghosts. Which brings us to the age-old question: Are most claims of a ghostly apparition a product of a brain defect?

Induction of an illusory shadow person

Lesion overlap analysis for the FoP

The strange sensation that somebody is nearby when no one is actually present has been described by psychiatric and neurological patients, as well as by healthy subjects, but it is not understood how the illusion is triggered by the brain. Here we describe the repeated induction of this sensation in a patient who was undergoing presurgical evaluation for epilepsy treatment, as a result of focal electrical stimulation of the left temporoparietal junction: the illusory person closely ‘shadowed’ changes in the patient’s body position and posture. These perceptions may have been due to a disturbance in the multisensory processing of body and self at the temporoparietal junction.

So say you don’t live under a buzzing nest of power lines. Say that your child has seen every type of doctor there is to see, yet they’re still claiming that the little woman in their closet is coming out at night to sit at the foot of their bed. Then you would probably start to entertain the idea that maybe there’s something living inside little Johnnie’s closet.

The video below shows one such possible moment. A terrifying turn to an otherwise normal interaction with a child caught on video.