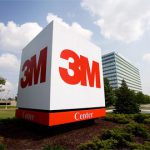 Every job has its safety hazards. Whether you run the risk of falling off a telephone poll or trip over the printer cord, there are several unseen dangers in the workplace. However it’s one thing to spill your coffee over your keyboard and another to accidentally create a powerful force field that traps your coworkers.

On a humid summer day in 1980, employees at the South Carolina 3M corporation were checking the 50,000 foot rolls of 20ft-wide Polypropylene spools. This plastic film was being slit, cut, and transferred onto other spools. The thin film was being pulled upwards from a big roll, speeding through 20 feet of overhead rollers before being pulled down to the splitting rollers. This created a cube-shaped tent over the factory floor and employees.

One of the most dangerous aspects besides the fast moving spools was the static cling the rollers produced. This static can be measured by the megavolt, making it a powerful shock if you happen to get zapped. However, on an otherwise normal summer day, something strange occurred in the processing plant. An anomaly that no one could have ever predicted or envisioned. Something that we usually read about in science fiction. The static produced by the rollers, combined with the humidity that day created an invisible wall. A force field of sorts that trapped some employees in a terrifying frozen stance.

David Swenson, an employee of the 3M corporation had heard about the anomaly from other employees that morning. Upon entering the room with the rollers, Mr. Swenson’s handheld electrometer jolted to life. The needle was at full scale, twitching on the red side of the meter. He felt the static in the air pulling on the hair on his arms and back of the neck. As Mr. Swenson walked closer to the “tent” formed by the operation, he began to feel like he was walking in water. Others were shocked to see Swenson struggle to take a few steps forward, as if being pushed back by a strong wind.

The closer he got, the more he was unable to move. Eventually the force was so great that Mr. Swenson wasn’t able to move forward at all. No matter how much of his weight he used to lean forward, he was frozen inside the force field. While unable to move, Mr. Swenson observed a fly getting pulled into the electrostatic field. He later speculated that the pull might have been strong enough to trap a passing bird.

Eventually he freed himself from the static grip by walking backwards, away from the field. When Mr. Swenson talked to the production manager and told him about this strange force field that had been created, the manager scoffed it off. By that time, the rollers were no longer producing the strange effect but the workers realized that this only happened in the early morning hours. By this time, the production manager was skeptical of the claims but agreed to come in early the next day to have a look himself. Sure enough, the following day the strange phenomena was again observed.

The 3M employees were able to successfully create a full-sized force field by running the Polypropylene spools. The only comment the production manager had for his employees was that he “didn’t know whether to fix it or sell tickets.”

Once the engineers were able to determine the cause of the strong current of ionized air and static electricity that created this force field, the anomaly stopped. Never to be reproduced in a lab or reported in a manufacturing plant ever again.