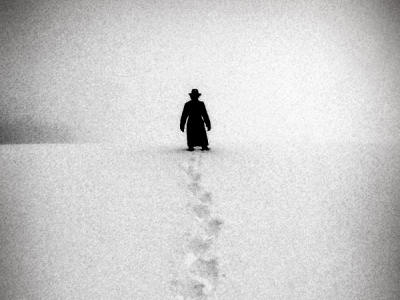 In the southernmost region of the Indian Ocean, barren and Isolated in the vast dark waters sit a cluster of islands known as the Kerguelen Islands or commonly known as the Desolation Islands. A place on earth almost void of any land-dwelling creature and shaped by the stark freezing winds that howl across the landscape. In 1840 a team of explorers visited the tiny islands on their way to Antartica and quickly discovered that the island wasn’t as desolate as they thought it would be.

Explorer James Clark Ross and his crew came across a set of strange hoofprints in the undisturbed snow of what they thought was a donkey or pony. The tracks were three inches long and

two and a half inches across.  Unlike the tracks they were used to seeing anywhere else,  these were a singular set of tracks. A single print, following another that could be seen for miles in the snow-blanketed landscape. The island was no longer desolate. Something else, something bipedal with hooves lurked ahead of the expedition team. 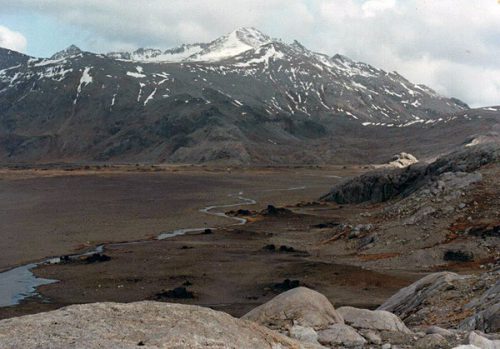 Captain Sir J.C. Ross’s party saw no land animals, and the only traces of there being any upon the island were the singular foot-prints of a pony or ass, about three inches in length and two and a half in breadth, having a small and deeper depression on each side and shaped like a horse shoe. The animal had probably been cast on shore from some wrecked vessel: its foot-prints were traced for some distance in the recently fallen snow in hopes of getting sight of it; but the tracks were lost on reaching a large space of rocky ground which was free from snow.

— John Nunn, Narrative of the Wreck of the “Favorite” on the Island of Desolation, 1850 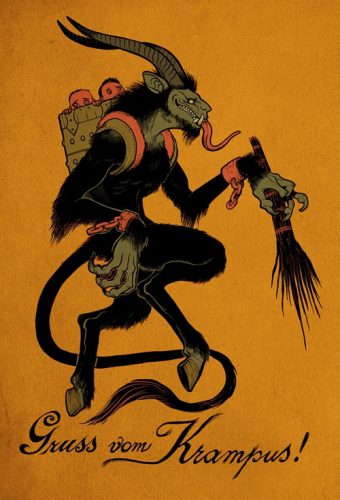 In olden days, sailors used to jettison horses from their boats and into the choppy sea waters to lessen the load or when the animals became too ill to care for. A marooned horse would be an explanation for the out-of-place hoofprints in an otherwise barren island. But as far as I know, there are no bipedal horses around. Or any bipedal creature that would leave a set of single file hoofprints in the snow. The crew never found out what left those mysterious tracks in the snow. An unanswered question they were all too happy to leave behind as they set forth towards Antartica.

That same year of 1840, worlds and oceans away, the same type of unexplainable hoofprints appeared on fresh snowfall in Scotland.

Among the high mountains of that elevated district where Glenorchy, Glenlyon and Glenochay are contiguous, there have been met with several times, during this and also the former winter, upon the snow, the tracks of an animal seemingly unknown at present in Scotland. The print of the foot in every respect is an exact resemblance of that of a foal of considerable size, with this small difference perhaps, that the sole seems a little longer or not so round; but, as no one has had the good fortune as yet to have obtained a glimpse of this creature, nothing more can be said of its shape or dimensions; only it has been remarked, from the depth to which the feet sunk in the snow, that it must be a beast of considerable size; it has been observed also, that its walk is not like that of the generality of quadrupeds, but that it is more like the bounding or limping of a hare when not scared or pursued. It is not in one locality only that its tracks have been met with, but through a range of at least twelve miles…

Fifteen years after the Desolation Islands encounter and the Scotland tracks, a similar set of mysterious tracks appeared once more. This time around the eastern and southern parts in Devon, England.  On the nights of February eighth and ninth of 1855 the strange single file hoofprints were seen across thirty locations in Devon and the nearby town of Dorset. Like the ones before, these hoofprints were small, measuring around four inches long and three across. They were in a single file, eight to six inches apart and printed clearly on the fresh snow. It was reported that the tracks covered an area of 100 or so miles and traversed across rivers, houses, gardens, and haystacks.  Where there was snow, there were tracks. The mystery was quickly dubbed the “Devil’s footprints” of Devon.

“It appears on Thursday night last, there was a very heavy snowfall in the neighbourhood of Exeter and the South of Devon. On the following morning the inhabitants of the above towns were surprised at discovering the footmarks of some strange and mysterious animal endowed with the power of ubiquity, as the footprints were to be seen in all kinds of unaccountable places – on the tops of houses and narrow walls, in gardens and court-yards, enclosed by high walls and pailings, as well in open fields.” – “Miscellaneous Extracts”. Bell’s Life in Sydney and Sporting Reviewer (NSW : 1845–1860). 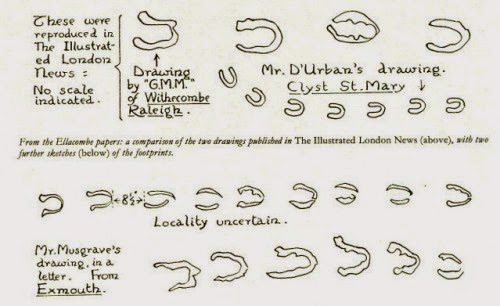 Unlike the singular Desolation Islands tracks, these cloven tracks went all over the place and in various directions. The townspeople reported tracks that led to the front doors of various homes, however no one reported seeing or hearing anything unusual the night before. As if whatever had made these tracks was out looking for something or someone.

Letter to the London News editor

There are several theories that have tried to explain the mystery tracks found across the globe, however these theories fall short of a full, rational explanation to the eerie phenomena.  Hoaxers, hopping mice, atmospheric anomalies, and even a balloon  have all been used to try and explain how the tracks were formed. Out of all these theories, a hoax would probably be the best explanation to these tracks. However that wouldn’t explain those prints seen in the most desolate of places.