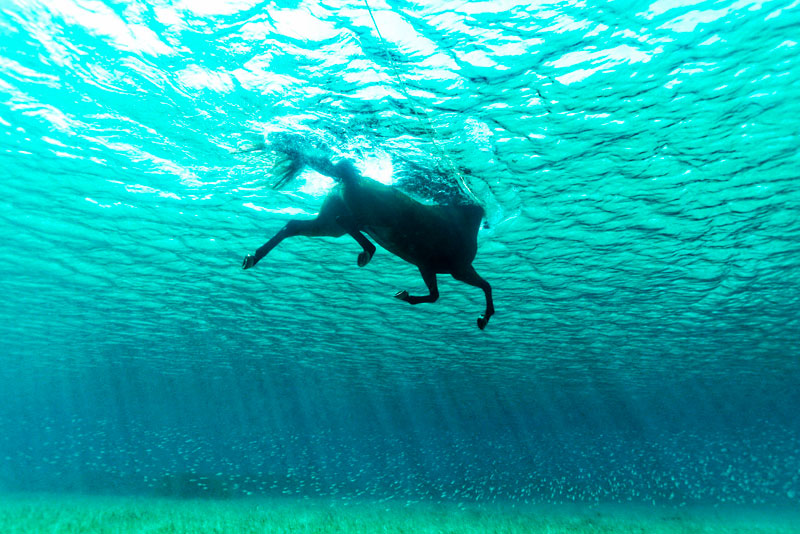 Thalassophobia is the compulsive fear of the sea or sea travel. That also extends to a fear of any large body of water, or what lurks beneath. Most of us land-dwellers have this phobia and for good reasons. We’re the post Jaws, post Black Lagoon generation and that usually means that we’ll think twice about taking a dip in a beach or lake.

In 1879 an out of place object in the Atlantic waters gave Captain Edwards quite a shock. Three miles off the Rhode Island coast, the fishing vessel, the Amelia, was making its way onto the shore. The seasoned captain of the vessel had spotted a dark object, disappearing and reappearing in the choppy waters of the Atlantic. As his boat came closer to the object, he realized that it was the head of a horse. Captain Edwards didn’t know what to think. What was a land-dwelling, majestic creature like the horse doing in the middle of the ocean? 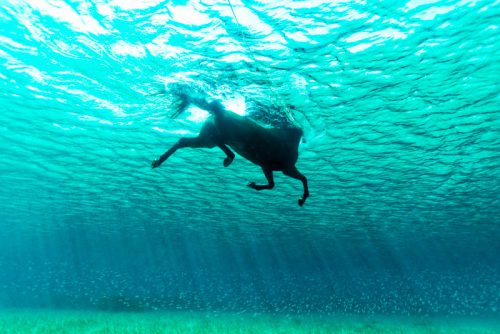 “…He made sail but could not overhaul the animal, which was making desperate struggles to reach the main land three miles away. At times he would disappear from sight in the waves which broke over him,–the sea running very high at the time,–but a moment later would reappear, and with a loud snort and toss of the head, would shake off the water from his ears and eyes, and then renew the struggle. At last he made the shore, and, without pausing a moment, dashed up the beach, his long tail and curling mane floating outward on the wind. The splendid animal was possessed of immense strength, else he could not have swam that long distance in such a sea. Where he came from nobody knows. No vessel was in sight from which he could have escaped.

Although not paranormal in nature, what captain Edwards encountered in the Atlantic was definitely strange. Fast forward four years later, to when another vessel came in contact with a strange animal in the middle of the ocean. This time, for the crew of the Annie L. Hall, the encounter was more on the paranormal side.

“Captain Augustus G. Hall and the crew of the schooner Annie L. Hall vouch for the following: On March 30, while on the Grand Bank, in latitude 40° 10′, longitude 33°, they 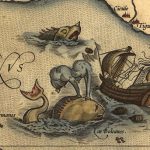 discovered an immense live trunk turtle, which was at first thought to be a vessel bottom up.

The schooner passed within twenty-five feet of the monster, and those on board had ample opportunity to estimate its dimensions by a comparison with the length of the schooner. The turtle was at least 40 feet long, 30 feet wide, and 30 feet from the apex of the back to the bottom of the under shell. The flippers were 20 feet long. It was not deemed advisable to attempt its capture.”

Going back a few decades, to when a missionary named Hans Egede reported something strange on his trip to Greenland. An unusual creature that he and his crew had never seen before.
Hans Egede traveled extensively from Norway to Greenland and back, between the years 1721 and 1735. It was on the 6th of July, 1734 that he encountered a ‘terrible sea-animal’. 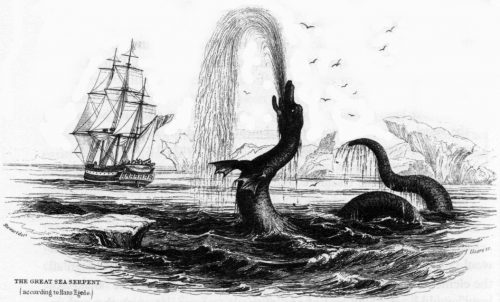 ” On the 6th of July 1734, there appeared a very terrible sea-animal which raised itself above the water. It’s head seemed to reach the maintop. It had a long sharp snout, it blew like a whale, had broad large flappers and the body was, as it were, covered with a hard skin, very wrinkled. Moreover, the lower part was snakelike. When it submerged it raised its tail above the water, a whole ship length from its body. —Wikipedia “