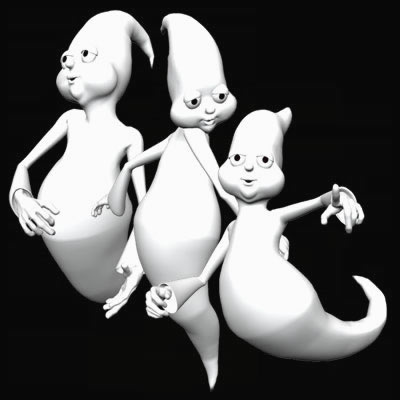 By no means will proof of the paranormal be an easy feat. It might even turn out to be highly improbable. Compared to most of today’s subjects of skepticism, the paranormal will, without a doubt, be the hardest to prove.  Bigfoot will either be found or forgotten due to population expansion and ultimately, technology. We will, sooner than later, have the capability to see the Earth in real time from satellites (publicly available that is), or have inexpensive UAV’s flying around sparsely populated areas, keeping an eye out. Someday soon, camera’s in phones will have the capabilities of their full size counterparts currently, and someone may catch a Bigfoot on their phone, with little skepticism to follow. Of course, a body might be found and that would end the argument for once and for all.

UFO’s will fall to the same fate although in different fashion. With the advent of small space pioneering companies, who will be creating their own rockets and have their own ‘mission control’ will also have their own state of the art radar facilities.  No longer can conspiracy theorists blame the Federal government for cover-ups and disinformation, there will be a slew of companies who will be monitoring the heavens and incidently will pick up UFO’s. Once again, cellphone camera’s will give us crystal clear pictures of these craft, and sooner or later, we will have proof of extra-terestrial intelligent life. Then again, we might be contacted, and  hopefully not like in Independence Day!

The paranormal on the other hand will be tucked away in it’s protective little niche of intangibility. Unfortunately, computers have opened Pandora’s Box when it comes to spirits.  We have already seen frauds and hoax’s, tricks and pranks.  Not that UFOs or Bigfoot are immune to this, it is just that sooner or later, UFOs or Bigfoot will be proven due to incidence.  Ghosts, for the most part, will be unavailable when it comes to evidence. Someone might find a dead Bigfoot and toss him into a cooler *chuckle*, or someone may have E.T. handcuffed in the trunk of their car, but what about a paranormal entity?

Currently, the best evidence on the paranormal is suspect. Digital media can be falsified, and this is the paranormal investigator’s foremost medium to work with. EVP’s and ‘spirit boxes’ receive more skepticism, it seems, than photographs. Personal experiences are subjective, and group experiences are rare being it that investigative teams work in small, tightnit groups who are also subject to skepticism because people can falsify their claims. This leaves us with…nothing to work with.

If I had to prove the existence of the paranormal, I would think that I would have to go with a media blanket. Let us say that I could get into and stay at a haunted location for a weeks worth of time. I would have to saturate the house with video and audio recorders. The video recorders would be set up in peer fashion, having been set up in another recorder’s field of view, if not just merely pointed at one another. This defeats attack by skeptics and helps validate the evidence. After evidence has been acquired, I would take everything to specialists in the field to validate against tampering. I would repeat this method and the same place again and again, and if I was successful multiple times, then I would move onto another location and repeat the processes.