Citizen Hearing On Disclosure: We Need Science, Not Self-Promotion 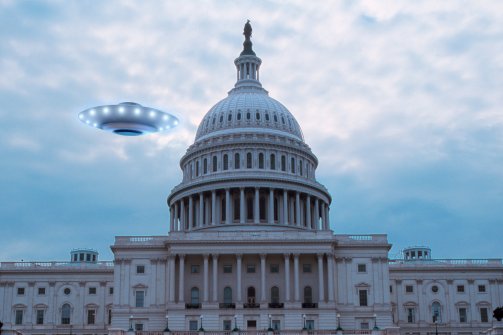 The Citizen Hearing On Disclosure is well underway in Washington, D.C.  The five day event (April 29th – May 3) was setup by the CHD with the intention of bringing light to the subject of Disclosure. but unfortunately for them, they’ve only manage to attract negative attention and heavy criticism from the public and media.

Dr. Steven Greer’s recent UFO documentary ‘Sirius‘ is already out for download. The reviews for the documentary in which Dr. Greer and a team of researchers claim to have in their possession an extraterrestrial 6-inch life form, have been dismal. The documentary and evidence presented to the public is nothing more than rehashed information that these researchers have peddled for the past few decades.

I turned to Reddit for some reviews on Sirius and found this one posted by smackfrog to be informative:

I watched Sirius last night with my family…all of us very well versed on the subject matter, and we all had a similar response: This was a huge missed opportunity for the UFO community to gain legitimacy.

-Greer has an amazing ability to connect important people and to mass market the subject.

-Way too much trying to explain the macro, not enough on UFO evidence or actual disclosure.

-He has 200+ credible eye-witness testimony, but there wasn’t enough interview footage.

-20+ governments have released their UFO files? OK, what did they say?

-Way to much existential bullshit like his CE-5 meditating crap

-Free energy? Huge claim and huge subject to cover, yet they breexed through it in like 2 minutes, with almost no evidence or credible reference.

Overall, just a lazy production that was unorganized at best. Greer tried to intertwine his personal story and movement rather than focus on actual disclosure or real evidence. He stepped his foot into about 20 rabbit holes but didn’t delve into any of them. At best, this is a decent intro movie to a lowest common denominator audience that might plant a seed or two for future productions, nothing more.

I think Reddit user smackfrog said it best. ‘This was a huge opportunity for the UFO community to gain legitimacy.’ It’s obvious that the CHD and those behind it know how to market an idea. They have that down to a science. Unfortunately for us, the real science is not there as far as Ufology is concerned. Besides the bad reviews for the documentary, the CHD was dealt another crippling blow by a recent article posted by The Guardian UK about the UFO hearing paying some of the former Congressmen and Senators $20,000 just to legitimize their claims:

The politicians who made up the committee were given just five minutes each to cross-examine witnesses, but defended their presence and the $20,000 “honorarium”.

“I would not have come if I thought it was damaging to my reputation,” said California Democrat Lynn Woolsey, who retired from Congress this year after 10 terms in office. “I am here because I believe in transparency.”

Roscoe Bartlett, a Tea Party Republican from Maryland who served 10 terms in Congress and chaired a sub-committee of the House armed services committtee, said: “Extraterrestrials are not anti-biblical. Read the book of Job – it’s all there.”

Senator Mike Gravel, a Democrat who represented Alaska for 22 years, added: “It is the height of human arrogance to think that we are the only sentient humans [sic] in the universe that can think.” –source: Guardian UK

‘Extraterrestrials are not anti-biblical…‘ I’m not sure what former Congressman Roscoe Bartlett meant by his statement to the press (or his contributions to Ufology for that matter) so I decided to dig a little into the lives of some of the members of the Disclosure committee. Here’s what I found:

The former Congressman has had his share of craziness during his term. He’s been accused of being temperamental, delusional, and displays erratic behavior. These being the words of his own staff: 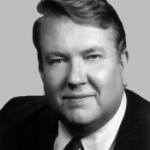 Both Cook, 54, and Smith, 35, are conservatives who oppose gun control and abortion rights. The race has focused instead on Cook’s temper and accusations of erratic behavior from former staffers. Cook, after a half-dozen unsuccessful campaigns for everything from school board to governor, won the House seat in 1996. In years past, he angered many by running a citizens’ initiative against a GOP tax increase and briefly leaving the party to challenge a Republican governor.

Two years ago, Cook was briefly banned from state GOP headquarters after a foul-mouthed tirade days before the November election. Soon after he won his second term, Cook fired chief of staff Janet Jenson, who accused him of delusional behavior.

”Merrill has taken up permanent residence in whacko land,” Jenson wrote in an office e-mail. ”If he asks you to fax his underwear to the speaker’s office, please just do it.” –source: USA TODAY

The former Senator was part of the 9/11 CC (9/11 Citizens Commission) and sought the truth about the September 11th terrorist attack. Unfortunately for the victims, Senator Gravel had another agenda in mind when he gained access to the 9/11 commission’s monetary funds. The former Senator has also been tied with the Holocaust Denial Movement. In 2003 Gravel appeared as a speaker at the Holocaust-denier’s publication and has since tried to distance himself from it.

Here’s an email that the  9/11CC board sent to all its donors about Senator Mike Gravel: 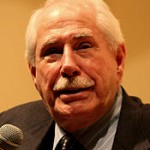 We have a responsibility to relate to you some very serious and unfortunate news: There has come a parting of the ways of Senator Mike Gravel from the rest of the 9-11cc team. Briefly, the pivotal event of that parting came to our attention in mid-December when we found that our bank account, under the sole control of Mike Gravel, was being tapped for large, unauthorized expenditures paid to promote an unrelated campaign of Mike’s – his National Initiative for Democracy (NI4D).

When this disturbing item was put on our Campaign Team’s agenda for the next team meeting, Mike Gravel, for the first time, declined to participate, and instead sent a long letter in which he expressed his intention to dissolve the legal entity that our 9-11cc organization had established to enable us to collect funds. Mike Gravel further informed us of his plan to transfer the 9-11cc’s funds to his own, unrelated NI4D campaign.

Both of Mike’s proposals were rejected by all other members of the board. Although as a Board we had been in discussion for several months about refinements to our path going forward, these radical, unilateral decisions by Mike Gravel came as a complete shock to us. Shortly thereafter, our treasurer, George Ripley, made an unsuccessful attempt to have our accountant freeze our bank account to prevent further unauthorized and unaccounted-for expenditures.

As our Board prepared to meet two nights later to consider our response (a meeting Mike Gravel again chose not to attend), we found that $25,000 more had been withdrawn that same day from our bank account, leaving only about a $6,000 balance (now ~$1000). We tried in vain up to and throughout the Christmas holidays to use reason and peer pressure to get Mike Gravel back into productive communication with the rest of the Board, and to persuade him to return the donated funds to the Citizen’s Commission Campaign –source: 911 Truth News

The 86 year old is a member of the Tea Party Movement and has publicly spoken against immigration and immigrants.

The out-of-touch former Congressman is one of the founders of the Congressional EMP Caucus. A committee started to form a grid protection against an EMP (Electro Magnetic Pulse) attack on the United States: 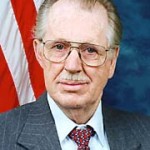 Americans should be relieved to know that the bipartisan Congressional EMP Caucus, which I head with Representatives Yvette Clarke (a Democrat from New York) and Trent Franks (a Republican from Arizona), is working with colleagues to protect our grid from EMP – Roscoe Bartlett . –source: New York Times

Carolyn Kilpatrick’s son is former Detroit mayor Kwame Kilpatrick. Kwame Kilpatrick is facing up to 30 years in prison for charges of sexual misconduct, racketeering, and obstruction of justice. The former Congresswoman has battled financial problems since her family’s involvement in multiple scandals: 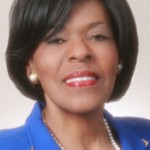 Prosecutors said Kilpatrick ran a “private profit machine” out of Detroit’s City Hall. The government presented evidence to show he got a share of the spoils after ensuring that Bobby Ferguson’s excavating company was awarded millions in work from the water department.

Business owners said they were forced to hire Ferguson as a subcontractor or risk losing city contracts. Separately, fundraiser Emma Bell said she gave Kilpatrick more than $200,000 as his personal cut of political donations, pulling cash from her bra during private meetings. A high-ranking aide, Derrick Miller, told jurors that he often was the middle man, passing bribes from others.

Ferguson, Kilpatrick’s pal, was also convicted of a racketeering conspiracy charge. The jury could not reach a verdict on the same charge for Kilpatrick’s father, Bernard Kilpatrick, but convicted him of submitting a false tax return. –source: NJ.com

With such a colorful committee it’s no wonder why most of the media scoffs at the CHD’s futile attempt at legitimizing their mission. They seem disorganized, ill-equipped, and without a clue as to what they really want from the government. We hear them screaming for disclosure and public access to supposed top secret UFO files, but what does all that mean? What files? Disclosure of what?

Are they saying that the government has access to alien technology and that it is their obligation to disclose this to the public?

And if the government did have the bodies of little green men in glass tanks filled with formaldehyde and happen to be in a good mood one day and release all this information to us, then what?

What will we do differently then, than what we do now?

NASA is barely holding on by a thread, surviving mainly by the  meager scraps that get tossed their way. The educational framework in this country is as weak as the economy and the CHD are worried about Uncle Sam possibly hiding E.T. in a closet somewhere?

I think we need to look at Ufology as a whole and demand better organization from the leading groups that have a legitimate interest in science. When that happens, science, not self-promotion, will lead the way to disclosure.