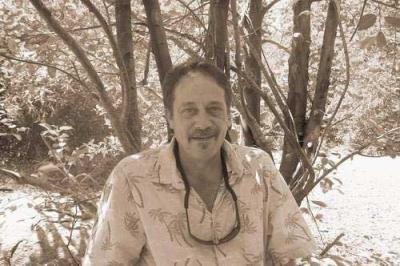 Bigfoot has been big in the news lately. Trust me when I say this, I see many links referring to Bigfoot in the news sources I check on a daily basis. Usually I don’t do Bigfoot stories, but I like what this guy is doing. William Barnes is not sitting on his hands, he is going all out, in the search for the elusive Bigfoot. When I say all out, I mean, 35 foot surveilance blimp all out. A blimp is an excellent platform for surveilance, as the military has researched recently (and getting soon) surveilance blimps that have high endurance of flight, and yet can be stable enough (weather dependent) to complete their mission. Another reason I love this approach by William is because I hinted to the fact of  UAV’s scouting out for Bigfoot previously in other articles.

A resident of Nevada City, Calif., William Barnes is a modern-day explorer whose strong sense of wonder fuels his drive to uncover age-old mysteries that have haunted humankind for centuries.

While some have written off Big Foot as a corny hoax after the Roger Patterson film of 1967 was widely discredited, many go on in search of the allusive man-beast, undetered in their quest for cryptozoological truth.

Having seen the creature with his own two eyes, Barnes is convinced there is something to the stories, and is determined to set out in July to capture photographic proof of the creature. To help rally support around the investigation, Barnes set up a website (www.bigfoot24-7.com) and described his search as “the most penetrating search for Sasquatch/Bigfoot ever conducted in North America.”

From his website, Barnes wrote, “As a weekend goldminer in Northern California, I had such a creature walk up to my tent, so close I could have touched it, and then walk past me and up the side of the hill. Since that night by the creek, I have pondered for years, about how one could be filmed for any length of time, and how it could be studied in it’s own safe habitat.”

When Barnes arrives in mid-July, he will be focusing on areas that have a history of sightings, “including the area around the Klammath River, and yes, I would be using historical sighting maps and documentation that has been deemed credible. I would not stop in one place for long durations, since there have been many sightings on the entire West Coast,” Barnes explained.

Barnes added that a great deal of preparation would be in order to make the study possible. “I would want residents of each area I plan to be in, to know what the blimp is doing there. It would be unfortunate if a pot grower, who didn’t understand my intentions, shot down my expensive blimp.”

And yes, Barnes plans on using a unique, one-of-a-kind 35-foot blimp that will hover over areas of special interest.

”Mine is being custom-made for the job it has to do. It is a remote control and is being made to go up to five hours fly time,” Barnes said. Meanwhile, his RV will act as a control center during the flyover and film investigation.

Barnes explained that it took him roughly 12 years to develop his unique method of filming Big Foot in the wild. Christened the “Falcon Project,” Barnes said that he is “the first person ever to do it this way.” Not going into great detail to reveal his procedures, Barnes said that his system is all run by electric, and all high-tech. “I can see up to 2,200 feet in the dark, and this will be almost all night work.”

Barnes acknowleges that films can be easy to fake, especially short ones. His plan therefore, is to film a documentary following the building of the blimp, installation of infrared cameras, and volunteers at work.

”The thermal-imaging cameras are the newest in today’s technology, and are the same as the ones being used by the military. The infrared camera can portray an image in the dark, as clearly as though it were in daylight,” Barnes added.

To assist Barnes in the endeavor, the Big Foot stalker will employ a five-person crew who will be alert to the creature’s presence around the clock.

Not afraid of skeptics or naysayers, Barnes explained that the reason why his project was concieved is to prove that the creature is real, and is not something fabricated to sell books and movies.

”Because it is controversial, human curiousity drives us to investigate further. Think about this: why do people buy tabloids in grocery stores, and why do celebraties allow their “secrets” to be exposed? Human curiousity.”

Barnes ended by saying that he would like our readers to know that his story isn’t “just a myth or publicity stunt.”

Other areas of interest to Barnes include Oregon, Washington, Texas, Arkansas, and Florida. (In Florida, there is a regional creature known as the Skunk Ape.)

The search for Big Foot will surely incur a Yeti-sized price tag, so Barnes is also in search of fellow believers and investors “who are as interested in discovering this elusive creature as I am. There is also a need for volunteers, hobbyists, and financial backers.”

Eddie Diaz is a team member of the Falcon Project, and added that he has always been interested in the Big Foot phenonomen.

”I was told of a theory along with the Bearing Strait. That Humans were not able to cross due to two factors, a Sasquatch like beast and a big cat with a saber tooth,” Diaz said.

”Those closed-minded folks are entitled to their opinions. What really intrigues me, and I bring up the question. How is it they all have steered away from people. A secret society that knows that if one is caught, there lives will change forever. Maybe they learned by watching their neighbors the Native American Indian vanish when they mingled with the whites. Lots of questions. And should we leave them alone for that reason alone?”

According to the Bigfoot Field Researchers Organization (www.bfro.net/), a total of 416 sightings in California have been reported since people began seeing the hirsute ape-men. Although last year, it seems that the creature took a respite from Humboldt County, as more recent sightings have been reported in Del Norte, Kern, and Shasta counties than anywhere else lately.